Despite the ongoing decline in global VC deals in Q2’16, large rounds by companies like Uber, Snapchat, and Didi Chuxing helped buoy investment. While these “decacorns” — companies valued at over $10B — continued to find funding, many investors chose to wait on the sidelines in Q2’16.

In the Q2’16 Venture Pulse Report from KPMG and CB Insights, we tracked global VC activity in Q2’16 and explored the issues that will affect the VC market going forward, including concern over startup valuations, the impact of Brexit, and the potential of artificial intelligence.

We recorded a slight rebound in the emergence of new private companies valued at $1B+ or more, though the rate remains far lower than the double-digit quarterly pace of new unicorns seen in mid-2015.

Q2’16 has also seen regulatory issues, layoffs, and valuation markdowns hit some members of the unicorn club. Although Q2’16 saw 2 more new unicorns than in the previous quarter, tightening in private markets has resulted in fewer than 10 VC-backed companies reaching $1B+ valuations in consecutive quarters, far below the two dozen or more new unicorns seen in Q2’15 and Q3’15. 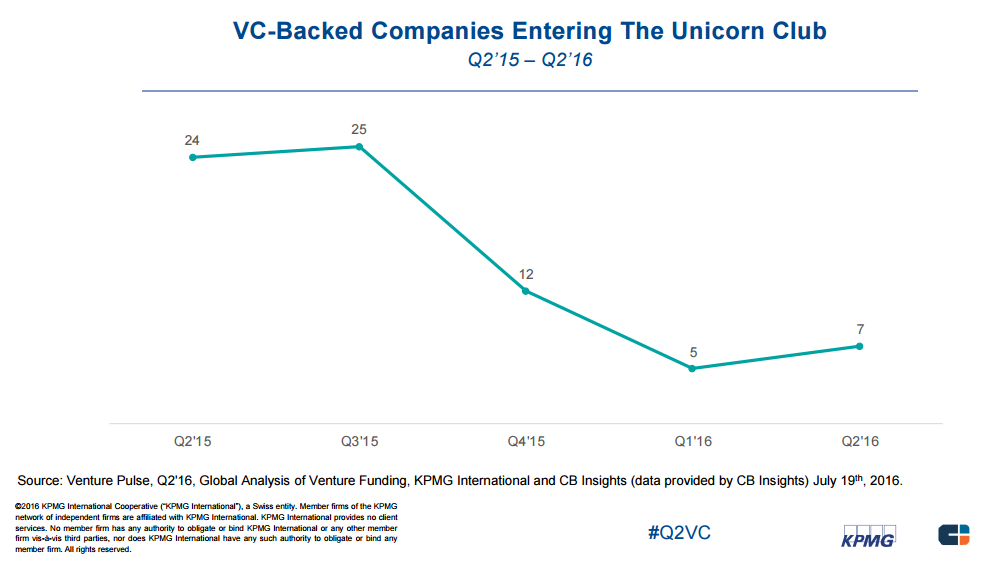 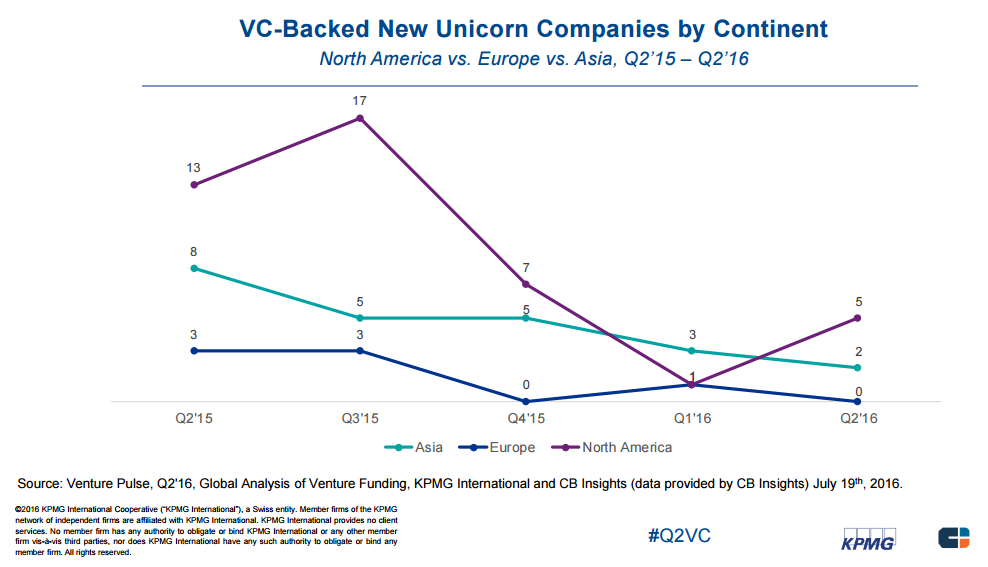 2015 saw investors write many $100M+ checks into private tech companies thanks in part to crossover investors, corporates and other-deep pocketed investors entering private markets and betting on unicorns (as well as other startups). 2016 has seen that trend cool significantly, with North America seeing just 14 $100M+ rounds in Q2’16 compared to a peak of 37 in Q3’15. Asia outpaced North America in $100M deals for the second quarter in a row. 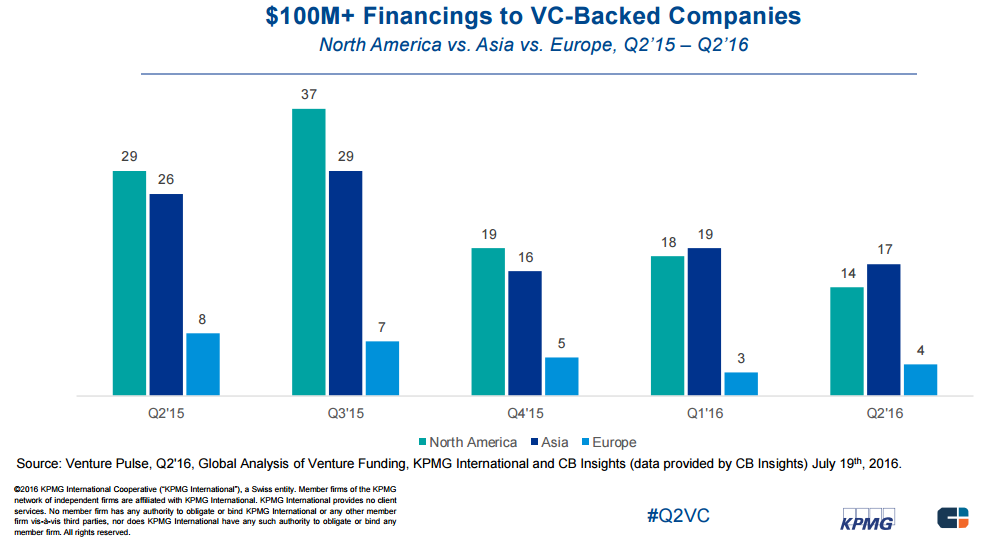