Research Brief
1585
Looking at data around $100M+ exits across the United States, Asia, and Europe since 2011.

Among venture-backed exits greater than $100 million, it looks like VCs may want to look outside of the US.

We analyzed CB Insights exit data and found that Asia has the highest rate of VC-backed exits over $100 million and Europe’s $100 million exits are the most capital efficient.

While the United States is the center of the tech world ($47.3 billion in venture capital invested across 3,617 deals in 2014), both Europe and Asia have emerged on the scene in recent years with massive financings and exits to match. With that in mind we looked at $100M+ exits of VC-backed tech companies since 2011 across each region. We found that while Asia has the highest % of $100M+ tech exits, investors in Europe tech companies may see the best cash on cash returns, as the continent saw the highest capital efficiency for $100M+ exits versus the other geos.

The chart below looks at the % of VC-backed tech exits annually since 2011, and what percentage of those exits were valued at $100M+.

The most mature market, the US, has remained fairly consistent, with three of the last four years between 20-22% of exits being $100M or greater.  It is worth noting that these ratios are for all exits in the region, regardless of if they had a reported valuation or not. Meanwhile, both Europe and Asia have fluctuated a bit more but have been relatively stable since 2012. 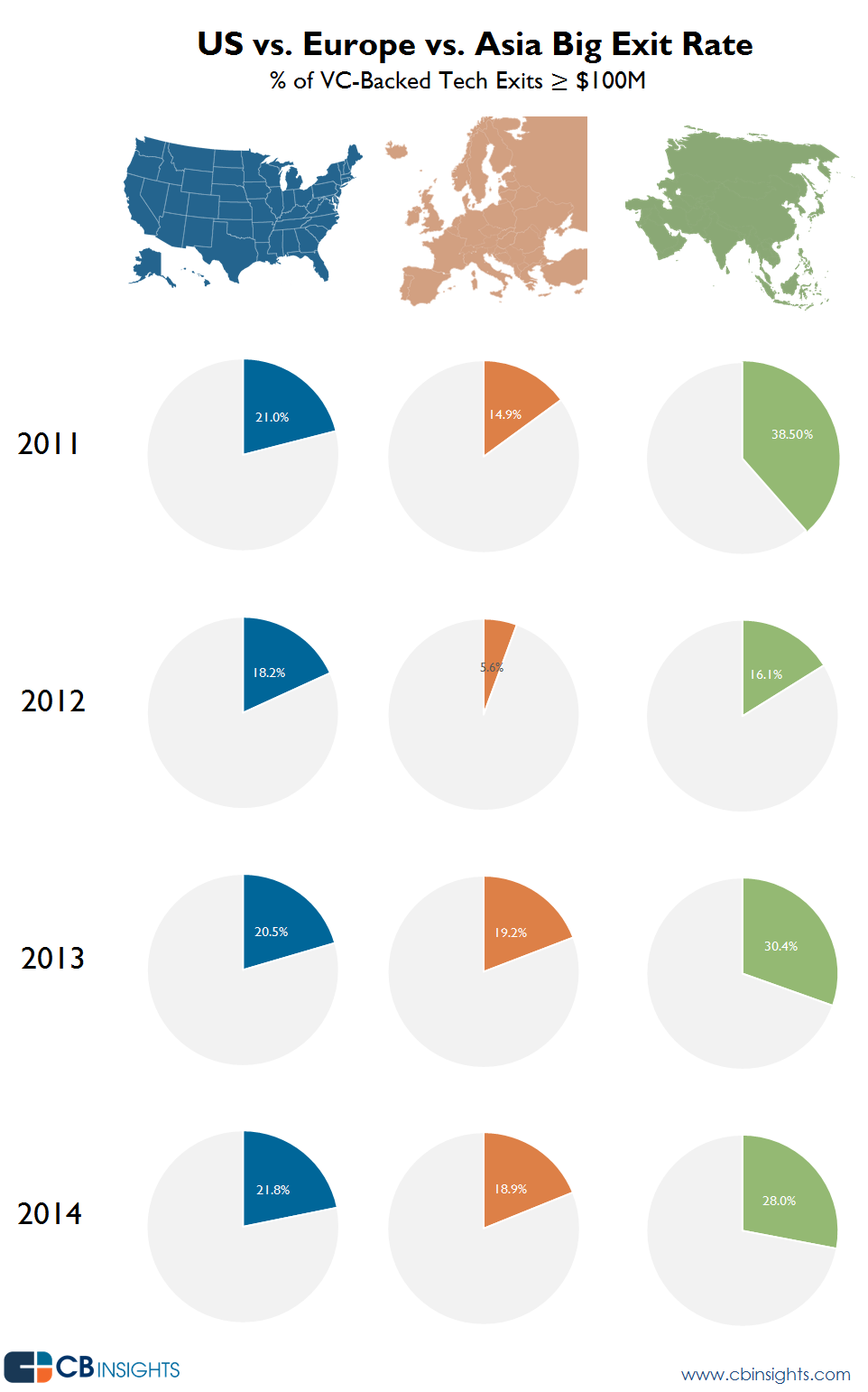 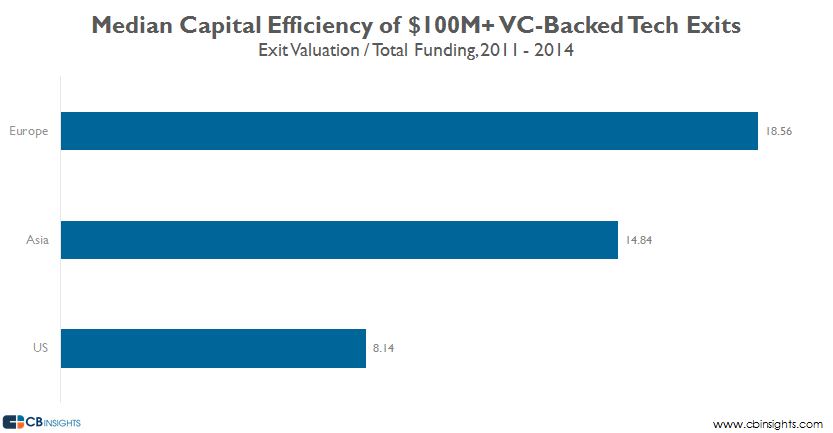 Want to track US, Europe, and Asia technology exits? Login or sign up for free below.