Between 2010 and 2013, the United States captured the majority of investment going to real estate tech startups. However, in the past two years, the majority of dollars have shifted to overseas markets, and India, the United Kingdom, and China have all seen significant growth in investment. 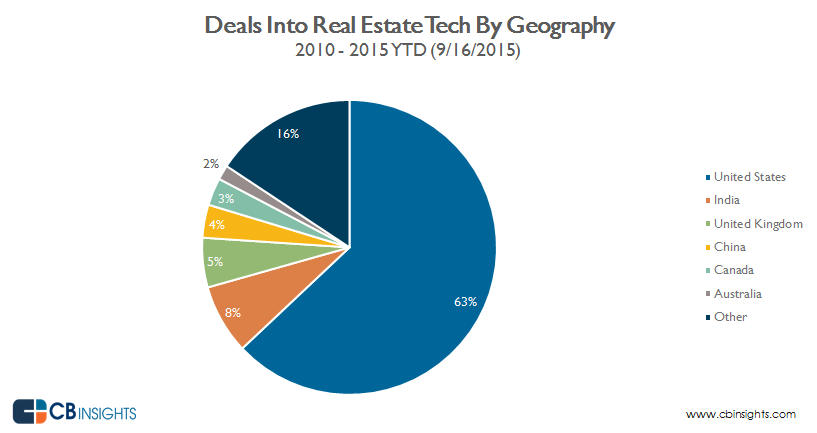 Global dollar share was also led by investment into US startups, which received almost 50% of dollar share. Despite only receiving 4% of deal share, China took 26% of dollar share, indicating there were just a few but relatively large financing rounds into Chinese real estate tech startups. One example that stands out is China-based Fangdd, which raised a $223M Series C in September 2015.

Finally, dollar share for both Canada and the United Kingdom hovered below 5%. 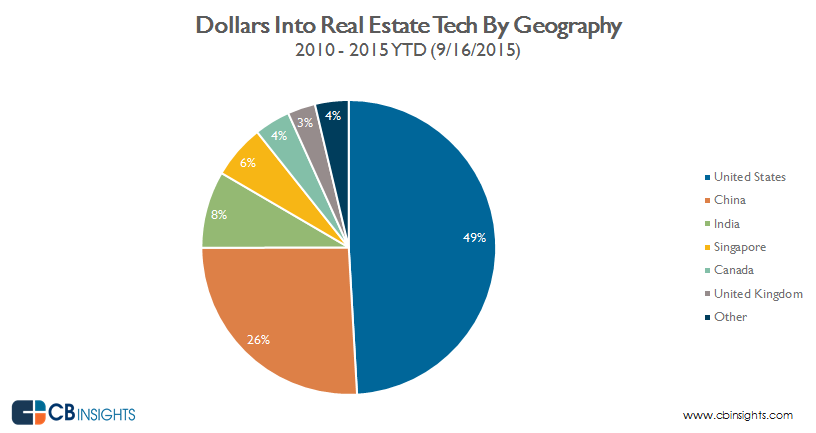 Deal share has varied considerably when looking at the US vs. rest of the world, but the general trend has been toward a greater share for markets outside the US: the US dollar share started at 90% in 2010, and stood at only 34% in 2015 year-to-date. 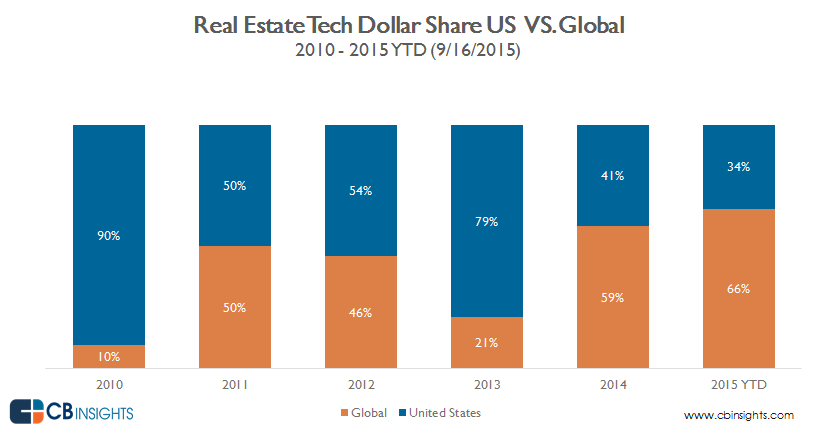 California, New York, and Texas attract the most investment in the US 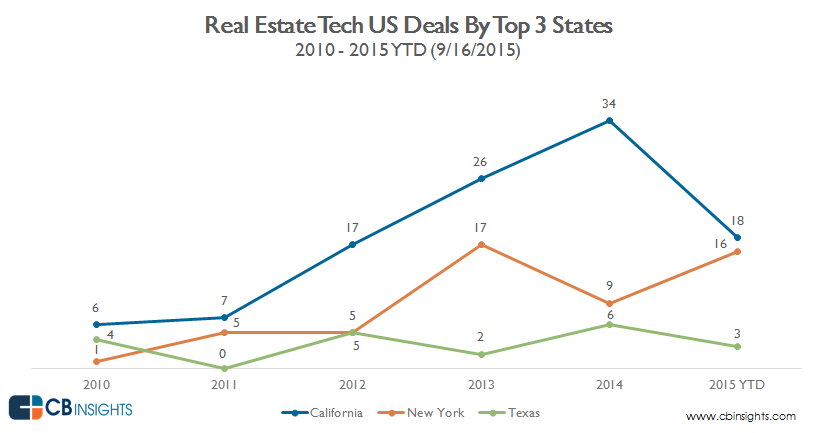 Active countries outside of the US

India, China, and Canada were the countries outside of the US that have received the most deal activity since 2010. 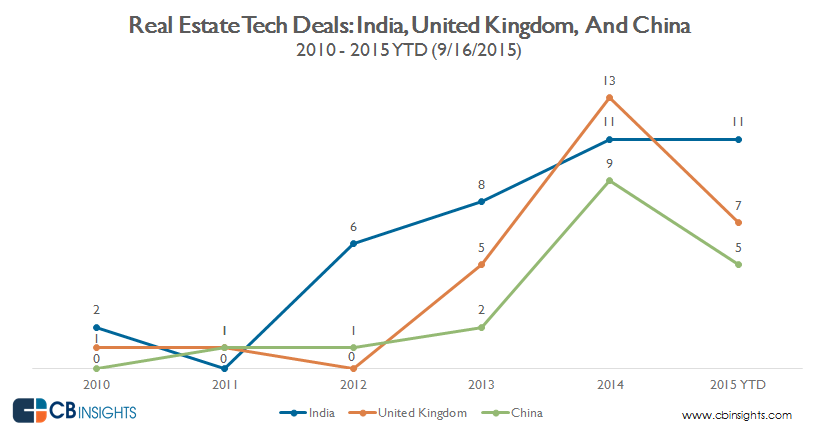