More than three times as much funding has gone to insurance tech startups in the first nine months of 2015 than in all of 2014.

Investors are pouring billions of dollars into startups aiming to give the insurance industry a tech makeover. In 2014, tech companies targeting the insurance space took less than $700M in funding. In just the first nine months of 2015, insurance tech startups have attracted more than three times as much funding, according to CB Insights data.

Insurance tech’s largest quarter by far was Q2’15, spiked by online benefits software and brokerage Zenefits‘ $500M Series C led by Fidelity and TPG, as well as a massive $931M financing by Chinese online insurance seller Zhong An Insurance. Excluding these two mega-financings, insurance tech funding clocks in at $354M for the quarter.

In Q3’15, deal activity into insurance tech startups matched a quarterly high set in Q2’15 at 26 deals, while funding finished the quarter at $454M. 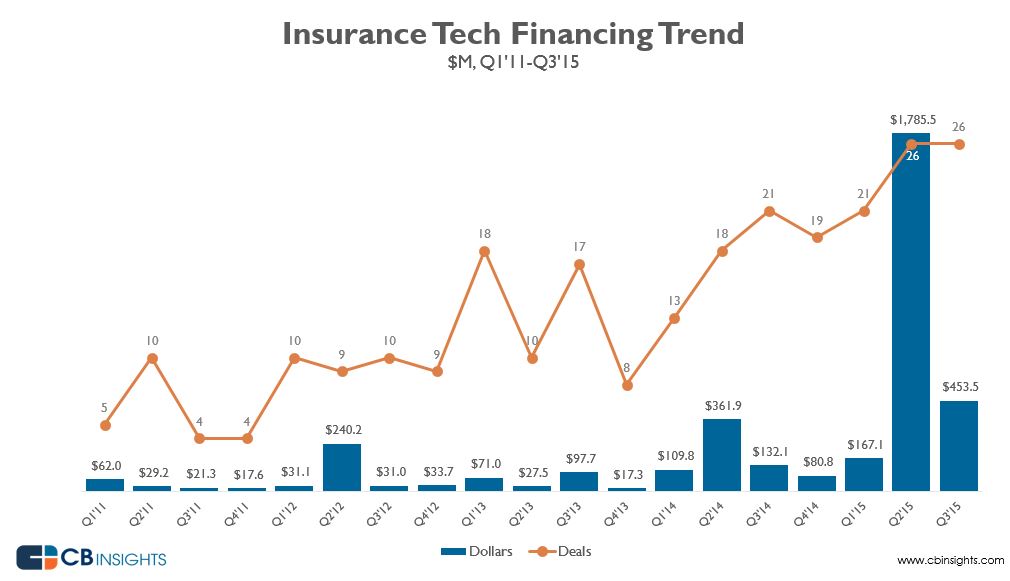 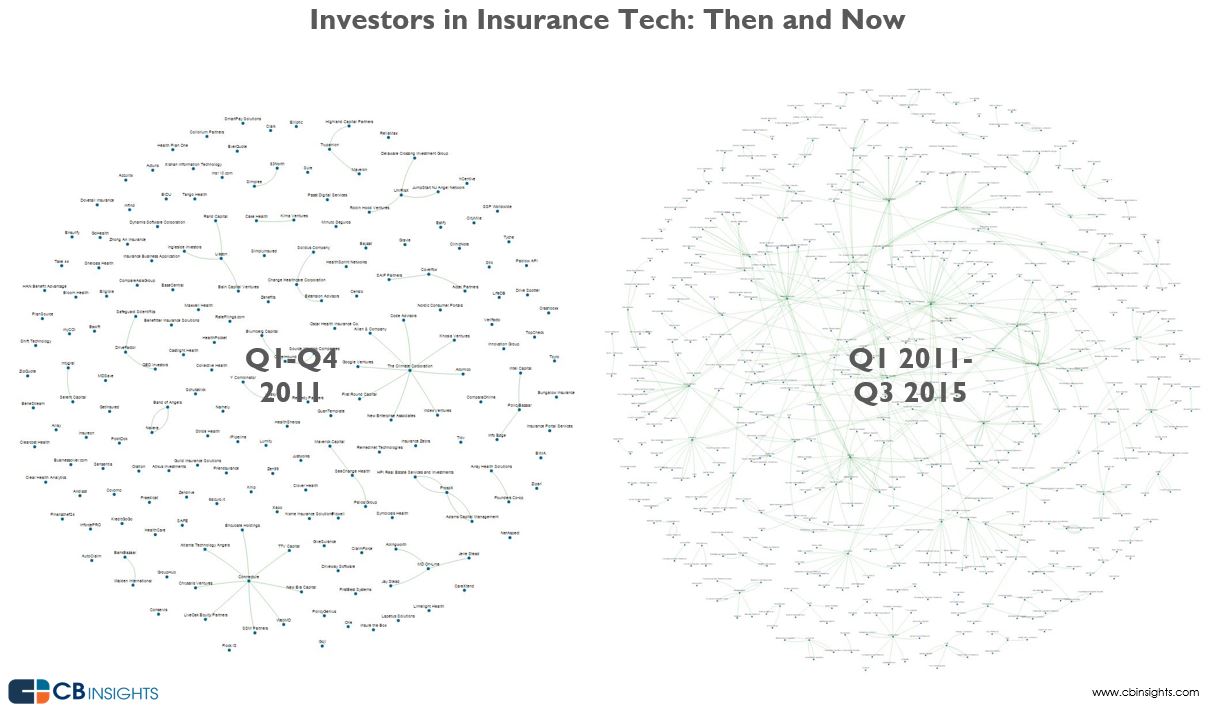 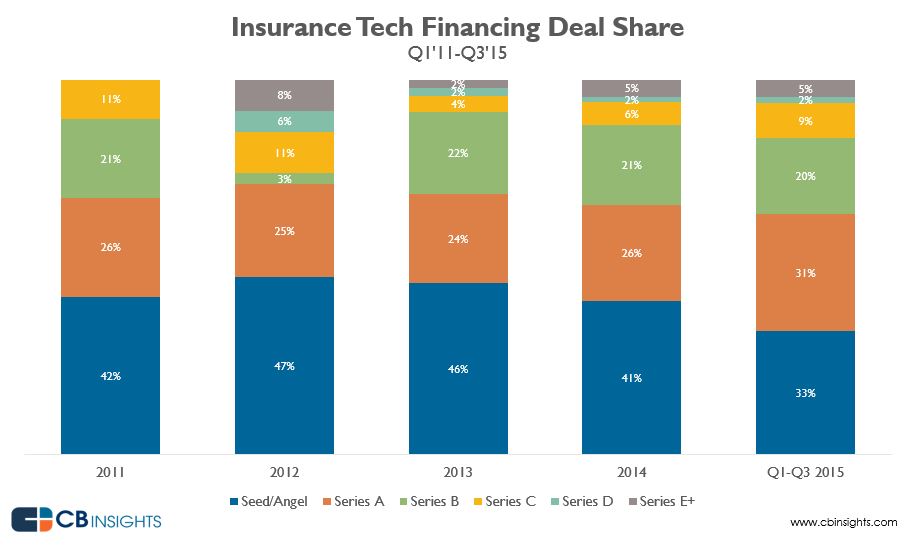 The Most Well-Funded Insurance Tech Startups

Within insurance tech, there is a growing group of very well-funded startups. Four startups including Zenefits, Oscar, and Collective Health have raised over $100M in equity funding while Clover Health, a data analytics and software startup focused on the Medicare Advantage market, has raised $100M in a combination of debt and equity. Internationally, PolicyBazaar and BankBazaar in India have each raised $70M+, and the the former is now valued at $210M.