Research Brief
3021
Ed tech activity increased for the second-consecutive quarter in Q2'16, but the year is still unlikely to match 2015 deal levels.

Financing to ed tech companies peaked in 2015, with over 500 deals worth nearly $3.3B in aggregate. Interest has lagged this year, and if deals continue at their current rate ed tech will see fewer than 450 deals in full-year 2016, putting the industry below 2014 deal levels.

However, on a quarter-on-quarter basis, deals and funding crept up in the most recent quarter. Q2’16 ed tech deals increased slightly from the previous quarter, and funding jumped 30% to $564M.

Ed tech startups have attracted 222 funding deals so far this year, worth $999M in total. Deals and funding to the sector grew for three consecutive years to a peak in 2015, but as previously mentioned this year will fall below 2014 levels. 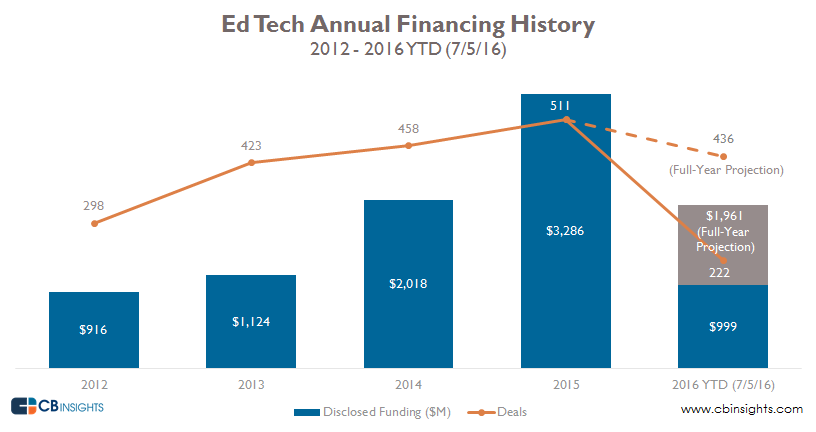 The largest deal in Q2’16 was a $150M private equity round by Iconiq Capital to Age of Learning, the California-based provider of early childhood-learning software called ABCmouse.com. This was followed by a $60M Series D to Udemy, led by Naspers, and a $40M corporate minority round to Beijing-based mobile learning platform Yuanfudao by Tencent. 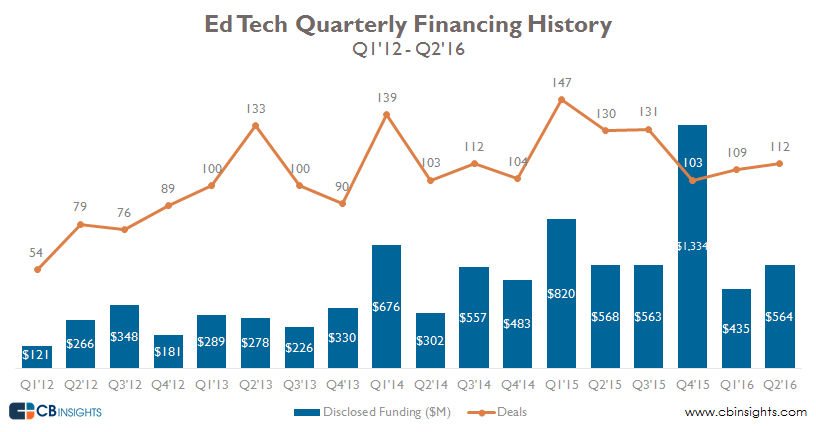 Want more data about ed tech startup financing trends? Login to CB Insights or sign up for free below.