Research Brief
2823
China took the top spot in funding, taking 30% of dollars going to private e-commerce companies from 2012 to 2016 year-to-date.

Global e-commerce deal activity is headed for a decline globally in 2016, and dollar funding is on pace for its worst year since 2012.

China and the US market, for example, are on pace for deal declines this year.

However, there are bright spots for deal volume. India is an increasingly important contributor to e-commerce activity, with a large proportion of those deals going to early-stage companies, according to CB Insights. Based on the current run-rate, Indian e-commerce companies — which now account for one-fifth of e-commerce deals globally — may see a record deal high this year.

We define e-commerce as companies using websites or mobile apps to sell physical goods, as well as e-commerce enablement companies that build these sites and apps. We excluded companies focused on services, such as Uber, or those delivering food and groceries (see our food delivery category for trends there).

US-based companies have dominated e-commerce since 2012 accounting for 47% of global deals. India follows with 12% of deals, while China, Germany, and the UK captured 5% deal share each. Canada saw 2% of deals, and all other countries contributed the remaining 25%. Overall, more than 60 countries have seen e-commerce deals since 2012. 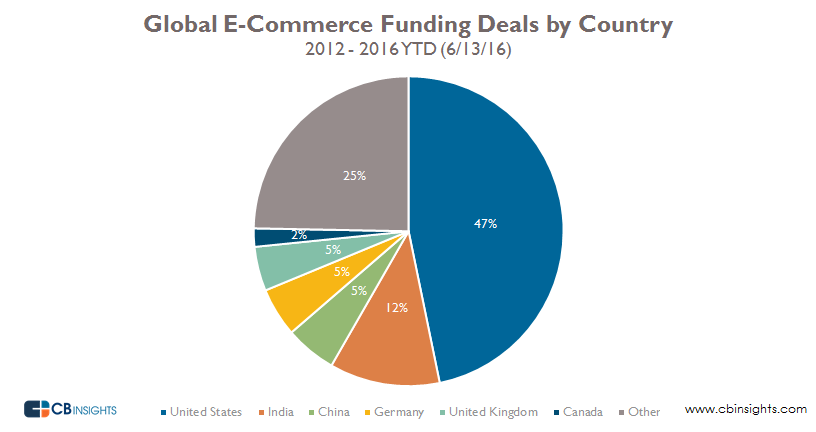 The US share of e-commerce dollars (24%) is weaker than its 47% of global deals. China takes over the top spot in funding, taking 30% of global e-commerce dollar share. Driving this trend, Chinese companies have raised 33 mega-rounds since 2012, including a $2.8 billion growth equity round to China Internet Plus Holding, a $700M private equity round to Jingdong, and a $700M Series D to Meituan. 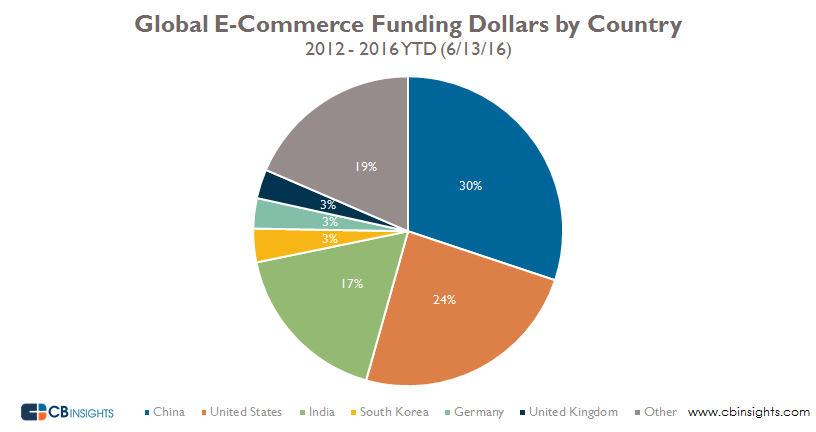 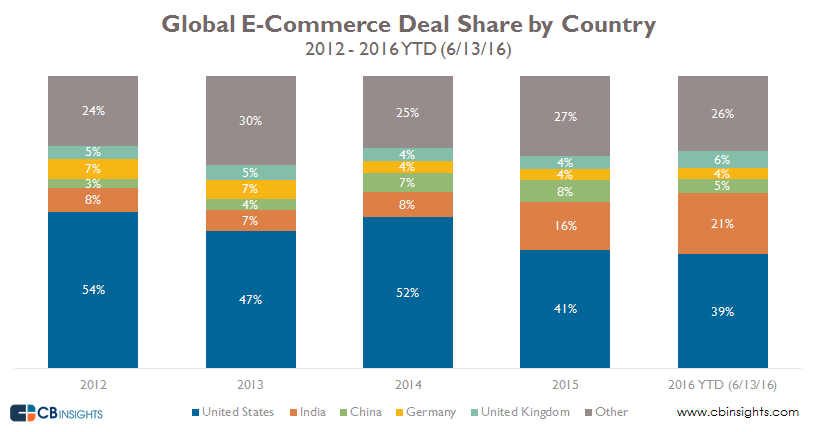 The chart below illustrates the differential between the US and its nearest competitors in deal count. In 2015, however, both India and China both increased deal count while the US dropped from its 2014 peak. 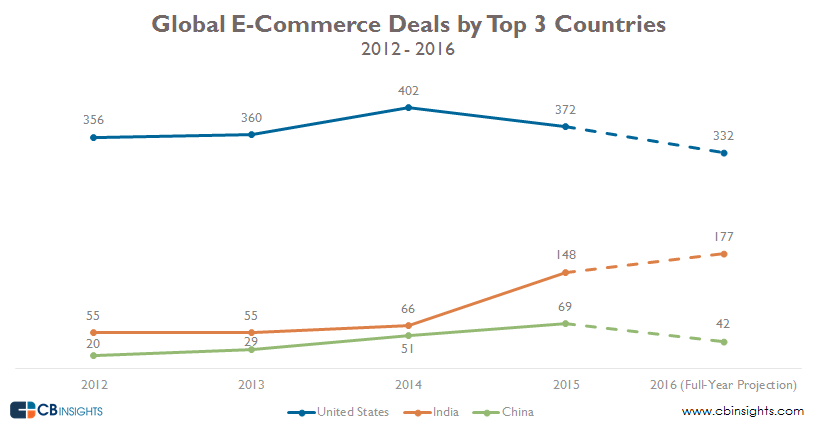 Our data on e-commerce deals within each country shows that Chinese deals tend toward Series A and B companies, while the US and India see a high proportion of deals to seed/angel companies, with India seeing 53% of deals going to companies at that stage (compared to only 7% in China). 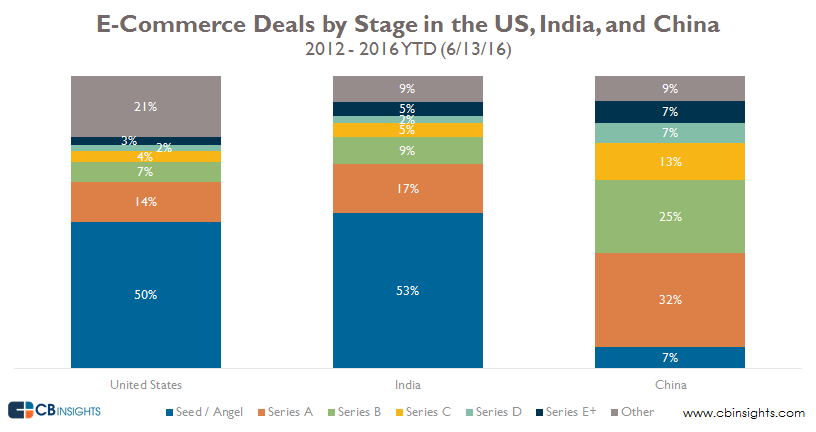 Want more data on e-commerce funding trends? Login to CB Insights or sign up for free below.