VC investors from 16 countries have invested in Germany's tech scene thus far in 2014, the highest tally in the past 5 years.

With investors pouring nearly $250M into Berlin-based tech startups in Q1’14, the rest of the world has certainly noticed Silicon Allee and the larger German tech scene.

In fact, in 2010 just 45 VCs (VCs, Super Angels, Corporate venture groups) invested in tech companies in Germany. Since then, steady growth has brought that number to a high of 101 in 2013, with 2014 on pace to be a similar figure. 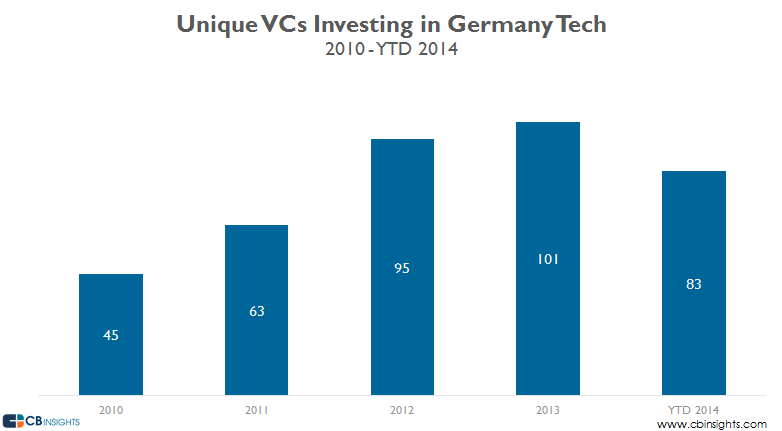 Germany’s tech scene has had healthy participation from local VCs over the years with 2014 looking to be the fifth straight year with a 45%+ participation rate for Germany-based VCs. More notable perhaps is the number of international VCs investing in Germany Tech. In 2009, just 9 countries were represented, while 2014 is on pace to be the most diverse year yet, with VCs from 16 foreign countries having made an investment already this year and making up 55% of all investors. 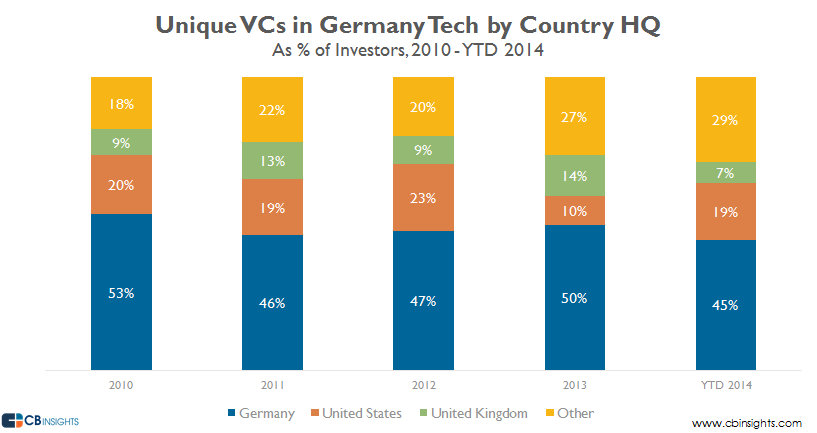 Check out Germany’s most active tech VCs as well. To to track financing activity in the German tech landscape, login to the CB Insights venture capital database or create a free account below.