The 12 companies below have raised over $570M since 2012. Thirteen deals have involved smart money investors.

Cost-effective energy storage for electrical grids has been one of the biggest challenges for the power networks that deliver electricity to homes and businesses. Private companies have recently ramped up efforts to develop batteries or “supercapacitors,” enabling for example the use of solar energy at night or the reduction of fossil fuels reliance during peak hours.

Tesla has made some of the most high-profile moves to put renewable energy storage back in the spotlight, including its acquisition of Solar City for $2B, as well as a renewable energy project in the remote US island of Ta’u, and this quarter, the launch of Powerwall 2, an updated version of its rechargeable home storage batteries.

Amid rising interest in alternative energy storage technology, we used the CB Insights database to surface VC-backed startups working in the space.

We used the CB Insights platform to identify 12 VC-backed energy storage startups, with a focus on energy storage for grids, that have raised equity since January 2014. The companies have raised $200M in aggregate funds in 2016 alone, as of 11/29/16.

The CB Insights Business Social Graph below shows the relationship between the startups and their investors. 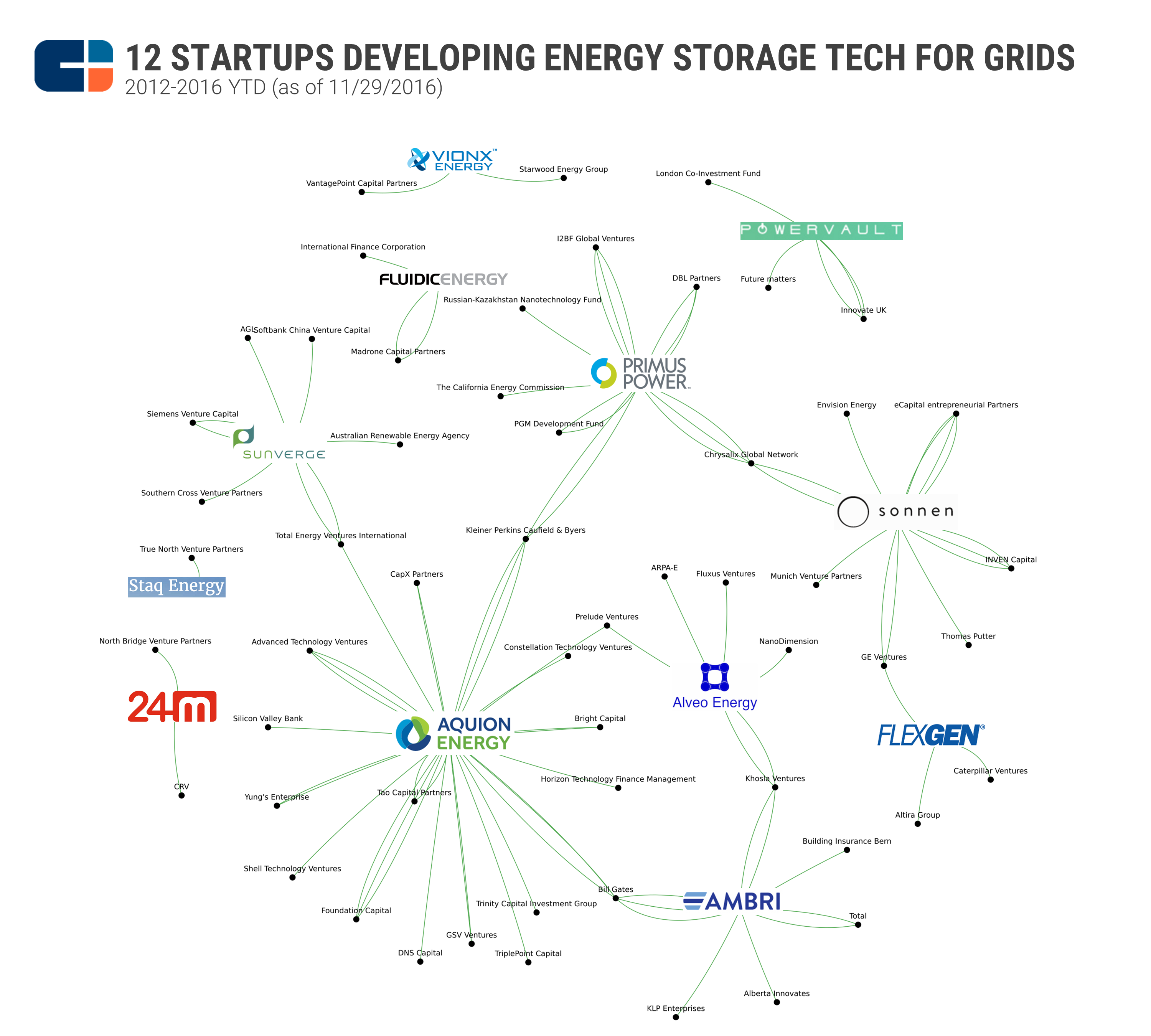 Looking for more data on energy and clean tech startups? Check out our private company database below