The public-private tech disconnect means that there have been 5x more "private IPOs" in the first half of 2015 than actual VC-backed tech IPOs.

An increasing number of venture capital investors are sounding the alarm on what the current public markets downturn could mean for private valuations. One recent warning came from Jeremy Levine of Bessemer Venture Partners:

“I believe a lot of the private deals that have [been] getting done recently are providing very poor risk-adjusted returns for investors. Perhaps the dramatic cool-off in the public markets over the last week will start to change things in the private markets.”

However, the amount of funding flowing to private companies continued unabated through the end of 2015’s first half, ahead of the downturn. We used the latest CB Insights data to break down trends in tech IPOs vs. $100M+ mega-rounds and the number of new companies joining the unicorn club. It will be interesting to see whether the public market sell-off will eventually lead to a cool-off in the private markets in Q3’15 and beyond, as Levine suspects could happen.

In April, First Round Capital’s coined the term “private IPO,” in order to refer to the rise of growth financings in tech. The oxymoronic coinage referred to the fact that companies are choosing to raise large late-stage financing rounds to meet their need for capital in lieu of launching an initial public offering.

This phenomenon continued in Q2’15, when 26 different US companies ranging from Wish to MuleSoft to Blue Apron raised a round of $100M+. Over the same period, just 7 U.S. VC-backed tech companies went public. 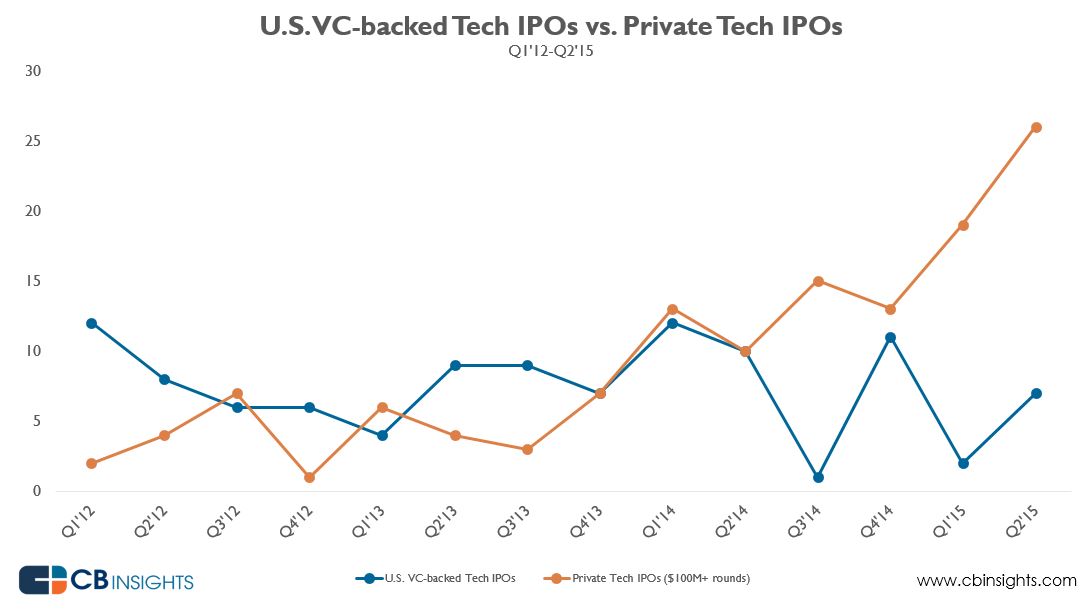 Not only have there been significantly more “private IPOs” than actual tech IPOs, the financing in those private mega-rounds dwarfs the amount raised in the conventional IPOs.

US VC-backed tech companies raised a combined $1.66B in their IPOs in the first half of 2015. But “private IPOs” raised more than 7x more over the same period, attracting over $11.6B in aggregate funding. 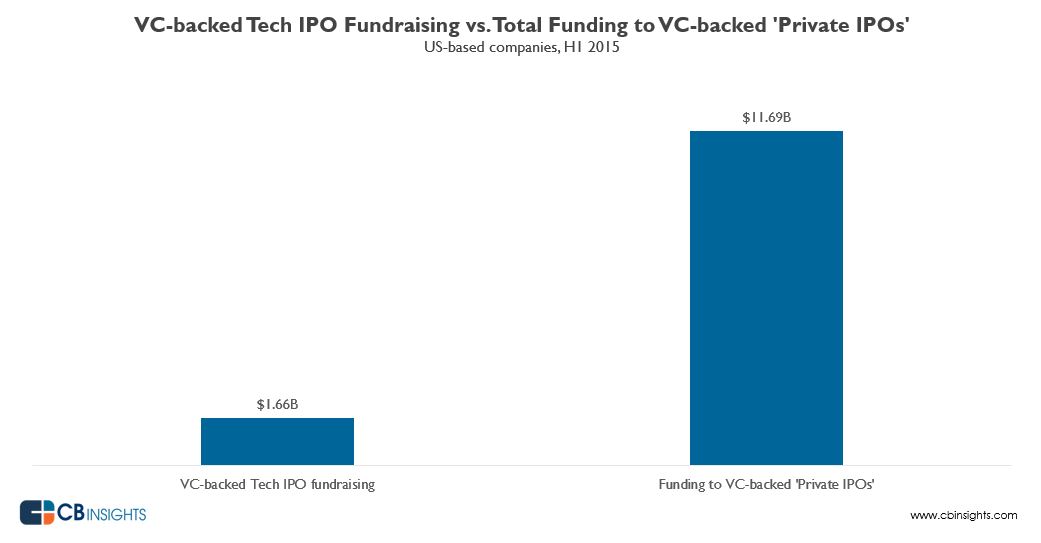 Lastly, we took a look how the creation of new tech unicorns stacked up vs. IPOs. Of note, in three of the last four quarters, there have been more US VC-backed tech companies entering the $1B+-valuation unicorn club than VC-backed tech companies going public. In the first half of 2015, there were 2x as many new tech unicorns created in the US as there were tech IPOs. 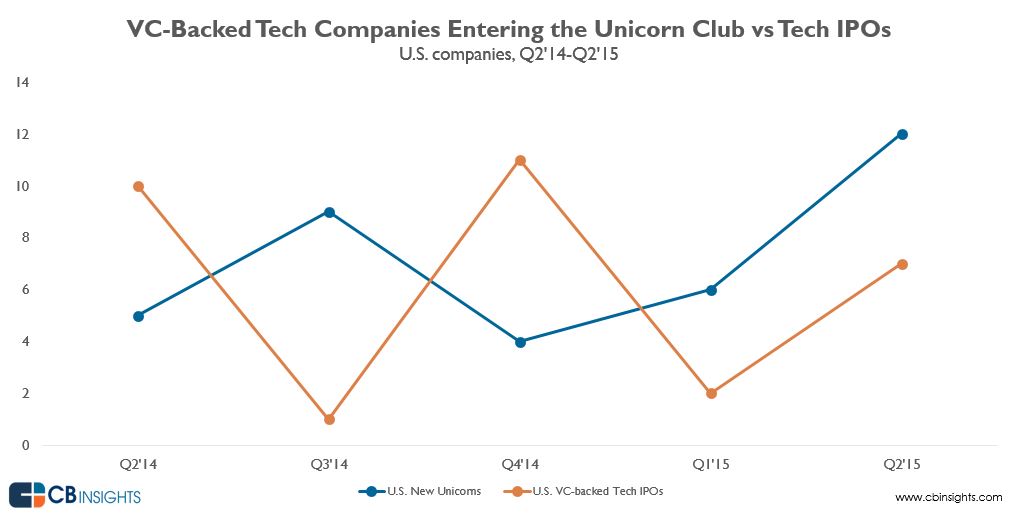 Looking for more tech financing and valuation data? Sign up for the CB Insights Venture Capital Database free below.