Research Brief
1911
More than one 1 out of 4 dollars went to China. Other major players are Germany with $2.8B invested over nearly 170 deals, and the UK with $1.2B invested over some 100 deals.

With over 950 e-commerce deals, the US drives 5x more deals than India and China, but US deals tend to be smaller funding rounds. China actually drives a slightly higher share of global funding than the US, despite accounting for just 9% of global deal flow. A few more data points: 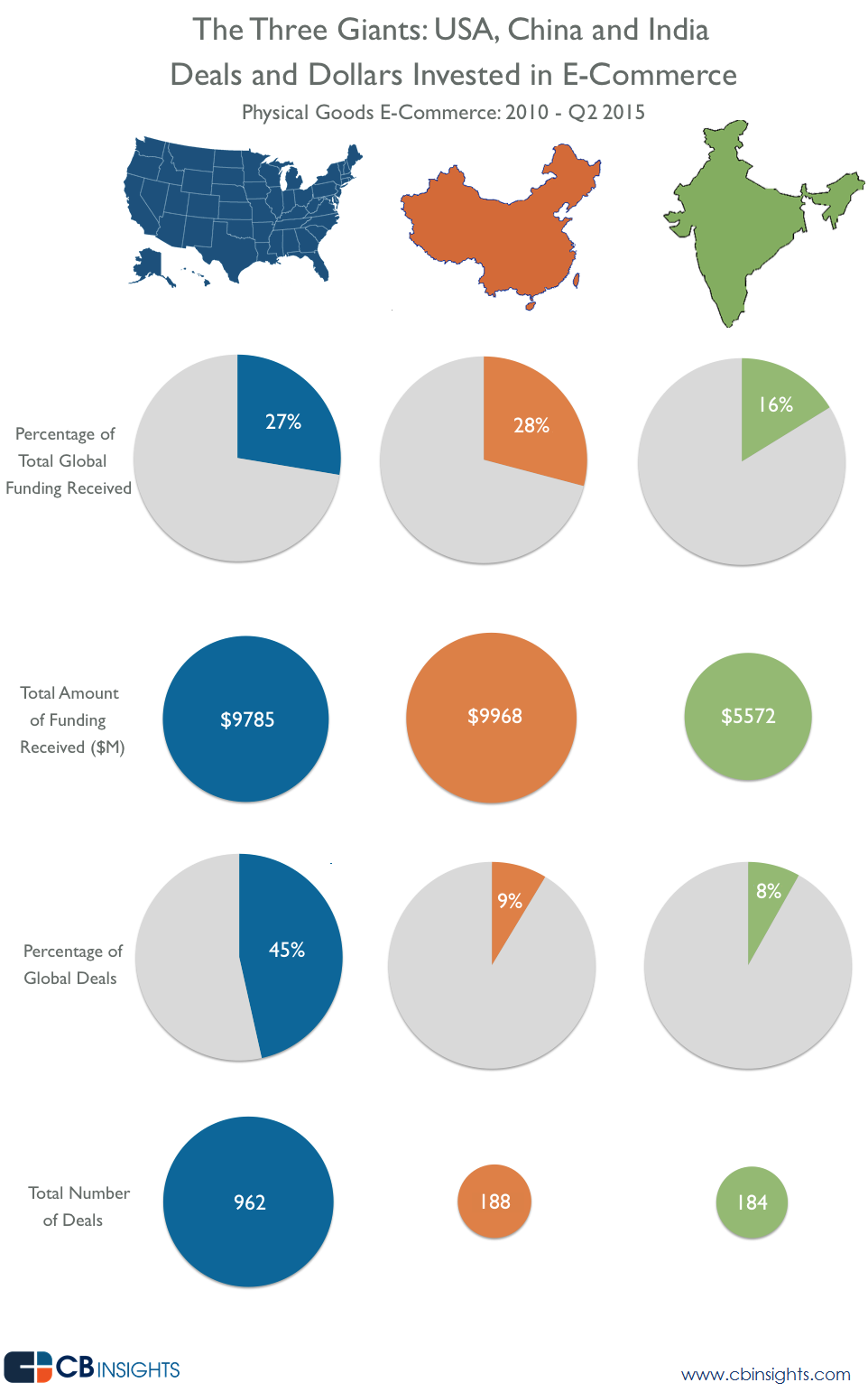 The chart below shows each of the major countries’ breakdown of deal type by dollar share, revealing an emphasis on late-stage funding in several markets. 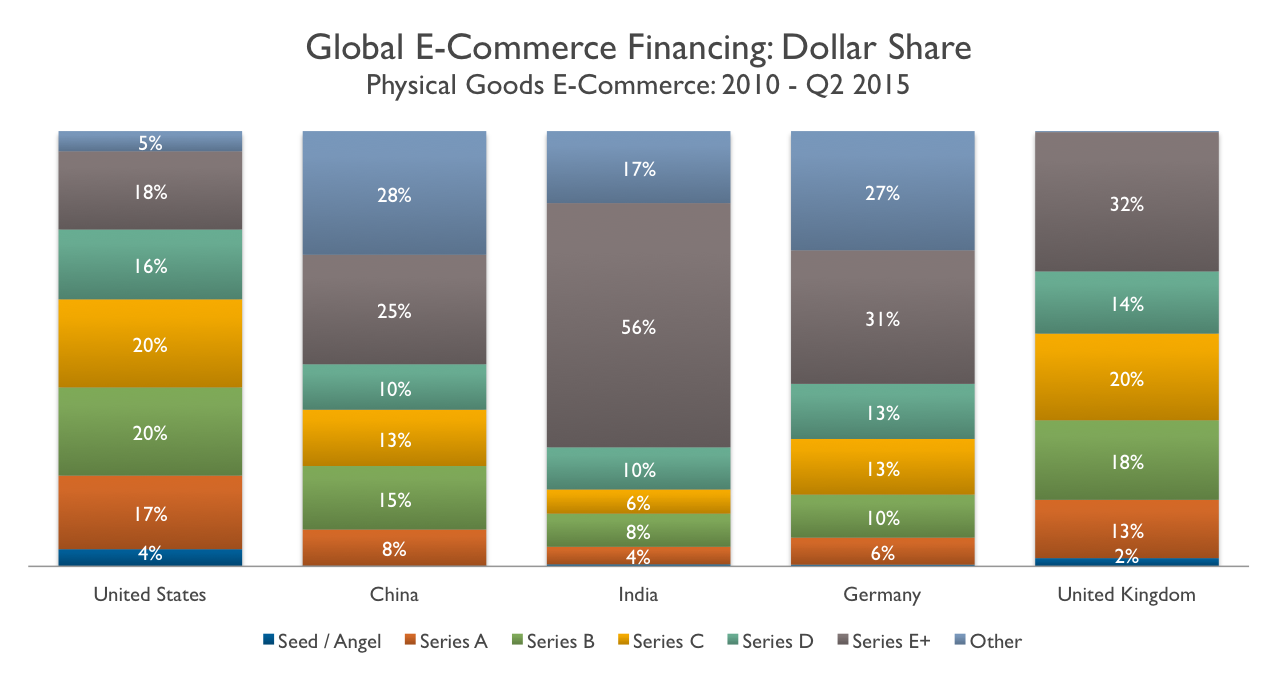