Research Brief
2754
With $1.3B in funding over 72 deals, Q1'16 turned out to be the second-largest ever for frontier tech, in terms of both deals and dollars.

Frontier tech startups — those focusing on augmented or virtual reality, space, and drones — raised a combined $3.5B in equity financings in 2015, over a record 254 deals.

Funding trends to these emerging tech areas were mixed in Q1’16, with AR/VR funding spiking, but drones seeing a relatively weak showing in the quarter. Using CB Insights data, we looked at annual and quarterly trends for frontier tech as a whole.

While not surpassing the tremendous year-over-year growth seen in 2014, 2015 was still a significant leap. At $3.4B invested over 254 deals, the year finished with 118% growth in funding and 97% growth in deal volume. 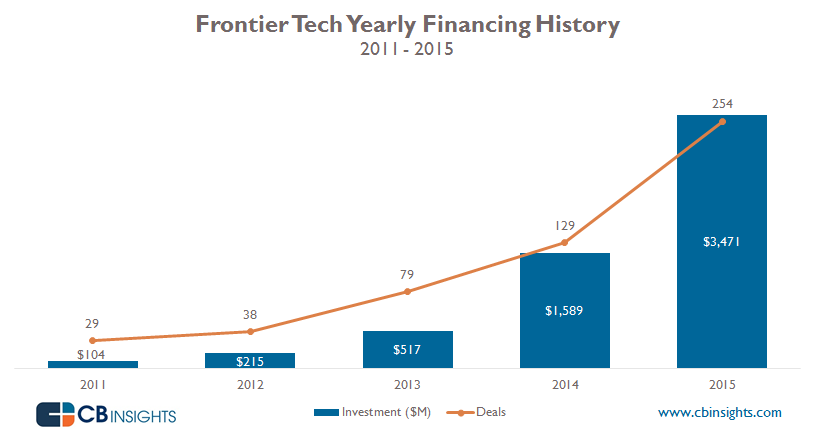 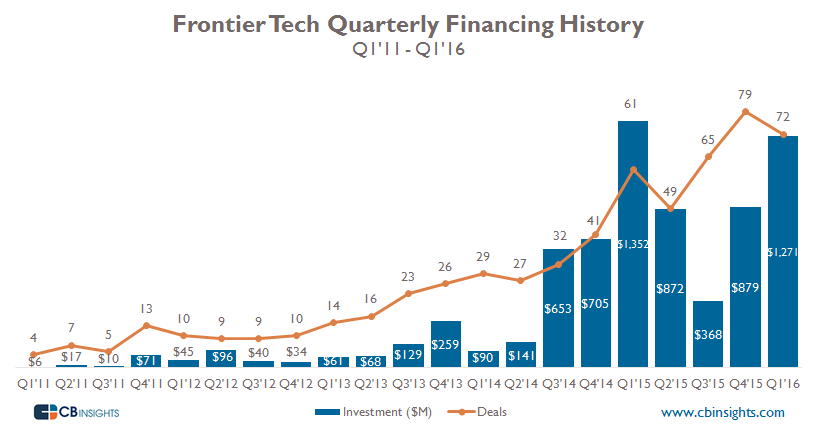 Frontier tech startups are concentrated in the US market, which was by far the largest destination for frontier tech investment, seeing 70% of the deals since 2011. The next-largest was the UK, which only saw 5%. 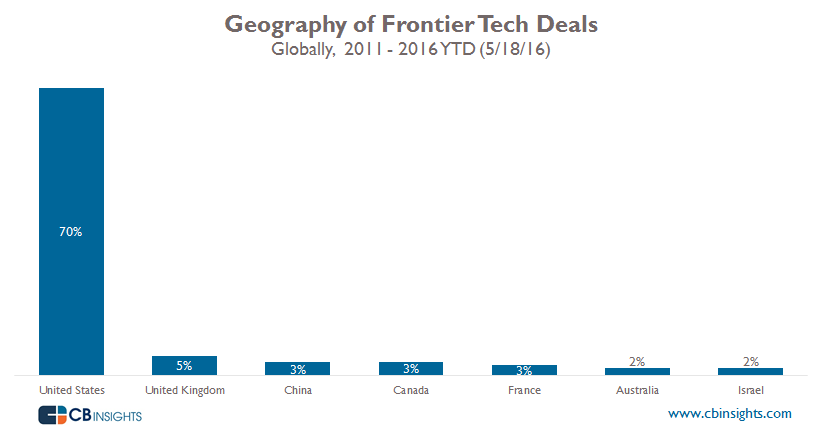 Drilling into US-based frontier tech deals since 2011, 54% of deals have occurred in California. Washington state, which is home to big space companies Blue Origin and Kymeta, saw a sizable 7% of frontier tech deals. Florida, New York, and Massachusetts each saw 5% of the deal share. 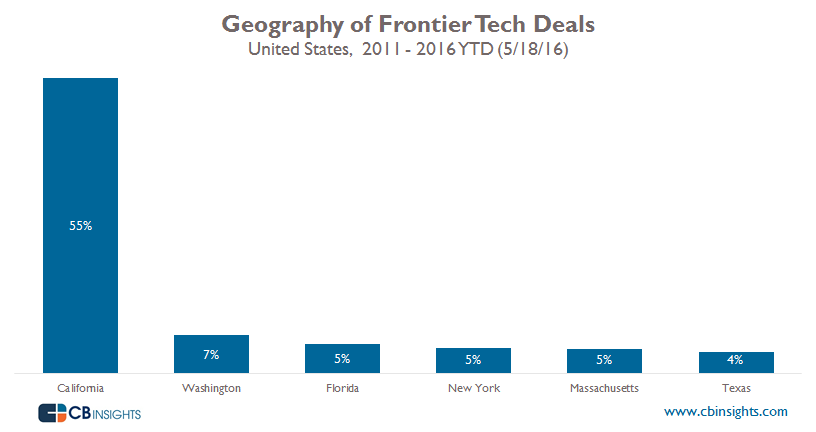 Topping the list of active VCs in frontier tech by unique companies they’ve invested in was Rothenberg Ventures, a firm with a strong focus on the frontier tech categories. Rothenberg’s recent bets include Zeality, Vicarious Surgical, and EmergentVR.

In second was Lux Capital, which recently invested in AirMap, Kymeta, and CyphyWorks.