Frontier tech startups — those focusing on augmented or virtual reality, drones, and outer space — have raised a combined $3.15B in equity financing since 2014 across 183 deals, including nearly $2.2B in the first half of 2015.

Quarterly investment has now surpassed $500M and 30 deals for three straight quarters, with $1.3B in Q1’15 funding being the highest quarterly total of all-time, an amount largely buoyed by SpaceX’s $1B Series D financing from Fidelity Investments and Google. 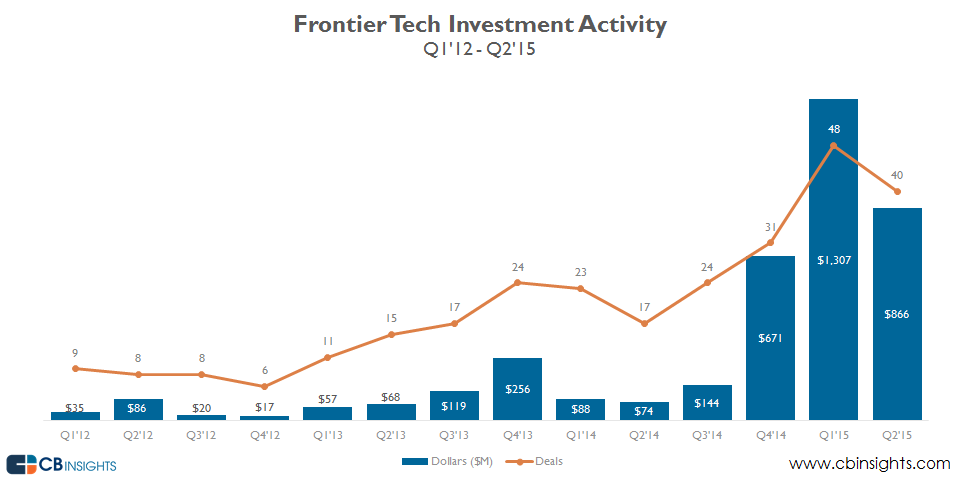 Rothenberg Ventures and Google Ventures have invested in the most frontier tech companies since 2012. Rothenberg Ventures has made multiple early-stage bets including Altspace VR, Matterport, and Dronebase. Google Ventures’ early-stage bets span all areas of frontier tech as well, including drones with Airware and Skycatch, space with Orbital Insight, and AR/VR with AltspaceVR.

The full list of most active frontier tech investors is below.

Want more frontier tech data and analysis? Download the Future of Frontier Tech report, login to CB Insights, or sign up for free below.