Research Brief
2392
The food tech space exploded in 2015, as Asia drove the bulk of funding growth for what ended up being a record year. Europe also saw significant growth.

2015 created a perfect storm for food tech startup funding, as the global shift to on-demand consumption paired with increased investor interest in the massive addressable markets associated with food, drove global funding figures to four straight $1B+ quarters in 2015. 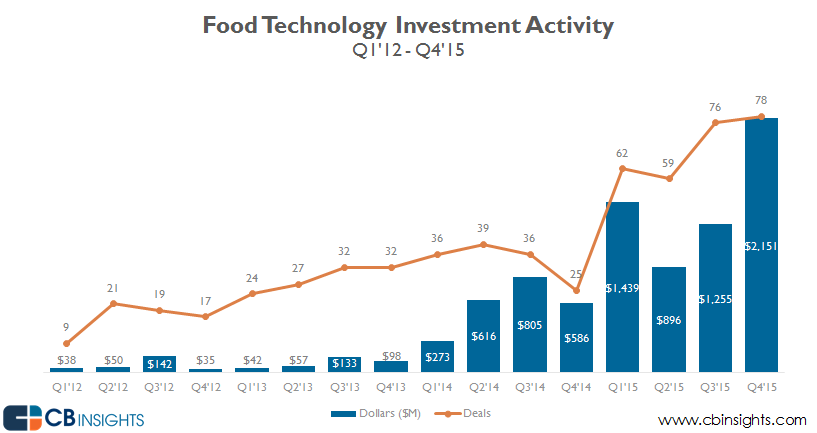 When breaking down funding figures by continent, Asia dominated in 2015, raising more than both Europe and North America combined thanks to 5 mega-rounds of $100M+, including 3 to Ele.me which ended up raising a cumulative $2.23B in 2015, as well as the previously mentioned Womai and Grofers Series C rounds. 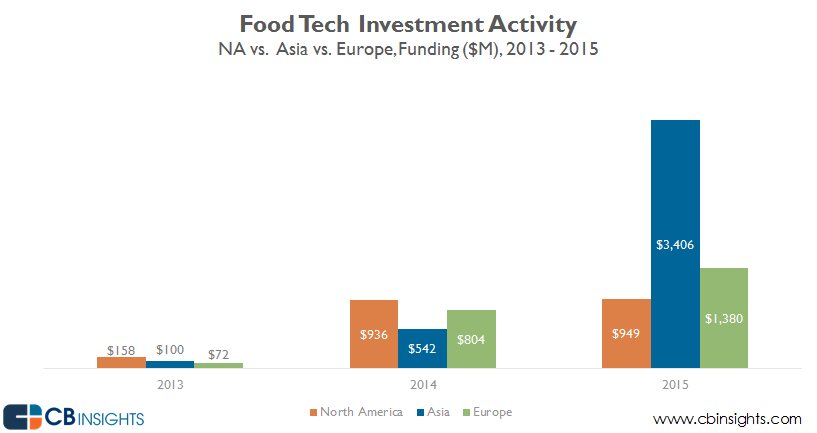 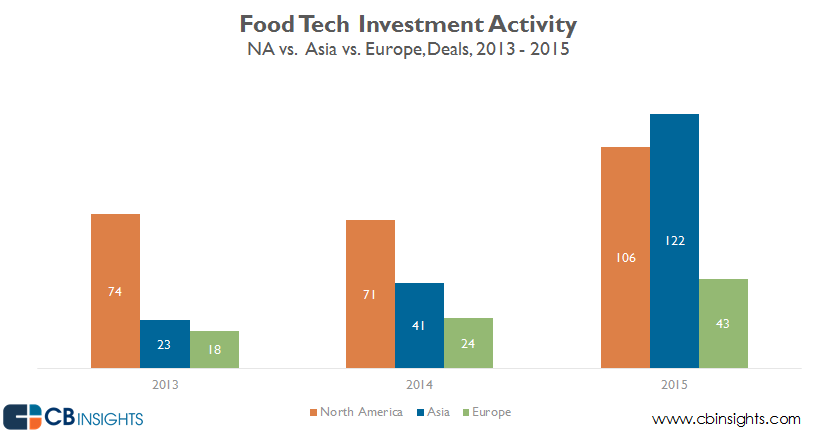 Want more food tech investment data? Login to CB Insights or sign up for free below.