Historically, it took 2 years or longer for big food companies to launch new products. Now, they're trying to use new technologies to speed the process.

Food companies are talking more and more about “speed” on earnings calls. 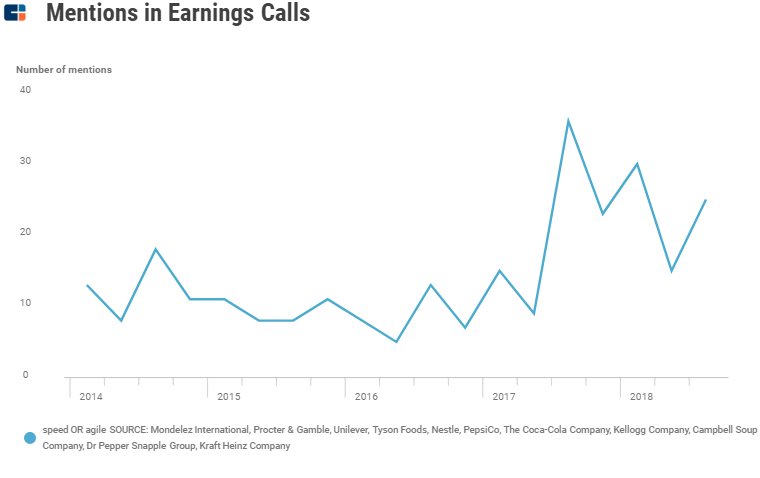 But can their operations keep up with their executives’ mouths?

Clothing companies learned this when the rise of fast fashion upended the industry in the mid-2000s.

Now, the food industry’s speed inflection moment may be here.

Some companies have begun to invest in faster reflexes.

Tyson Foods, for example, recently unveiled Yappah, which it called its quickest-launched product ever. It launched the new protein crisp brand in a mere 6 months through its Tyson Innovation Lab.

(Rizal Hamdallah, head of Tyson’s Innovation Lab, will be discussing learnings from the project at our TRANSFORM conference next month.)

New tools on the rise

To keep up with new food trends, novelty-seeking shoppers, and rapidly growing new entrants, food leaders will need to:

Food startups, including early-stage entrants Gastrograph and FlavorWiki, have begun to use AI to design products more quickly.

Chinese retail giant Alibaba has also begun to frame itself as a partner for rapid CPG product development.

It worked with Mars, for example, to design a chili-infused Snickers bar and launch it within one year (compared to Mar’s normal 2-year design period) and with Johnson & Johnson to develop Rosemary Blossom Listerine in 5 months (compared to J&J’s normal 12-18 month process). 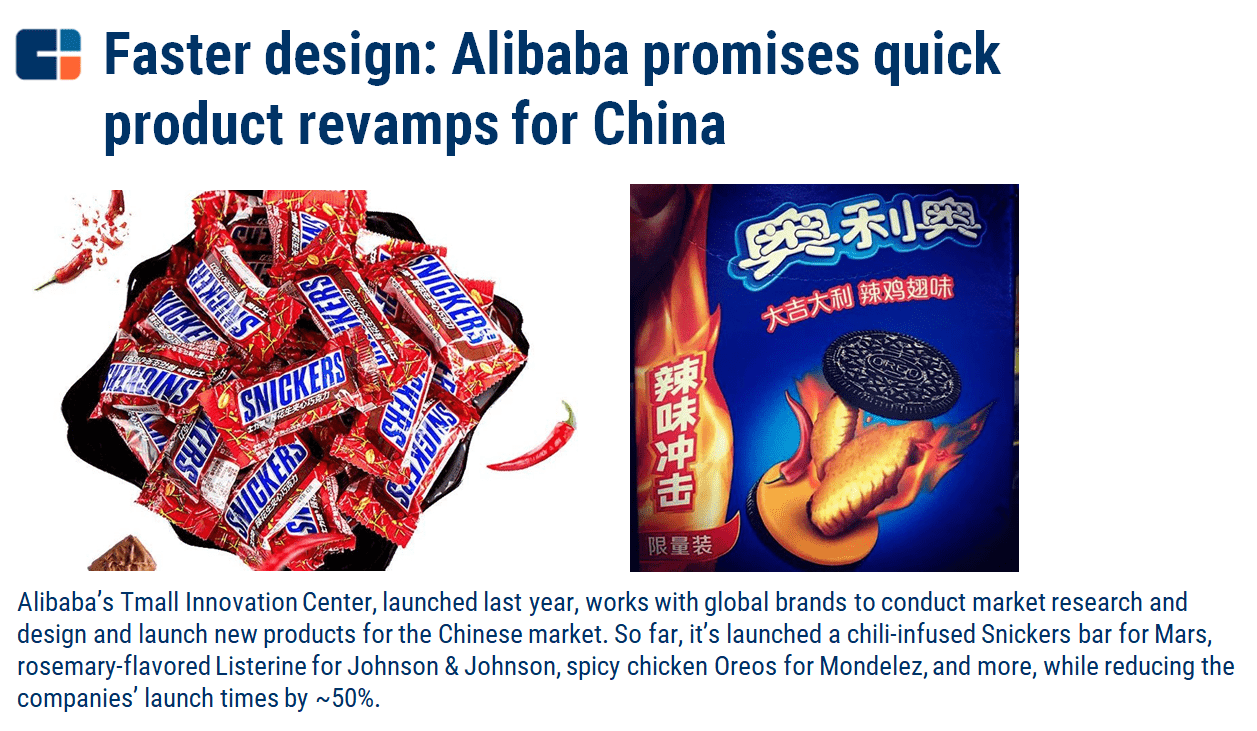 It can be hard for big companies to scale down. They’re not set up to produce limited runs of new products that may or may not succeed.

Companies won’t be able to get new brands off the ground fast if they have to roll them out through nationwide grocery chains.

Once brands control their own points of sale, they also have more power to test and change product visuals. This brings us to our next point…

A/B testing is hugely important in the tech world.

In food, though, corporates haven’t yet taken much advantage.

When you don’t operate your own stores, or even your own websites, as many food leaders don’t, it’s hard to test different strategies quickly and adapt in real-time.

But going forward, they’ll need to think more creatively about ways to test and refine their products. Some startups aim to help by using AI, VR, and other new technologies to A/B test pricing, promotions, package design, and other features. 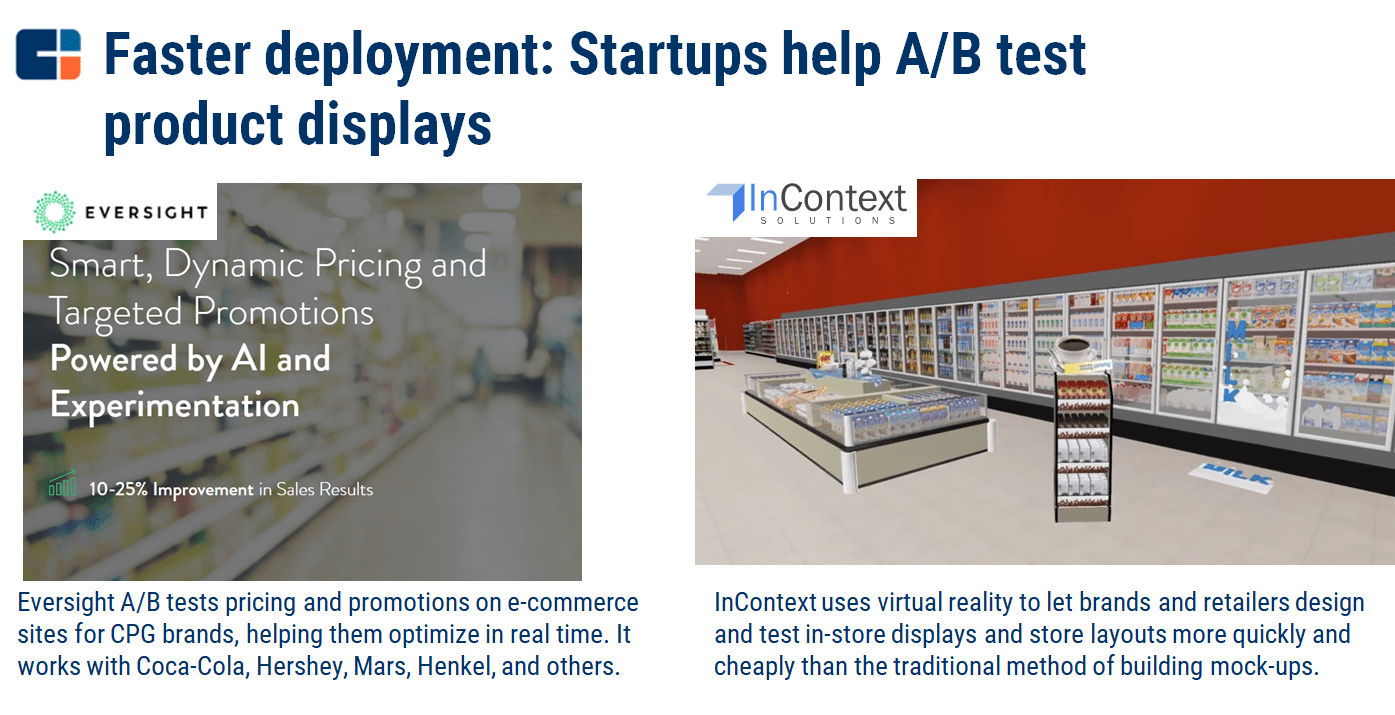