Deal activity to meal delivery startups continued its downward trajectory totaling only $130M over 30 deals this year as of 5/4/2017. At the current run rate, investment to the space is expected to total $382M over 88 deals for 2017. If 2017 year-end projections hold true, it would represent a 63% decline in dollar funding from 2016 totals.

While the number of deals taking place in the meal delivery space has substantially declined since 2015, it has not plummeted like dollar funding. Deals shrunk from 135 in 2015 to 104 in 2016. At the current run rate, 2017 is on track to see another decline to 88 deals in the space. 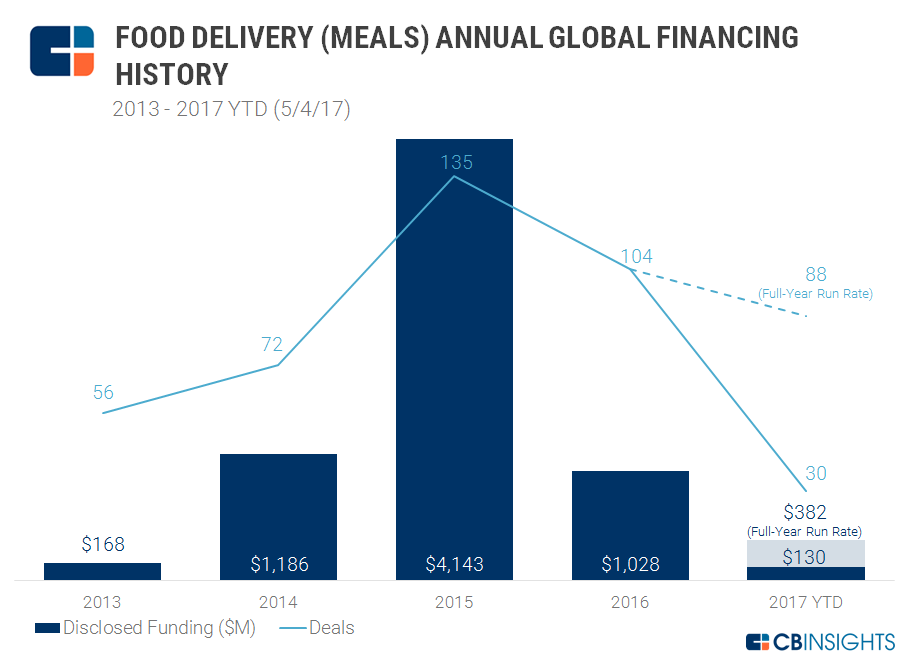 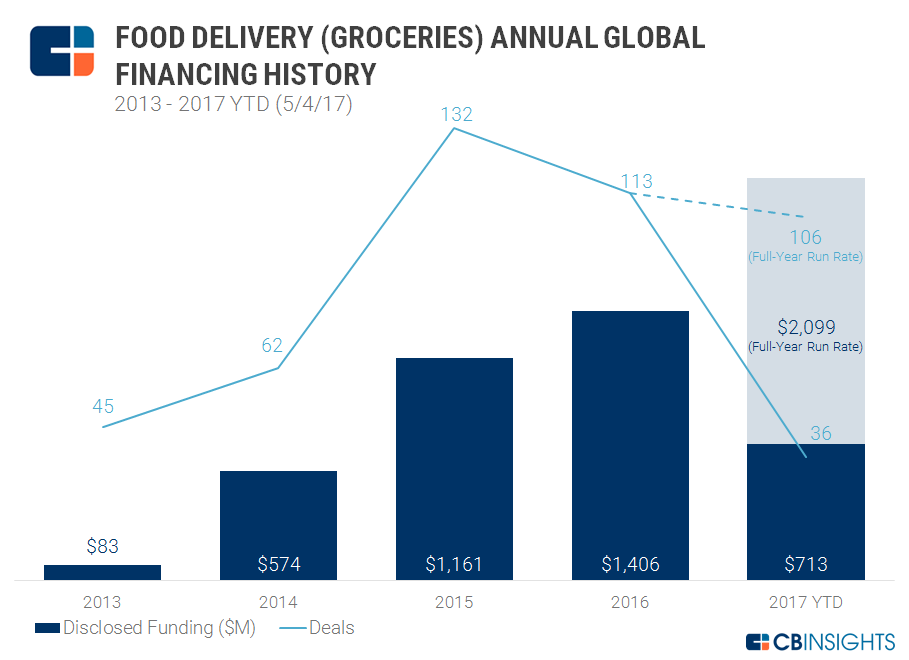 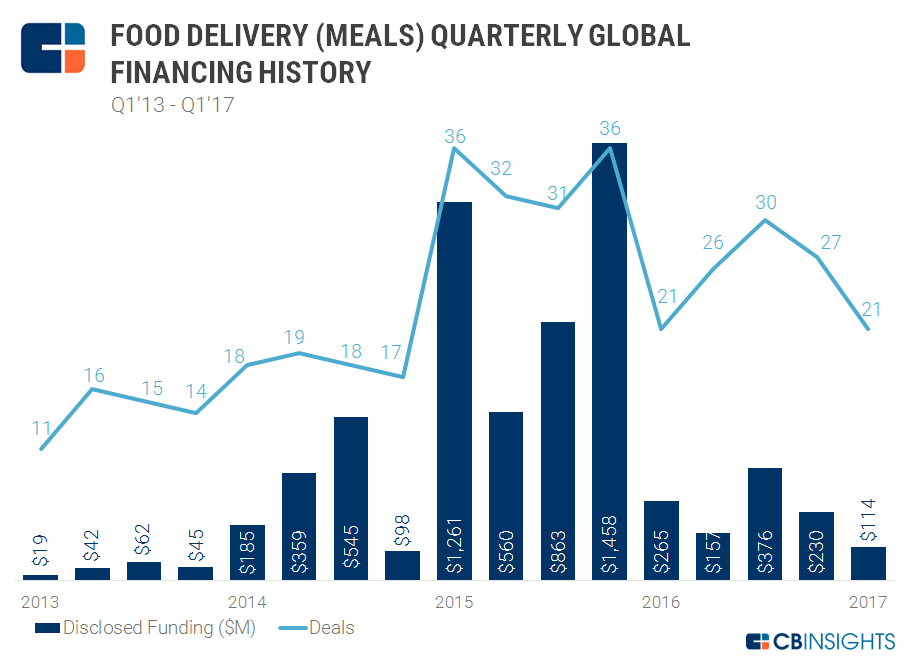 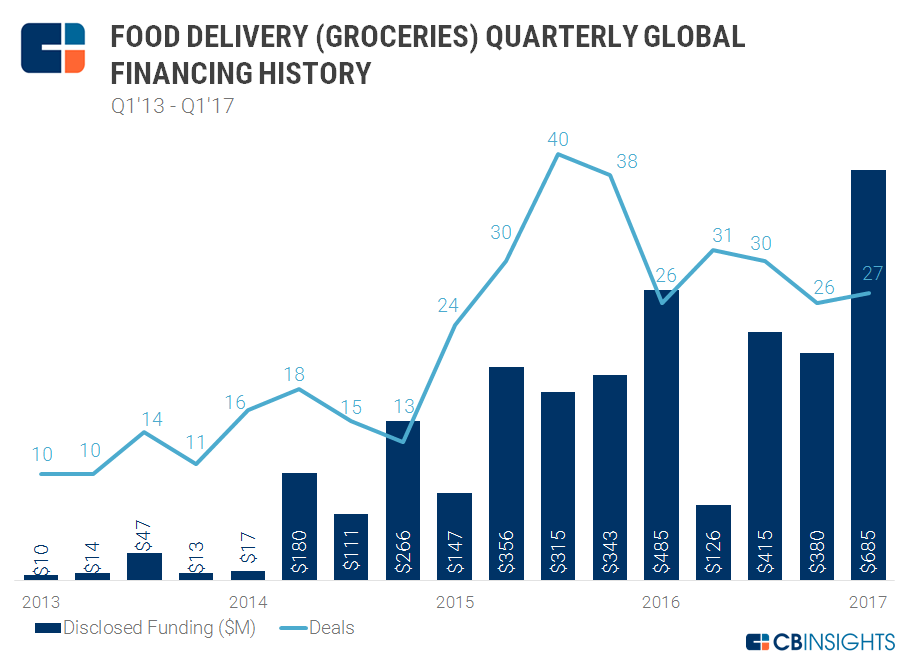 Want more data on food delivery startups? Log in to CB Insights or sign up for free below.