Research Brief
2074
After Good Eggs scaled back operations to just one city, how many other food-delivery startups might be overextended?

Recently Good Eggs, a startup that brings farmer’s markets online and has raised nearly $30M in venture funding, announced it was scaling back and closing its operations in New York, Los Angeles, and New Orleans to refocus on its first market, San Francisco.

We used CB Insights data to look at the geographic reach of 13 of the top food-delivery startups, and analyzed this footprint to gauge whether or not some of the startups might be at risk of overextending themselves in the race to gain market share in the top metros.

We first looked at some of the notable US startups focusing on food delivery and analyzed their geographic reach based on the number of cities they were operating in, according to their websites. 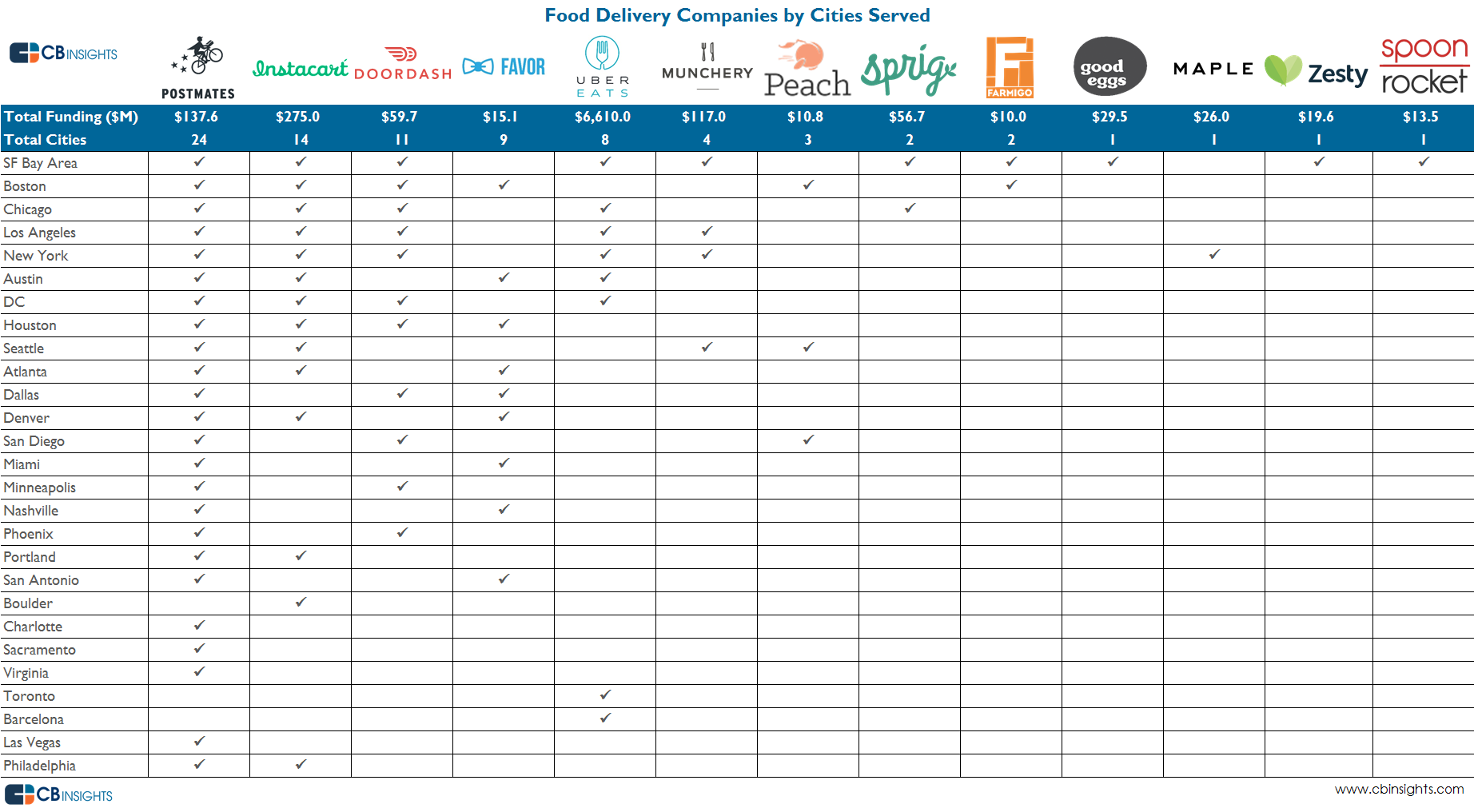 The chart below provides an alternative view of startups by the number of cities in which they are operating in. 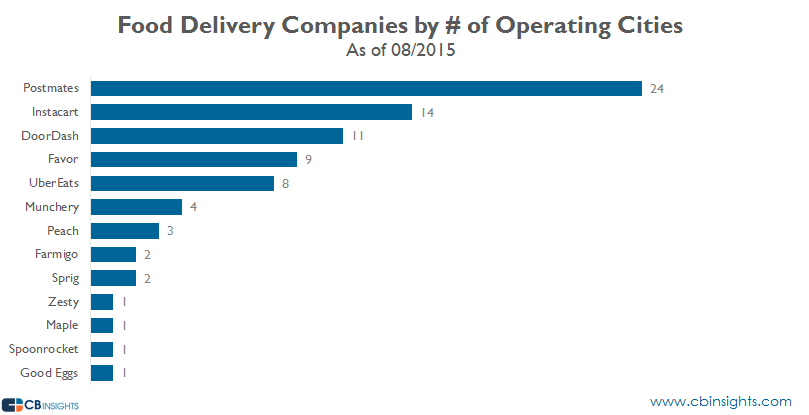 Then we asked, could the type of growing pains that Good Eggs is experiencing be felt soon by food-delivery counterparts? As expanding geographic reach often equals expanding overall costs, funding plays a key role for these companies. To identify a few startups that could be at risk of overextending themselves, we analyzed the total funding per operating city for each company. The chart below shows the results of that analysis. A few notes: 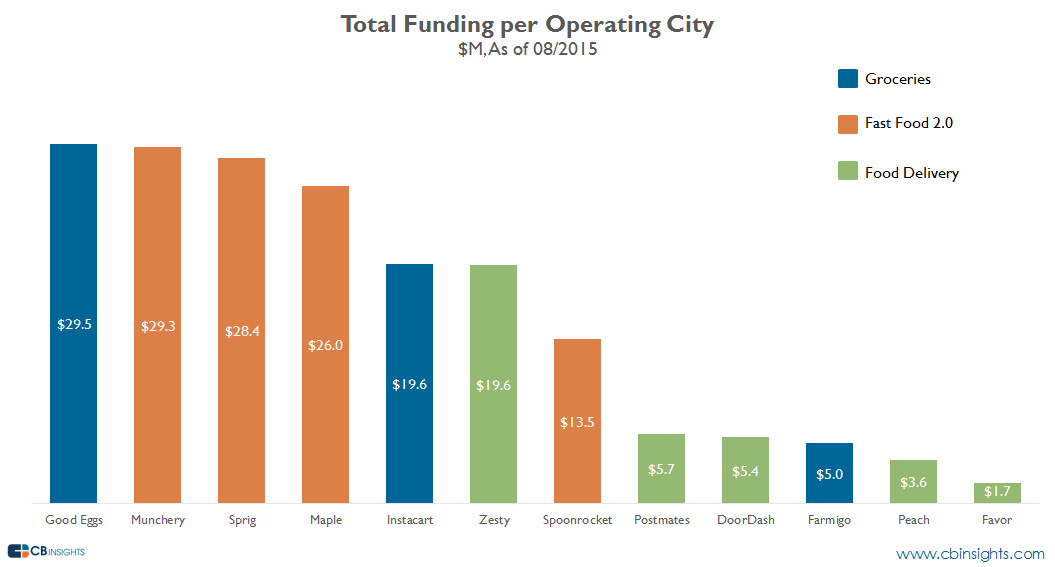 Want more data around food tech startups? Login to CB Insights or sign up for free below.