Food delivery startups saw a slight uptick in global deal activity in Q2’16, after deals had plummeted in the first quarter of the year. But funding dropped to the lowest total since Q1’14, meaning investor interest in the category remains depressed. 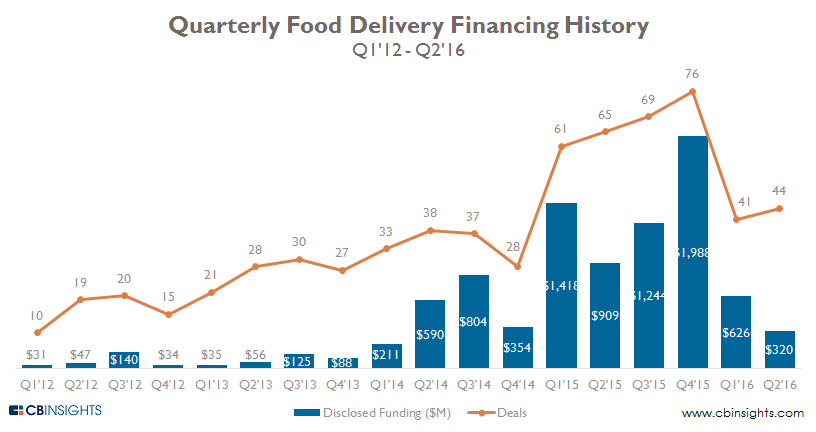 Food delivery financing peaked in 2015 with 99% year-over-year growth in deals and over 180% growth in dollars. A single corporate minority round of $1.2B to Shanghai-based Ele.me, by Alibaba Group and Ant Financial, boosted the year’s funding total. However, deals and dollars still would have skyrocketed without it.

So far this year, food delivery startups have raised $946M across 86 deals. If financings continue at their current rate, sector deals will fall well below last year’s level and dollars may slip below 2014 totals. 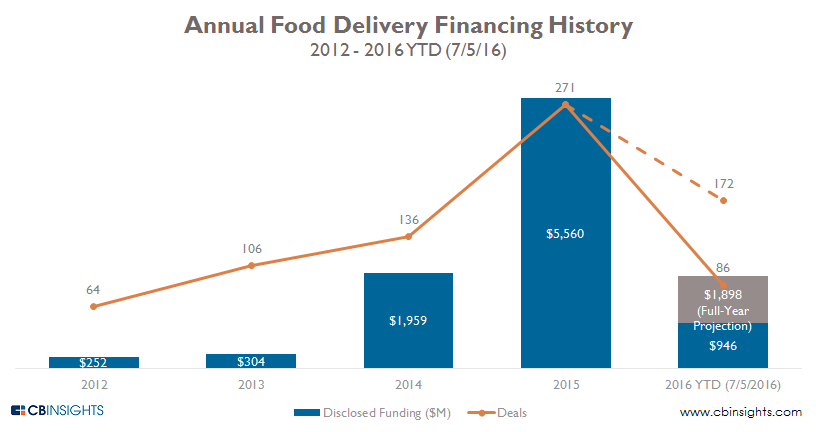 Several investors have bet on multiple most well-funded food delivery startups. Rocket Internet and Phenomen Ventures each invested in the German-based trio of Delivery Hero, FoodPanda, and HelloFresh. Hotlzbrinck Ventures and Insight Venture Partners each invested in both Delivery Hero and HelloFresh; Sequoia Capital China’s portfolio includes Ele.me and Jiuxian; and Bessemer Venture Partners has invested multiple rounds into both Blue Apron and BigBasket. See the full list below.

Want more data on food delivery and on-demand startups? Login to CB Insights or sign up for free below.