GrubHub's acquisition of Eat24 is another significant move in the further consolidation of the food delivery space.

M&A activity among food delivery startups has seen a massive increase in recent years as venture capital funding has declined, and as smaller players in the space seek to be acquired, or risk shutting down. Among all food delivery startups, only 28 mergers or acquisitions took place between 2012 and 2014. This rose to 41 M&As in 2015, 31 in 2016, and 15 so far this year as of 8/7/17.

Most recently, GrubHub’s acquisition of Eat24 for $288M (more than twice the price Yelp paid in 2015) represents a big step towards the delivery giant’s further dominance within the US food delivery space.

We used CB Insights data to create a timeline of food delivery startup M&A activity between 2012 and 2017 YTD. For our graphic, we looked primarily at food delivery startups that had raised disclosed funding and did not limit to first exits only. We also chose to include Eat24’s M&A history, despite its lack of disclosed funding, due to the recency and importance of its latest acquistion by GrubHub. Among this cohort, only 10 mergers or acquisitions (M&As) took place between 2012 and 2014. This jumped to 9 M&As in 2015, 12 in 2016, and 6 so far in 2017. 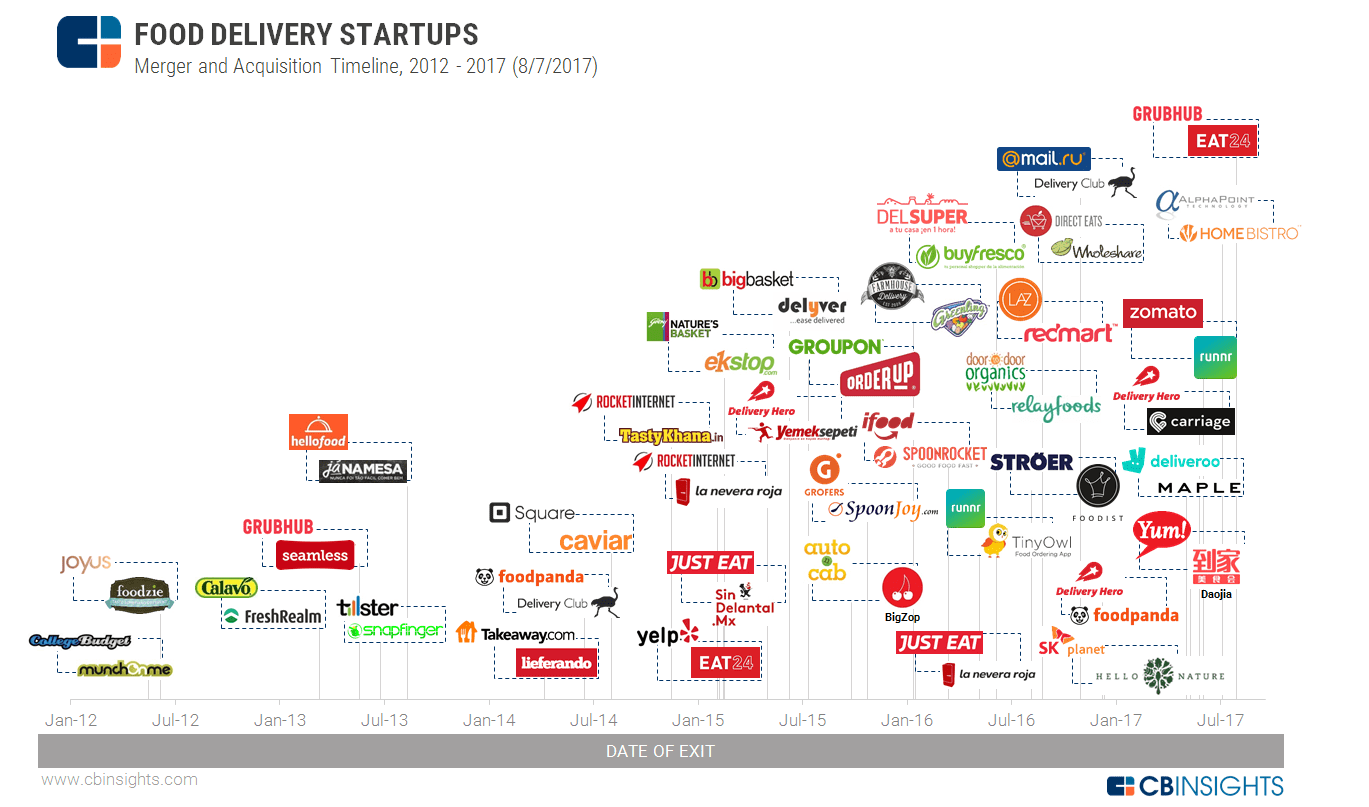