Most recently, Kraft Heinz launched a $100M fund, Evolv Ventures, which will invest in startups focused on supply chain and logistics, e-commerce, and direct-to-consumer models. Earlier this year, Kraft had also launched Springboard, an internal incubator and accelerator program for new brands.

This post was originally published in Dec’17 and was most recently updated in Oct’18.

As the timeline below shows, alcohol companies Constellation Brands, AB InBev, and Diageo were slightly ahead of the curve in launching funds. Major CPG companies followed, including General Mills, Campbell’s, Kellogg’s, and Danone. 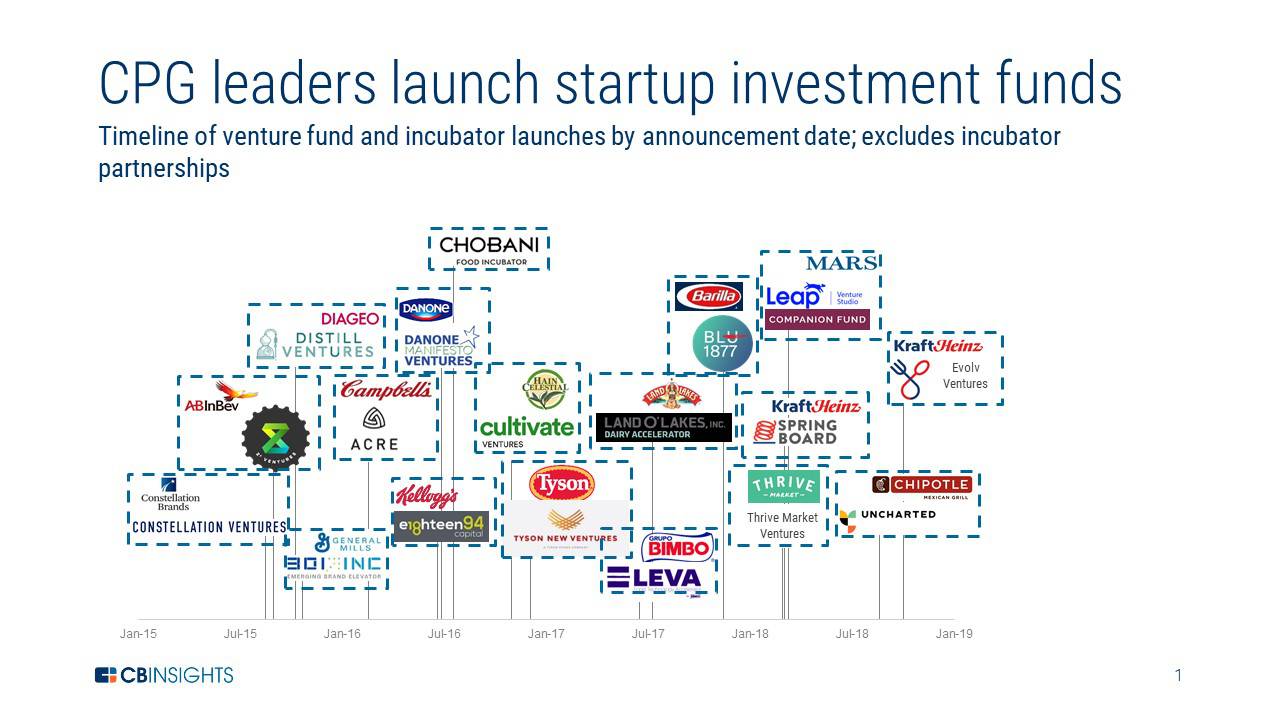 Many of the funds in this analysis have already backed startups.

Some have also strengthened their ties with other investors in the ecosystem. Danone Ventures, for example, poured $15M into NYC-based food VC firm AccelFoods.