Deals to food and beverage companies slipped in Q1’17 compared to the prior quarter, and remain down from their Q1’16 peak of 91. This marked the seventh consecutive quarter with 70+ deals, after a relatively steady run up in deals between 2012-2014. At the same time, funding grew significantly, with the majority of the increase due to a $225M private equity deal by Food Union, a Latvia-based conglomerate of European food and beverage brands. 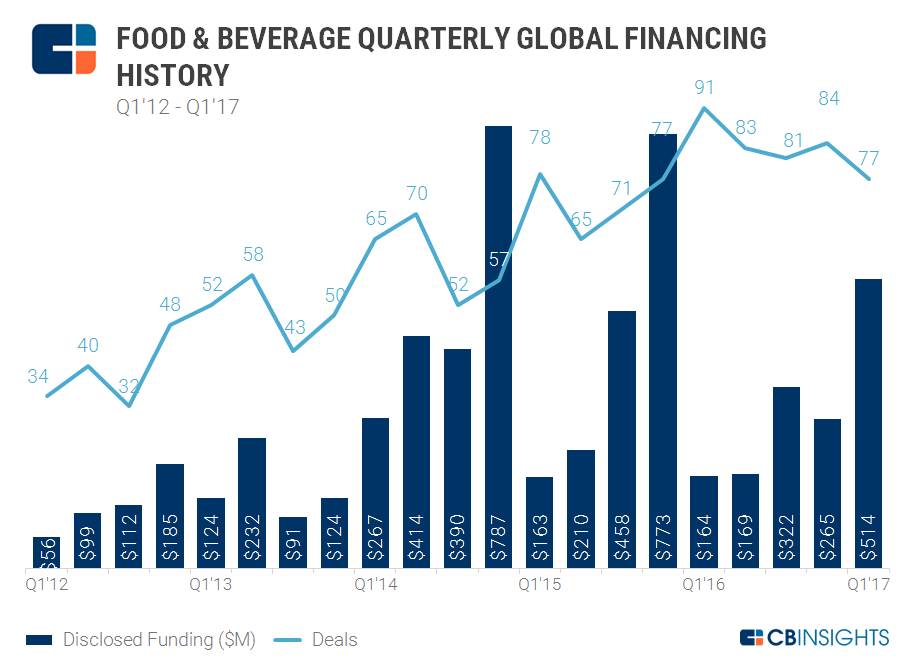 Deals to food and beverage companies have been growing steadily, from 154 in 2012 to 339 in 2016. From a dollars perspective, 2014 holds the current record at over $1.8B investments, but private equity investments to major, private corporations drove much of that, including a $470M investment to Canadian dairy producer Agropur in Q4’14, and a $270M investment to Beijing-based meat producer COFCO Meat.

Startups working on food & beverage products have the potential to change how people eat. Sign up for a free trial and look for Food & Beverage Startups in the Collections tab.

2014 also saw All Market, the company behind Vita Coco coconut water, receive $165M from the Reignwood Group. While All Market hasn’t raised since 2014, it remains the most well-funded food & beverage startup in the US with $208M in total.

Funding declined in 2015 and 2016, but if investment continues at its current rate, 2017 will see a new record high with over $2B in investment throughout the year. However, deals to food and beverage companies may be on track to decline slightly. 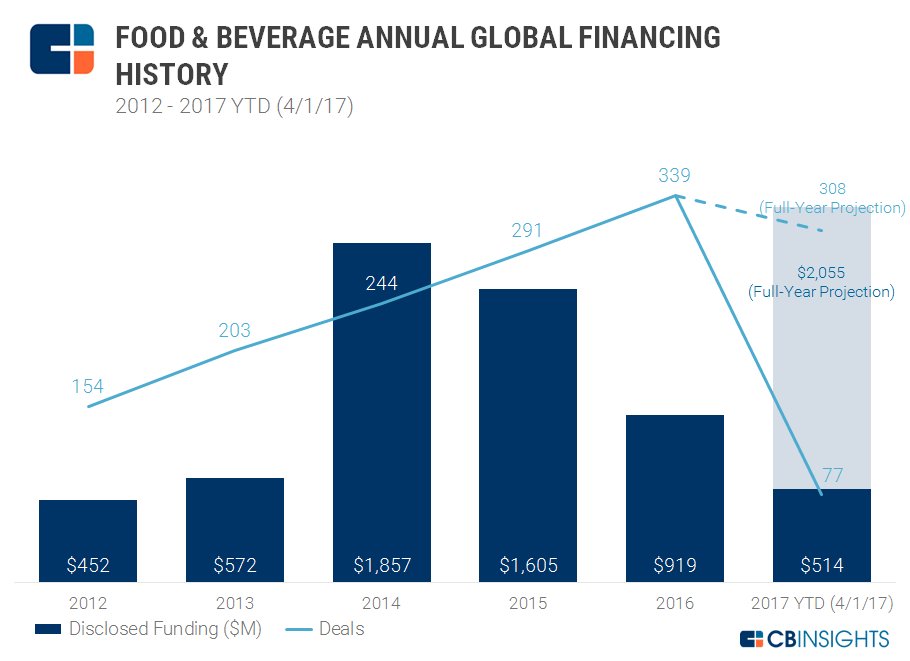 Want more data on food and beverage startups? Log in to CB Insights or sign up for free below.