Research Brief
4208
New investors have energized the food & beverage space since 2015. Condiments and spices have attracted the most deals since 2013.

Funding to food and beverage startups is on track to hit a record high this year, atop solid deal count growth every year from 2012-2016. Partially driving the growth are new investors moving into the space: Since mid-2015, traditional “Big Food” giants including Kellogg’s, Campbell Soup, Tyson Foods, and General Mills have launched new investment vehicles, while food-focused venture funds such as Cavu Ventures and S2G Ventures have also sprung up.

We used CB Insights database to track annual funding trends to the space and created a visual representation of where investors are placing bets in specific categories within the food & beverage space.

Last year, deals to food and beverage companies hit a record high of 338 deals, though funding slipped to $919M from $1.6B in 2015. The sector hit the ground running in the first few months of 2017, and as new investors ramp up their activity — and potentially attract more traditional Silicon Valley investors toward food & beverage — we could see deal and dollar records broken this year. 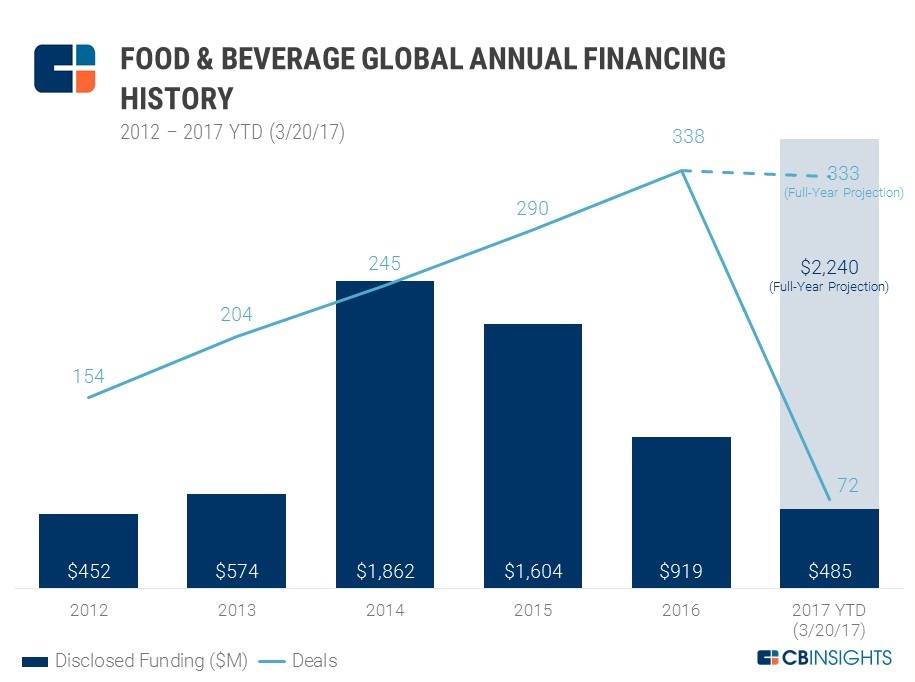 So where have all these investments gone? We categorized all the food & beverage deals in our CB Insights database since 2013 to create the infographic below. While some of the most well-funded startups in the space focus on beverages (such as Vita Coco, Suja Juice, and Juicero) the majority of deals have gone to food brands.

See the full infographic below. 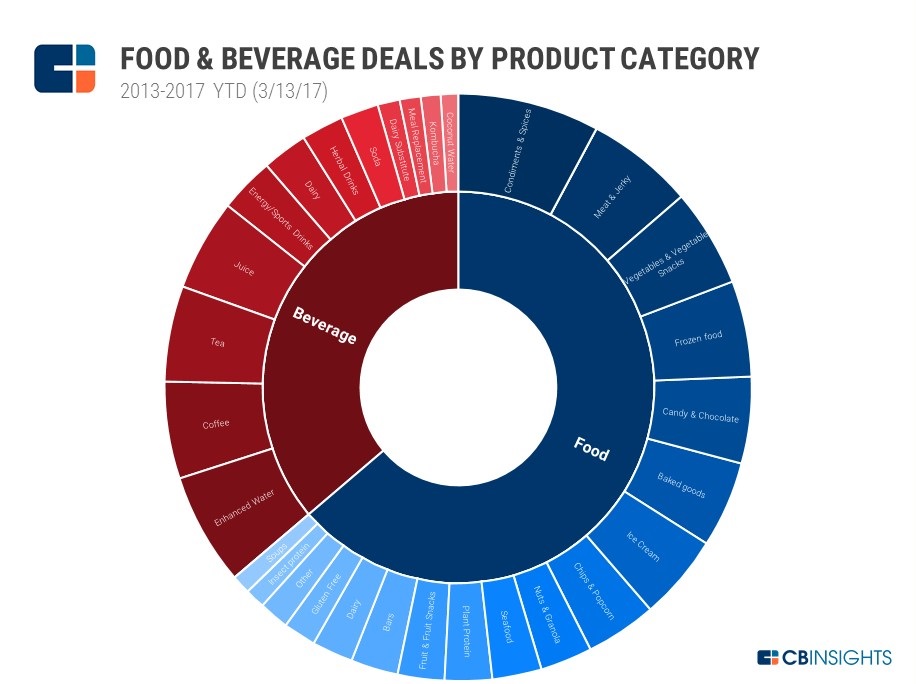 Want more data on food and beverage startups? Login to CB Insights or sign up for free below.