While there has been a steady increase in deal activity from 2010 to 2014, 2015 showed the first sign of a decline, with deals ticking down slightly (though it was the second consecutive year to see at least 70 deals).

Funding saw a 129% year-over-year increase in 2014 thanks to a 4 $50M rounds. 2015 saw slower growth but broke $700M of investment for the first time, with a few $100M+ financings. These included rounds to juice company Suja Life (a $150M corporate minority investment from The Coca-Cola Company) and plant-based meat developer Impossible Foods (a $108M Series D from Bill Gates and Khosla Ventures, among other investors). 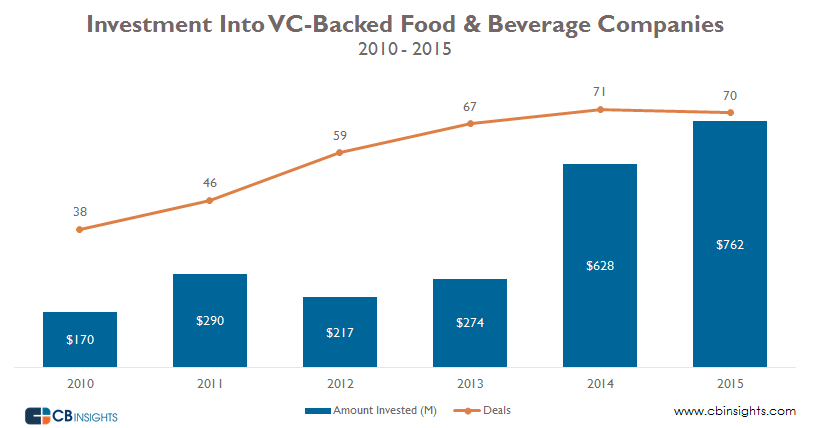 New York was second most active, but saw a dip in 2015 with only 5 financings including Hungry Root and Brooklyn-based Ample Hills Creamery. Several companies that have received large financings outside of major markets include Quench USA (Pennsylvania), Aseptia (North Carolina), and LYFE Kitchen (Atlanta). 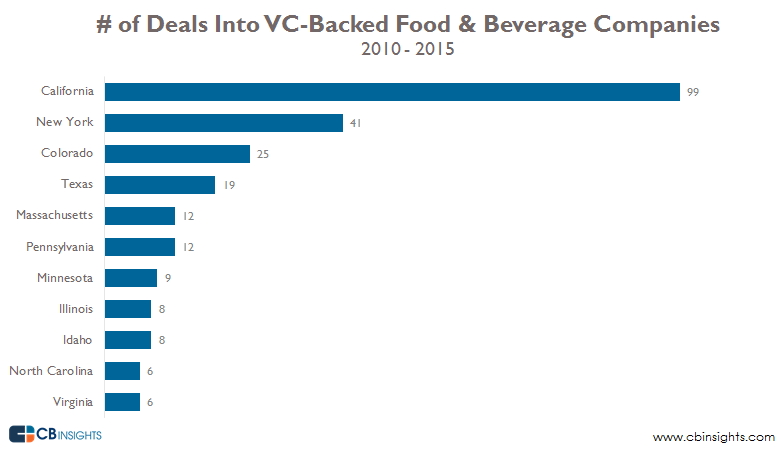