These half-dozen companies have secured investor funding to pursue a variety of flying car concepts.

Founders Fund co-founder Peter Thiel’s criticism of contemporary technology and venture capital innovation is an oft-repeated one: “We wanted flying cars, instead we got 140 characters.” Six years on from Thiel’s 2011 manifesto, his point remains debatable, but a host of companies are now attacking hard problems across different industries. Amidst the boom in funding to private companies working on ground-bound vehicle technologies, entrepreneurs and investors have also turned their attentions to the flying car itself, hoping to overcome numerous engineering and regulatory challenges.

We used the CB Insights platform to examine a half-dozen private startups that have secured investor financing to build aerial vehicles, all with the goal of making personal flight cheaper and/or more ubiquitous than existing aircraft.

Although commonly described under the umbrella term of “flying cars”, these companies’ planned designs range from full-bodied aircraft and helicopter-esque concepts to much lighter flying frames. This is not intended to be an exhaustive list of companies in the space.

In our July 2016 report on the state of auto tech, noise around flying cars was just one of many weak signals within the broader auto tech startup ecosystem. Our Trends tool highlights the greatly increased attention these startups have received in the year since: 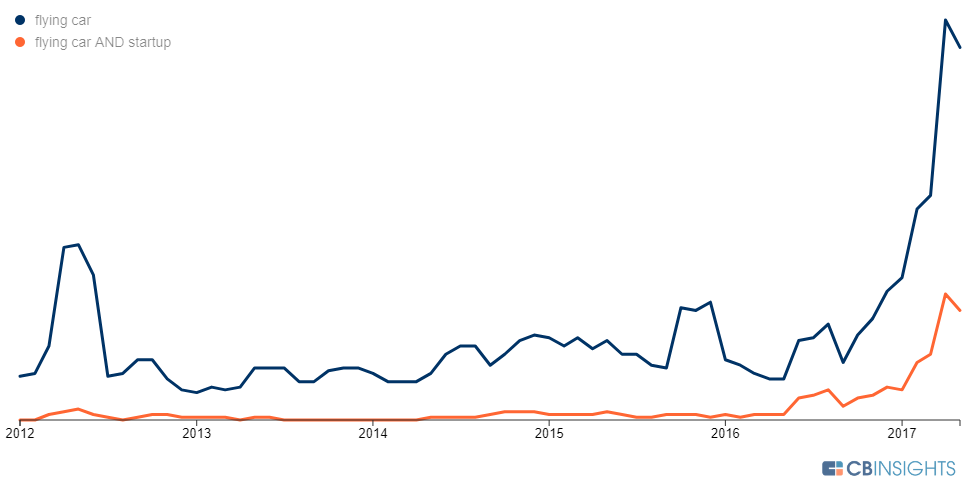 A 2016 Bloomberg profile lifted the veil on Kitty Hawk and Zee.Aero, whose initial test flights in 2013 had driven some early buzz around the space before being swallowed by secrecy. Initially thought to be two distinct startups, Zee.Aero has been clarified as a division of Kitty Hawk. The Mountain View-based company has received at least $100M in funding from Google co-founder Larry Page, and employs over 100 people

Kitty Hawk showcased their first prototype in April 2017, describing an open-air electric flyer designed to operate over water without the need for a pilot’s license. Zee.Aero’s concepts remain shrouded in mystery, but its website suggests more a transportation-oriented solution. 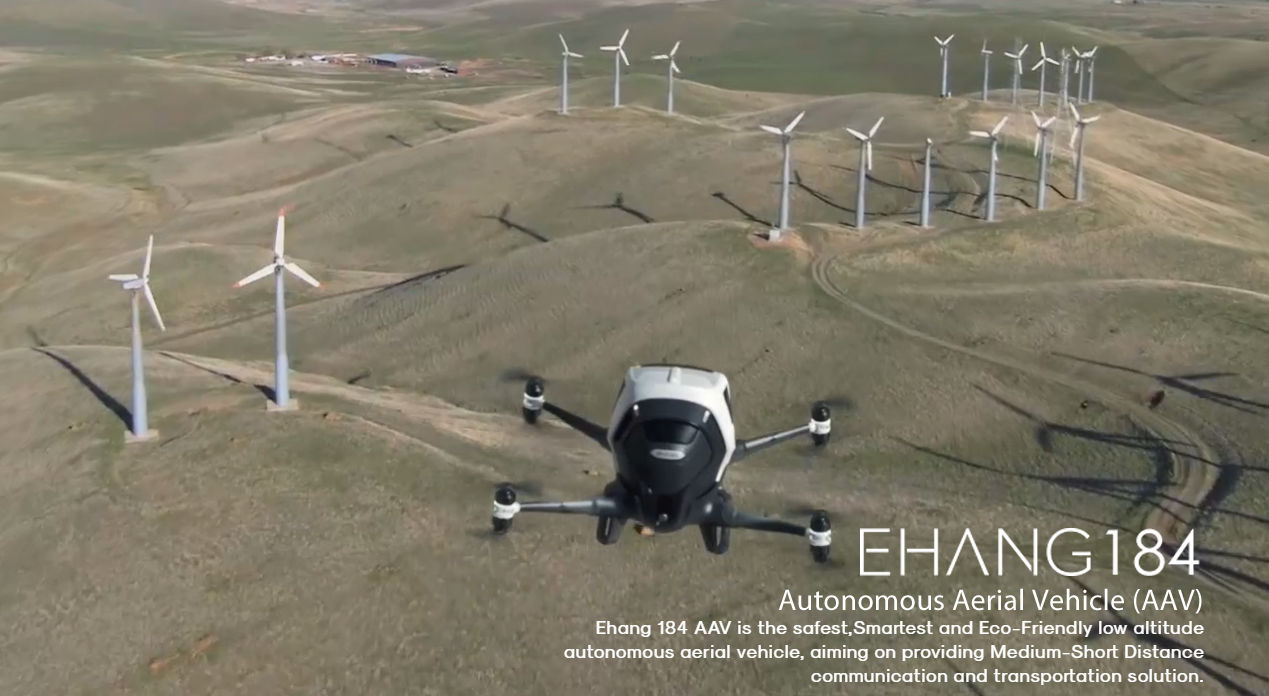 Ehang is a Chinese drone company producing a variety of quadcopter drones for both consumer and commercial applications. In February 2017, the firm unveiled its Ehang 184 autonomous passenger drone, which is slated enter initial passenger service in Dubai beginning in July.

Test flights for the drone have already begun, with the drone said to be capable of carrying a 220-pound passenger roughly 30 miles. The autonomous drones are planned to be autonomously piloted with oversight from remote monitoring stations.

The Slovakia-based AeroMobil features one of the more literal flying car designs, demonstrating its hybrid-electric vehicle in both land and air environments since debuting its 3.0 prototype in late 2014. The car’s range is claimed to exceed 400 miles in both ground-driven and flight environments.

The company has received a grant from the Slovakian government and has continued to pick up angel investors into 2017. In April 2017, the company began taking preorders for the first run of its vehicle, with a price tag starting at $1.3M. 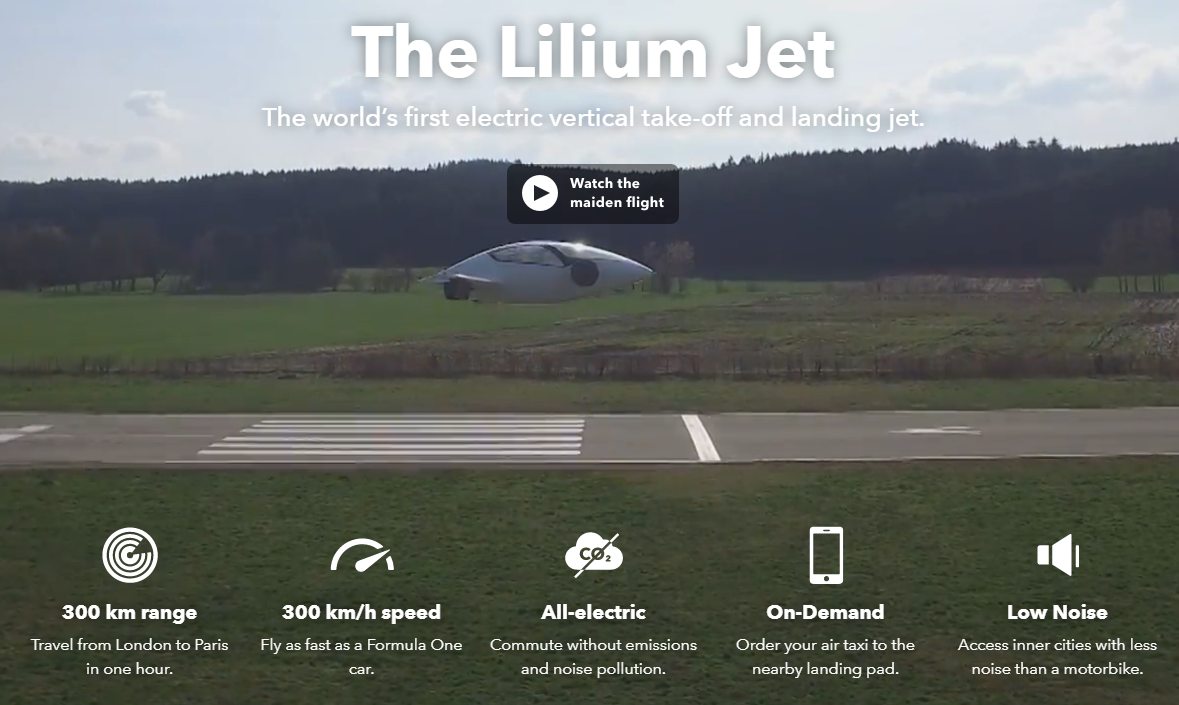 Lilium Aviation is another European startup developing its own take on the flying car concept. Lilium’s jet is an electric VTOL aircraft built from lightweight composites; its five-seater “flying taxis” are targeted towards on-demand commuting and transport applications.

The startup saw a Series A investment led by Atomico in December 2016, and has begun test flights over its home country of Germany.

Founded in 2006, Terrafugia has opened reservations for its first aircraft, dubbed the Transition. The company aims to field road-legal vehicles also capable of operation as a light aircraft. The Transition is conventionally powered with an internal combustion engine, but Terrafugia’s TF-X concept is an electric VTOL aircraft that resembles other autonomous flying taxi concepts. 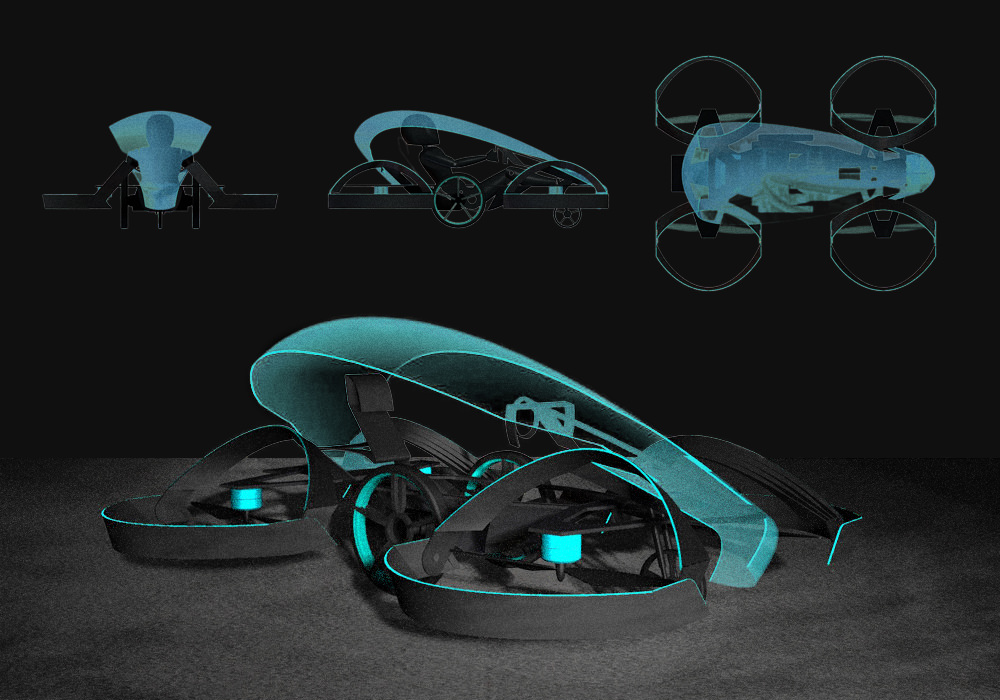 Cartivator began life as a side project of roughly 30 young Toyota engineers and employees. However, in May 2017 Toyota officially blessed the project, devoting about $350,000 in funding to the group. Cartivator’s SkyDrive is currently a barebones prototype, but a full-scale reveal is planned for July and remote piloting plans are also in the works.

Toyota hopes to make a splash by having their vehicle light the Olympic Torch for the 2020 Olympic Games in Tokyo.

Want more data on flying car startups? Log in to CB Insights or sign up for free below.