In the wake of Walmart's $16B acquisition of Indian e-commerce site Flipkart, we round up the top Indian tech exits since 2010.

This week, Walmart bought Indian e-commerce site Flipkart for $16B. This is, by a long shot, the biggest exit for an Indian tech company.

In addition to being the largest exit, the e-commerce site is also the most well-funded company in India’s tech ecosystem, with over $6B in total disclosed funding. It has raised multiple rounds of funding from many deep-pocketed investors.

New York’s Tiger Global Management, which has invested roughly $1B across 9 rounds to the company, cashed out with nearly $3B of returns, according to some sources. Flipkart’s other major investors include Japan’s SoftBank Group, South Africa’s Naspers, China’s Tencent Holdings, Microsoft, Morgan Stanley, HDFC Bank, and more. 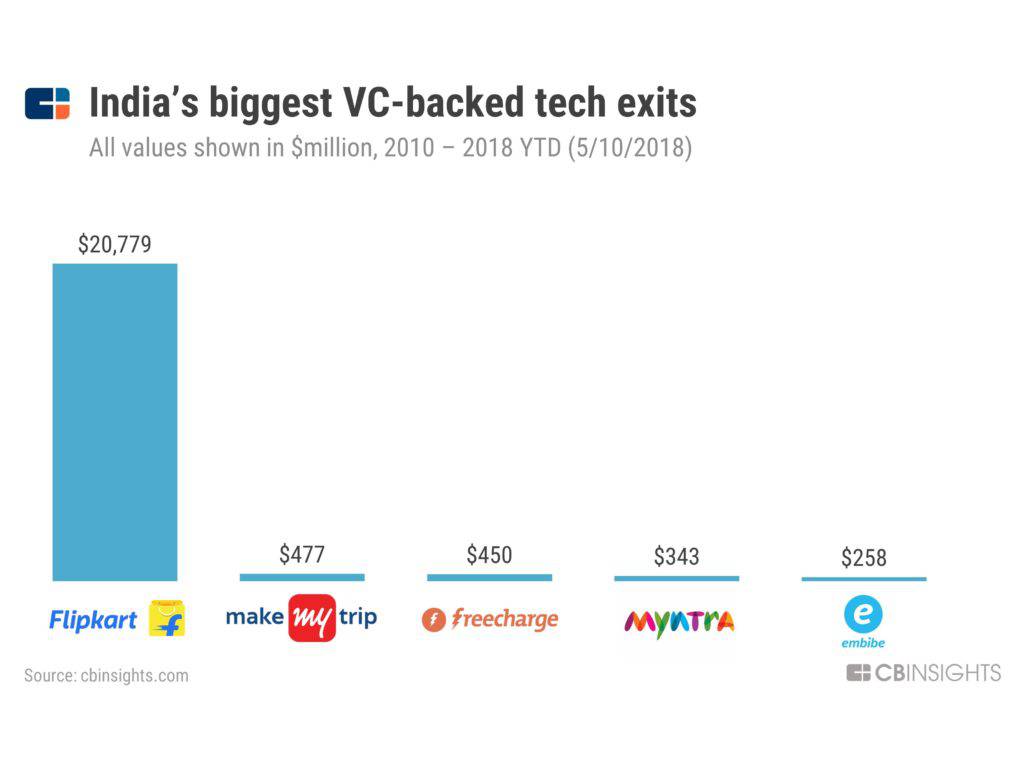 Compared to Flipkart, India’s other tech exits are much smaller.

The country’s second-biggest exit since 2010 was MakeMyTrip, which went public in 2010 at a valuation of $477M.  FreeCharge, an app to add mobile balance, followed closely at $450M, and was sold to e-commerce site Snapdeal in Q1’15.