With 5 new unicorn births in Q2'17, deals and dollars to fintech startups are on pace to set records in 2017.

Asia came in second with five $50M+ investments. This included one new unicorn: Tuandaiwang, which raised a $292M Series D that valued the company at $1.5B. 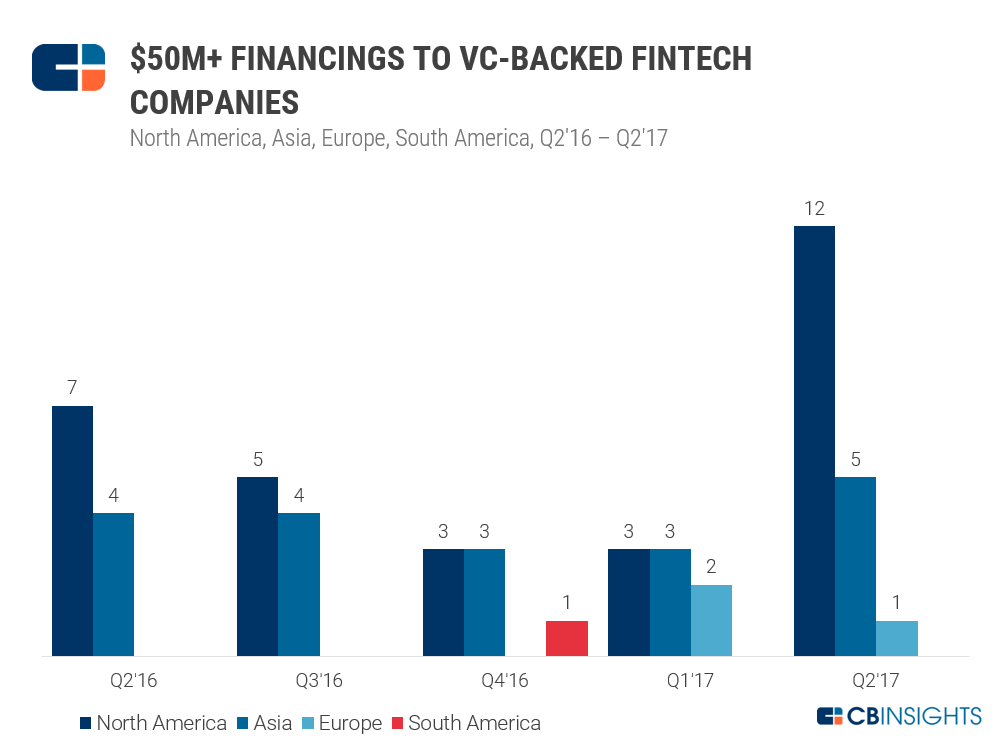 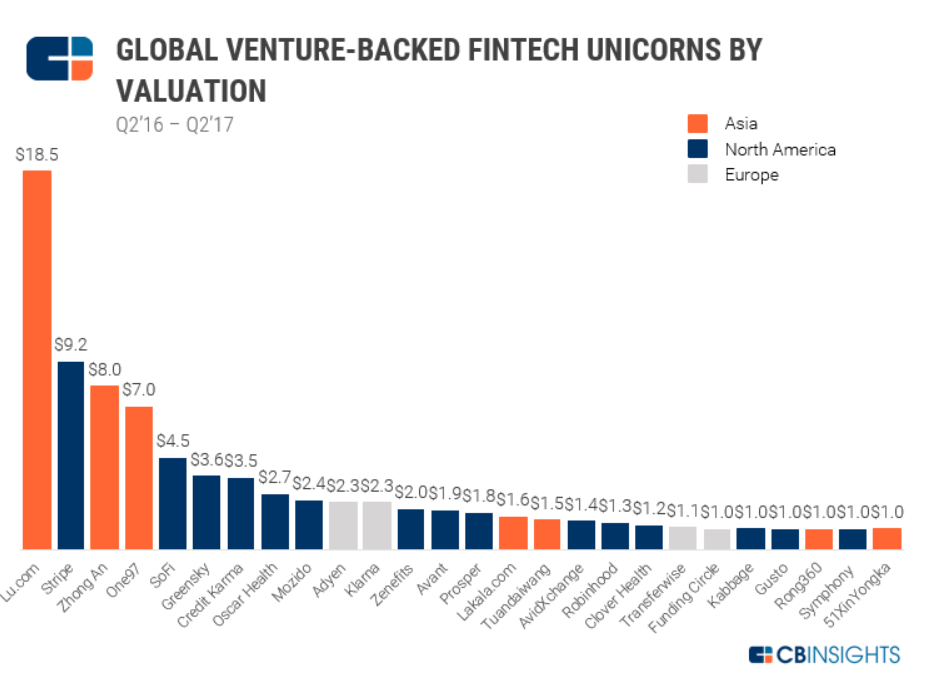