Research Brief
3673
Deals to VC-backed fintech startups in North America dropped below 100 last quarter after reaching as high as 133 deals in Q1'16.
Check out even more content at Future of Fintech 2017. Use code “FoFInsights” to get $1000 off your ticket.

Deals and funding to VC-backed fintech companies in North America dropped to a 5-quarter low in Q3’16 with $900M raised across 96 deals, according to The Pulse of Fintech – Q3’16 published by KPMG and CB Insights.

In contrast to the same quarter last year, which saw mega-rounds to the likes of SoFi, Kabbage and Avant, Q3’16 saw fintech investment to VC-backed companies dip below $1B. On a quarter-over-quarter basis, fintech investment fell 47% in Q3’16. 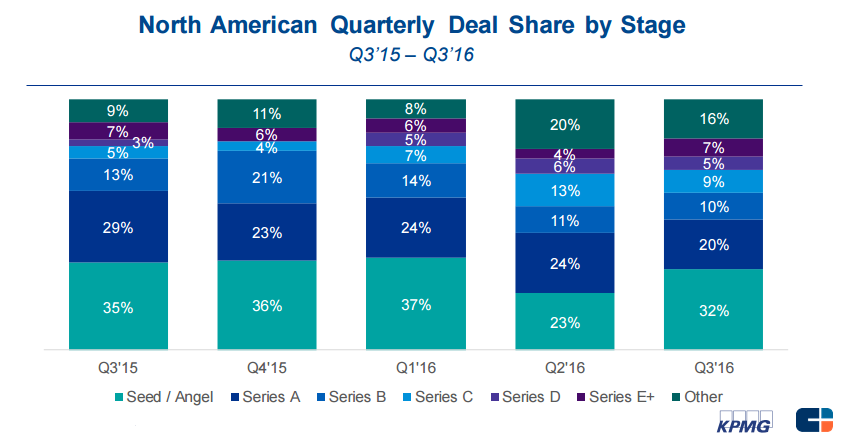 Want more data about fintech startups? Login to CB Insights or sign up for free below.