Research Brief
3656
Snapchat and Magic Leap are among the companies to achieve unicorn status the fastest.

Building a billion-dollar business is no easy feat. For many companies that process can take decades, but some companies are able to do it much quicker. This can be because of how hot a space is, the pedigree of the founders, the company achieving viral growth, or any number of reasons. We used our Enhanced Valuation data to map out how long it took for the top 20 US-based unicorns (by valuation) to raise a financing round that valued the company above $1B after their first-ever equity financing. We also took a look at the fastest companies to ever reach a $1B+ valuation from their first financing round. Then we looked at the US VC-backed companies that achieved a $1B exit the fastest from their first equity financing (spoiler: Oculus tops the list with their $2B acquisition by Facebook). *Spinouts were not included in this analysis. **Some companies were bootstrapped for several years before raising financing. ***Companies that raised at a $1B+ financing in their first fundraise were not counted. 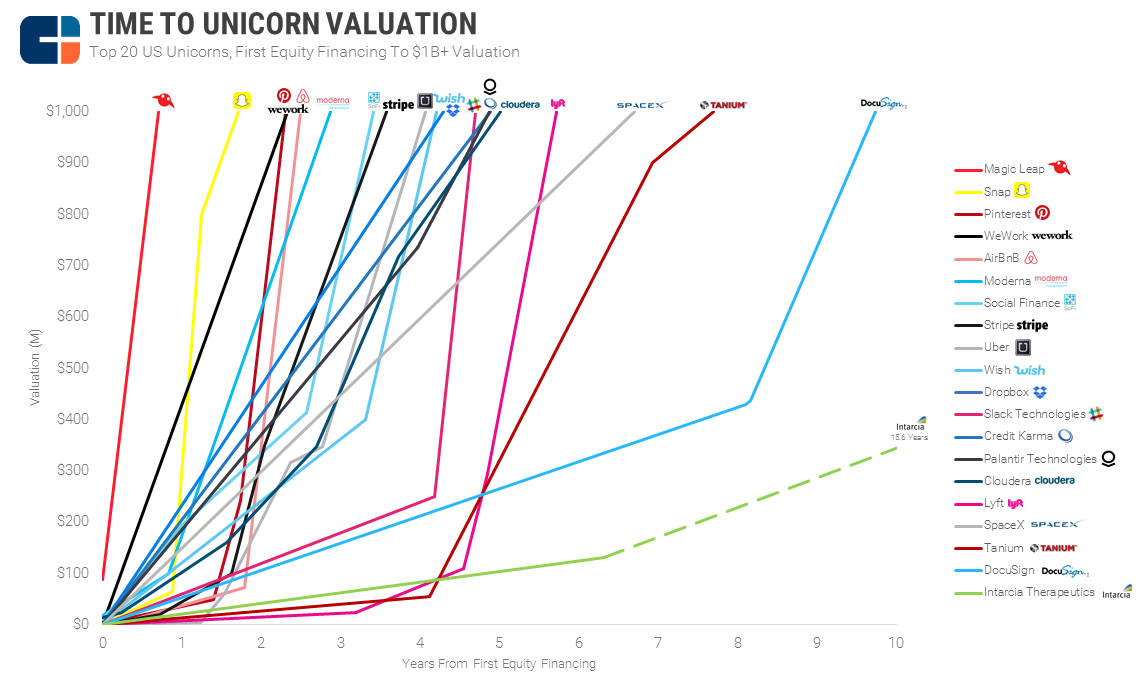 When we look at the above chart, a few interesting notes standout:

We also took a look at the fastest companies to ever reach a $1B+ valuation from their first financing round (for companies that became unicorns after 2009). Magic Leap and Uptake Technologies were the fastest, reaching billion dollar valuations in less than a year after their first financing. Of the 5 fastest, Magic Leap, Zoox, and Jet all raised at more than $150M largely in stealth mode before they had available products and were also started by serial entrepreneurs who had at least one $500M exit under their belt (with the exception of Zoox). 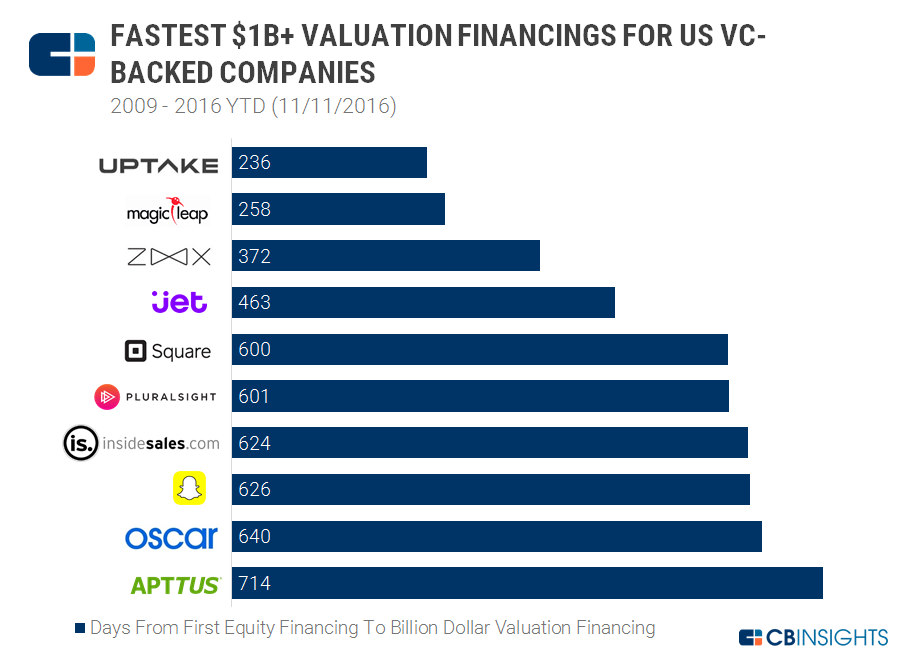 Fastest to $1B exit

While reaching billion dollar valuations on paper quickly is an achievement, reaching liquidity quickly is even more impressive. When we look at the US VC-backed unicorns that sold the fastest from their first equity financing, Oculus tops the list with their $2B acquisition by Facebook. This happened less than a year after their Series A, after the company had previously raised more than $2M on Kickstarter. Airwatch represents the second-fastest acquisition post-investment, selling the company to VMWare about a year after raising a gigantic $200M growth equity round (Airwatch was bootstrapped for the decade prior to the fundraise so the company was definitely more mature than a company like Jet.com). Flexus Biosciences, an immunotherapy company and the only biotech company on the list, sold to Bristol-Myers Squibb for $1.25B very early in the company’s product lifecycle. Jet is the 6th-fastest flip. The largest acquisition on this list is Whatsapp, acquired by Facebook with a final price tag of $22B. Facebook acquired 3 companies on this list: Oculus, Instagram, and Whatsapp highlighting the company’s penchant for snapping up emerging consumer platforms quickly. 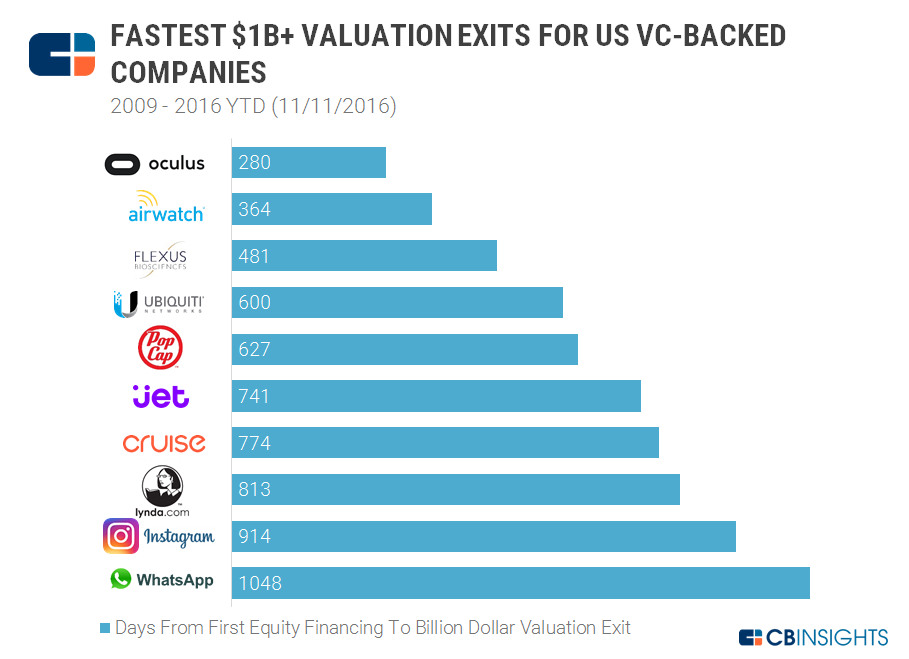 Want more data on fast rising companies? Check out our private market database or sign up below.