Research Brief
1996
The trend was slightly different in moving from Series A to B, as time between rounds dipped down slightly in the first half of 2015.

Despite impressive annual growth in funding to their industry, ed tech companies are increasingly taking longer to move between early-stage financing rounds.

Using CB Insights data, we analyzed median time in early rounds for ed tech startups from 2011 through Q2’15, and also identified some of the fastest-raising companies. 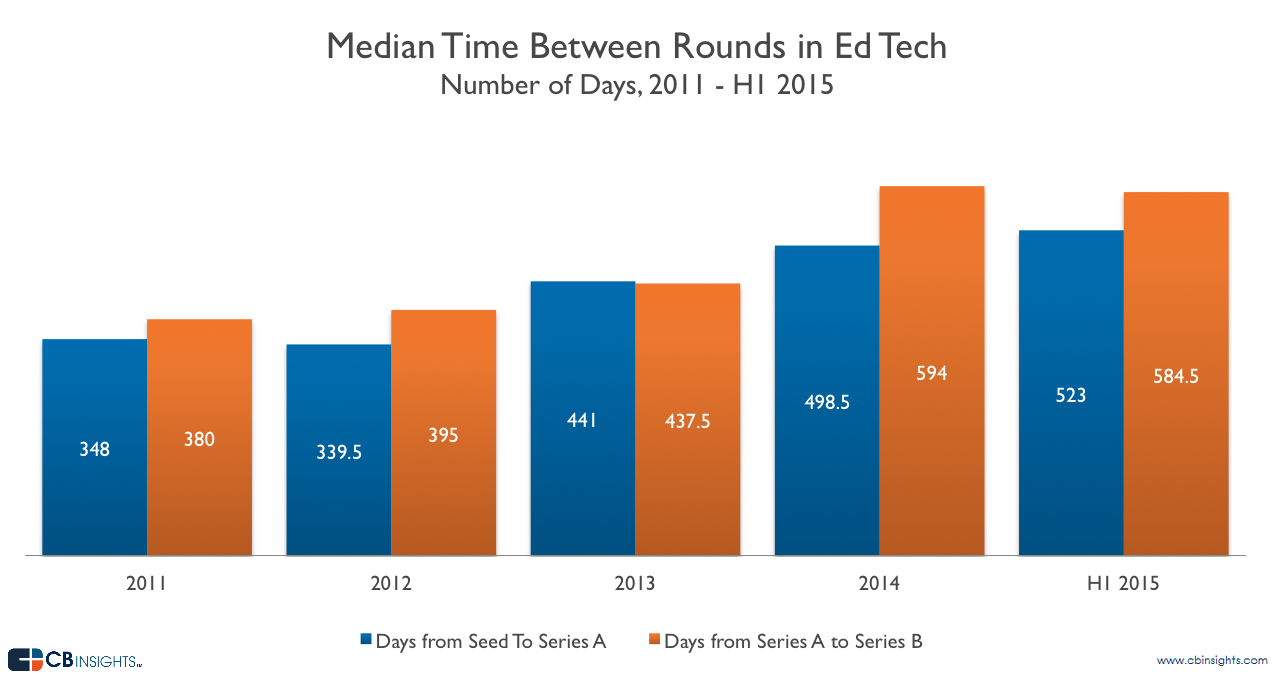 However, we identified some individual fast-moving startups that bucked the overall trend, listed in the table below.

Seed To Series A

Series A To Series B

For moving from Series A to Series B, the speediest startup was Fullbridge. Fullbridge, a business fundamentals-learning website, raised its Series B only ~2 months after its Series A and has received a total of $27.9M in funding. Its backers include GSV Capital and TomorrowVentures.

Want more data about education technology? Login to CB Insights or sign up for free below.