Research Brief
1939
A couple of early-stage e-commerce companies have raised new financing three weeks or less after their previous round.

Funding to e-commerce companies was up 133% in 2014, and maintained that pace in the first three months of this year. As startups and investment continue to crowd into e-commerce, it’s useful to know which companies are moving the fastest.

Overall, e-commerce startups are actually taking a longer to move from Seed to Series A financing. However, there was a slight acceleration in the first half of this year, at least in terms of moving from Series A to B rounds. 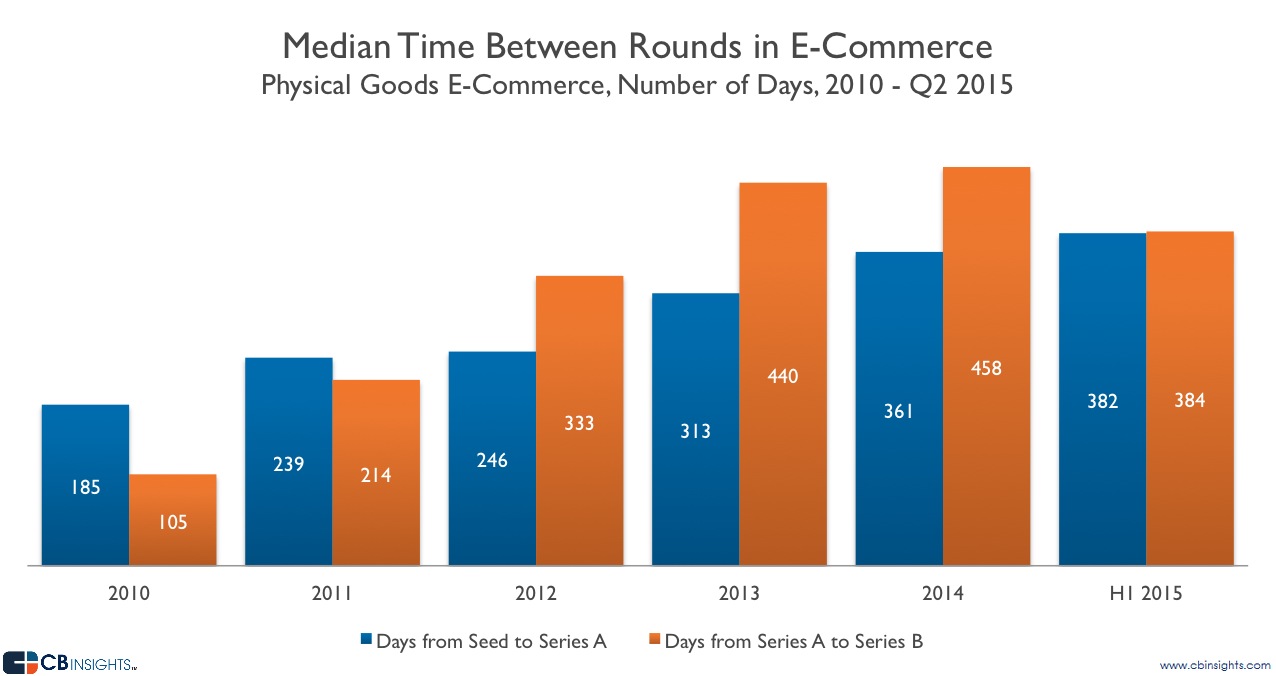 The CB Insights database allowed us to identify 4 of the fastest-raising companies for moving beyond Seed to Series A. All these companies went from Seed to A in less than 2 months. Mercari, a mobile flea-market app, received a series A round of $3M three weeks after its seed funding of $500K. See the full list below:

We also looked at the companies that were fastest to move from Series A to Series B in the 2010 to Q2’15 period. The fastest-growing mid-stage company was Citydeal, a European deals service (later acquired by Groupon), which received $6.9M in Series B funding only 45 days after its Series A funding of $5.6M. Lazada, a Southeast Asia retailer, received Series B funding of $132M only 2 months after its Series A funding. More companies can be found below: