A newly published patent from Facebook envisions a system to guess whether a user is in the “middle class,” or two other classes not specified.

The patent outlines a sample decision tree that would use data points the platform collects on the user, such as whether the user is a homeowner, to assign probability values and predict socioeconomic class.

Facebook notes that the patent is aimed at “third parties to increase awareness about products or services to online users.” Examples given include corporations and charities. Presumably Facebook could use the tech to target its advertising and other content more granularly.

The decision tree begins by identifying the user’s age. This creates a benchmark for what other data points will be relevant to determining class, eg presumably homeowner status is a more significant indicator for a 30- to 40-year-old vs. someone in their 20s. 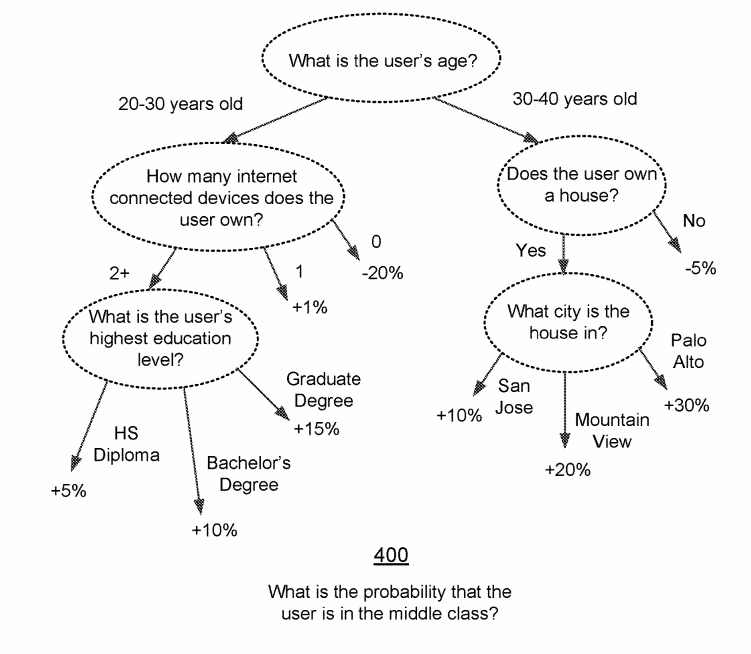 The patent indicates different datasets that might be considered, including number of devices owned, household data, travel history, internet usage, and more. The system would also include global information from market research questionnaires to help train the classifier on attributes associated with different socioeconomic classes. 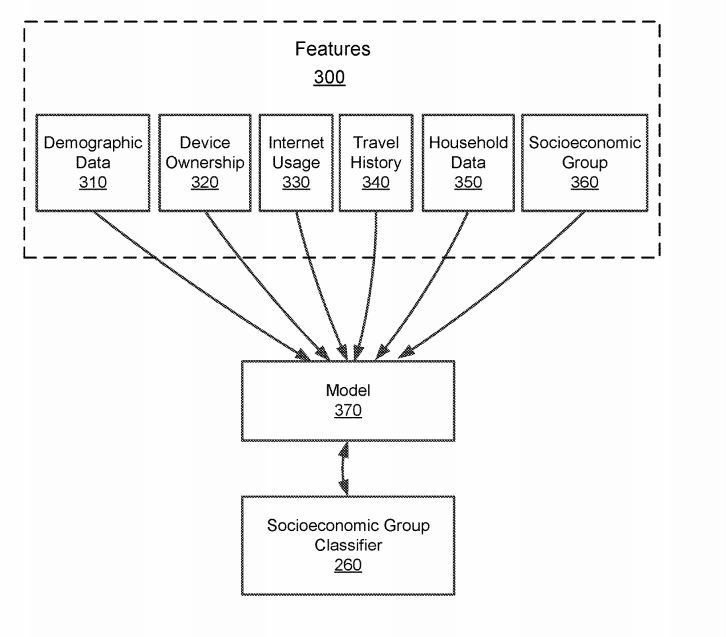 The patent, which was filed in July 2016 and published on February 1, comes at a time when Facebook has received scrutiny for its targeting tech.

This patent also follows a series of other patents around emotion tracking, with Facebook seemingly trying to get more and more granular data about how their user base reacts to different ads, content, and more.