Research Brief
1814
Analyzing the startup and VC relationships of some of Facebook's earliest employees.

As tech titans go public, early employees with some reputational clout and money in their pocket start to build their own companies or become investors in startups. The most famous example is that of the Paypal Mafia. There is also a burgeoning Twitter Mafia as we previously highlighted. Today, we turn our attention to Facebook alumni using the Business Social Graph to map out the Facebook Mafia.

We limited our analysis to early Facebook employees (2006 or prior) before the company reached their multi-billion dollar valuation. The companies founded by early Facebook employees have seen varying levels of success. Sean Parker’s video-chat startup Airtime, had a lot of buzz surrounding it, but at the end of the day couldn’t live up to the hype and shutdown. Dustin Moskovitz, one of the Facebook cofounders, left the company in 2008 to found Asana which has raised $37M to date. Cloudera is the most well-funded of the companies, raising $1.04B  total and currently valued at $4.1B. 4 companies on the list have exited: DailyStrength, Cove, Jumo, and Trialpay. 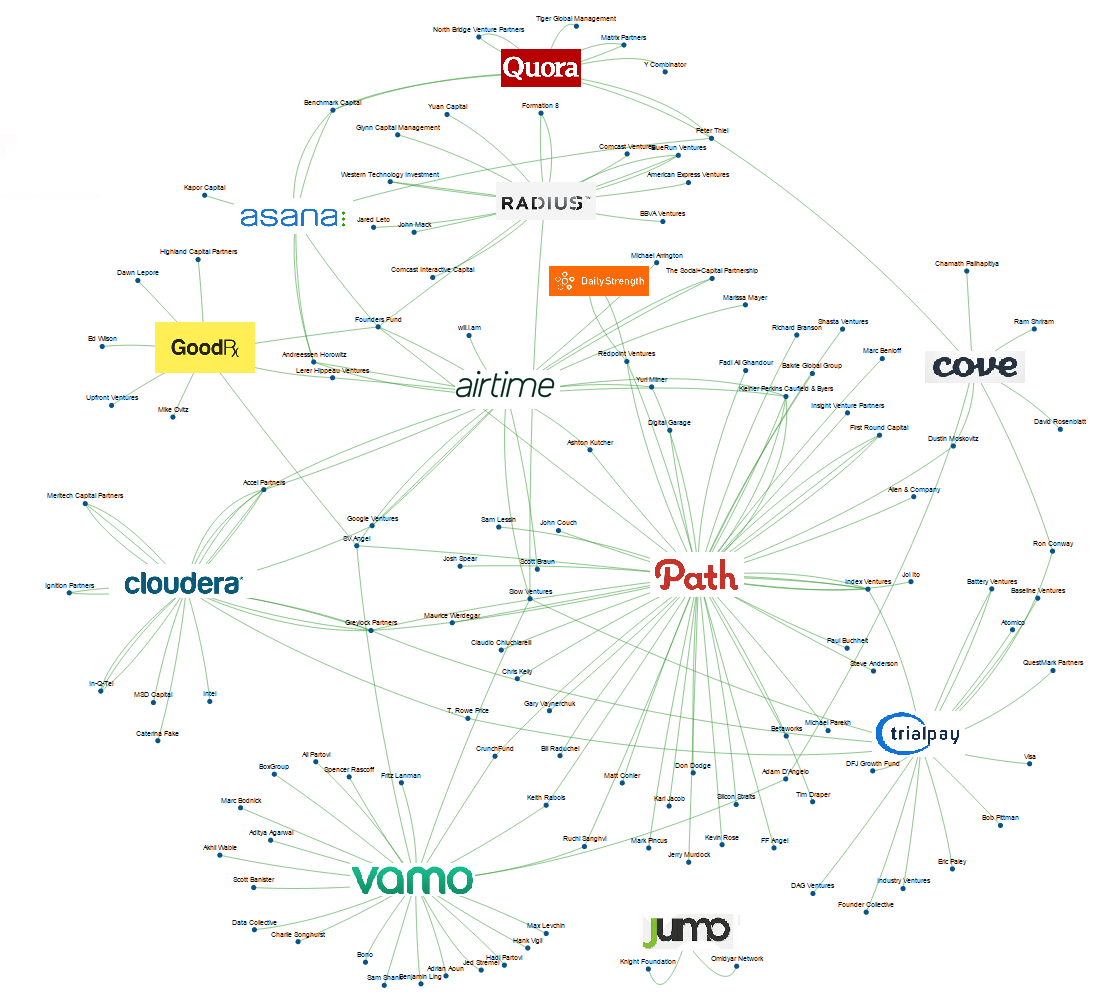 While some early employees founded their own companies, others became partners at venture firms. Chris Hughes, another of FB’s co-founders, was an entrepreneur-in-residence at General Catalyst Partners, with Kevin Colleran joining the same firm in 2012 as a Venture Partner. Kevin is also a managing partner at Slow Ventures, which recently raised a new $65M fund and includes investments in Tumblr, Pinterest, and Nest in its portfolio. Matt Cohler, an early VP at Facebook, has been a part of Benchmark Capital since 2008 which has built an enviable unicorn portfolio. 42 companies have at least two of these funds as investors, with Brit & Co. (founded by the wife of Dave Morin, also a Facebook alum) being the only company with three. Founders Fund and Slow Ventures have the most overlap in portfolio companies, including Hinge, Betable, and StyleSeat. Notably absent from this graph is Social+Capital Partnership started by Chamath Palihapitiya, who started at Facebook in 2007 and was not included in the analysis. 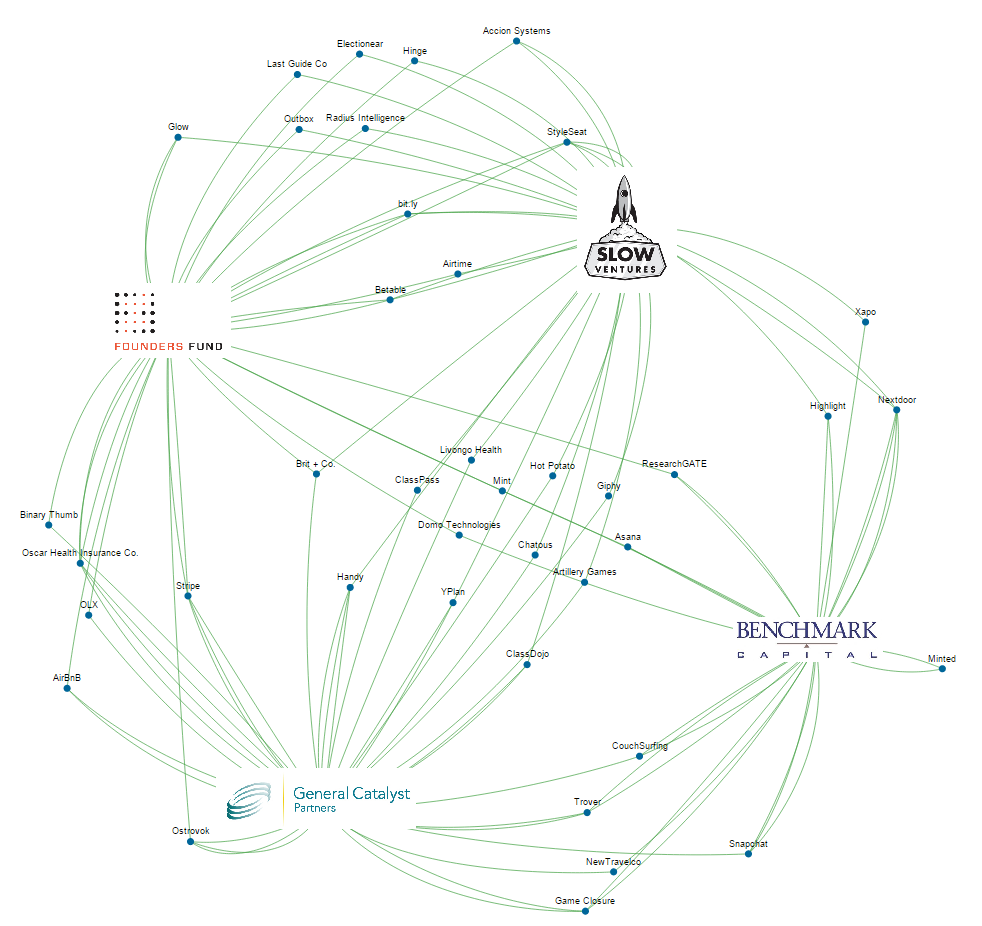 Want more data on the Facebook Mafia? Check out the CB Insights venture capital database below.