Research Brief
4474
After a few years of minimal high-value exits, there is finally more money coming out of tech than going into it.

For the first time in two years, US tech startups are seeing aggregate exit valuations outpace funding to tech startups. When we plot out equity deals into tech companies vs. first exits by those tech companies, this becomes more clear. 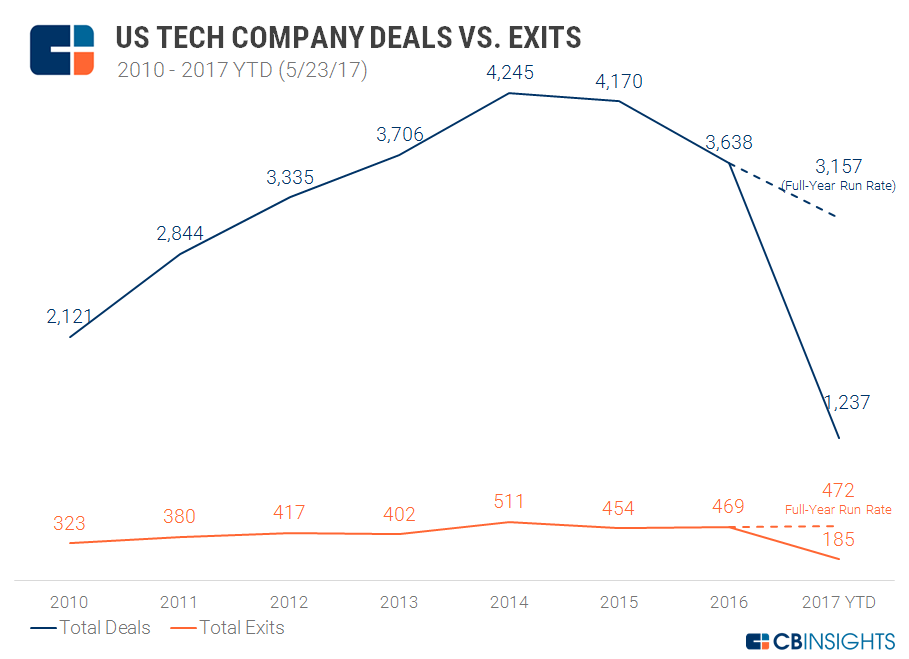 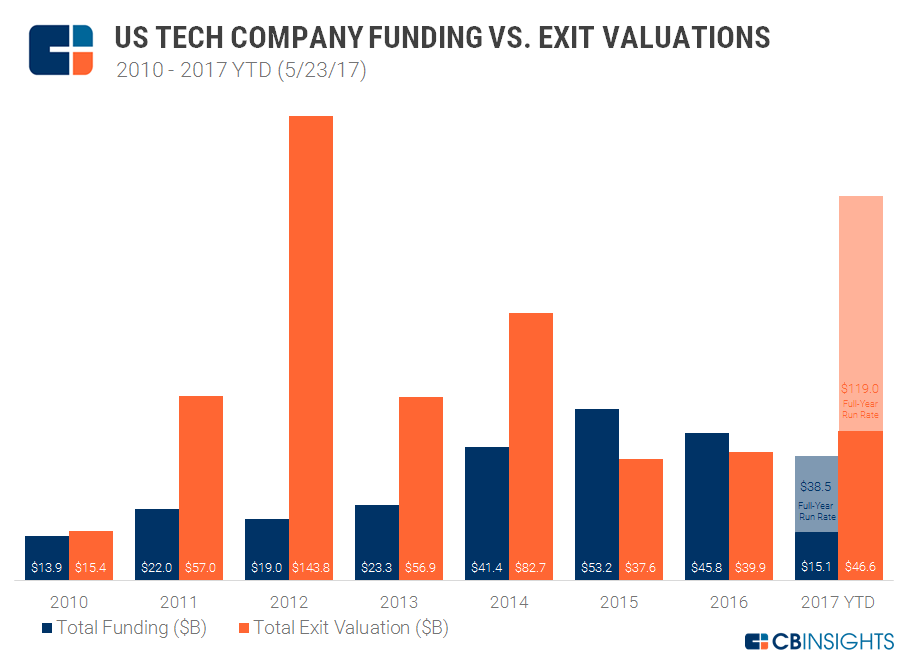 Want more data on tech investing? Check out our private market database or sign up below.