Early-stage deals are taking up a greater share of activity.

Amid continued uncertainty around the ramifications of Brexit, deals and funding to VC-backed fintech companies in Europe dropped to a 5-quarter low in Q3’16 with $233M raised across 38 deals, according to The Pulse of Fintech – Q3’16 report published by KPMG and CB Insights. 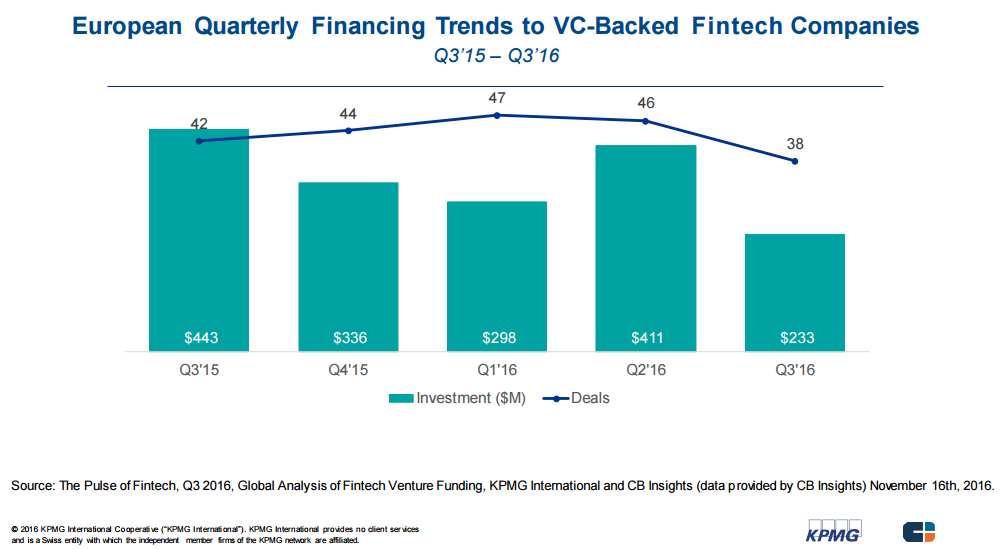 When looking at deal share we see that activity skews towards the early-stage. Seed deals accounted for almost half of all deal share to European fintech startups in Q3’16 at 45%. Series A deal share fell for the first time in 5 quarters but still represents more than one-fourth of all deal share.

Midstage deals (Series B and C) accounted for 16% of deal share in Q3’16 while late-stage (Series D+) deals clocked in at just 5% of activity. 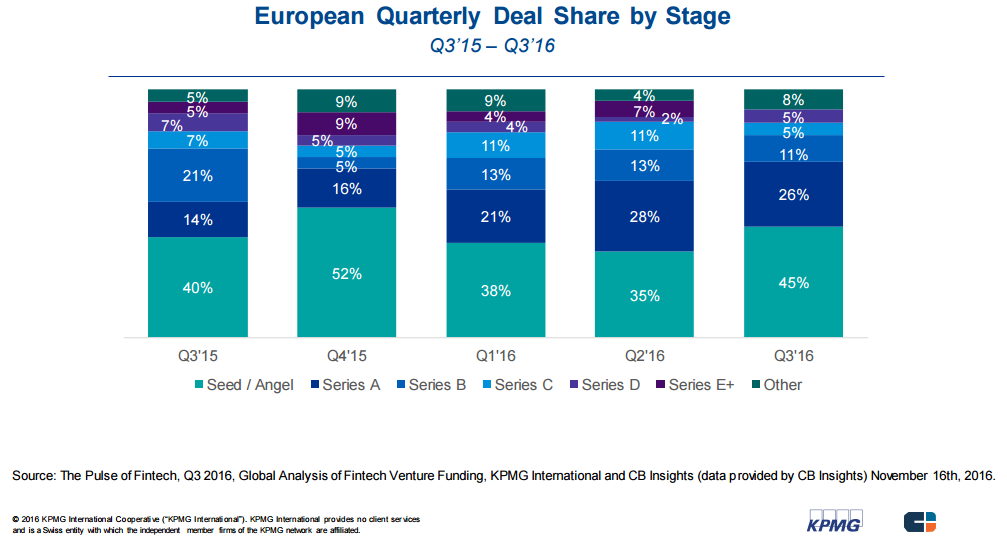 Both deals and funding to VC-backed fintech companies in the UK dropped to a 5-quarter low in Q3’16. 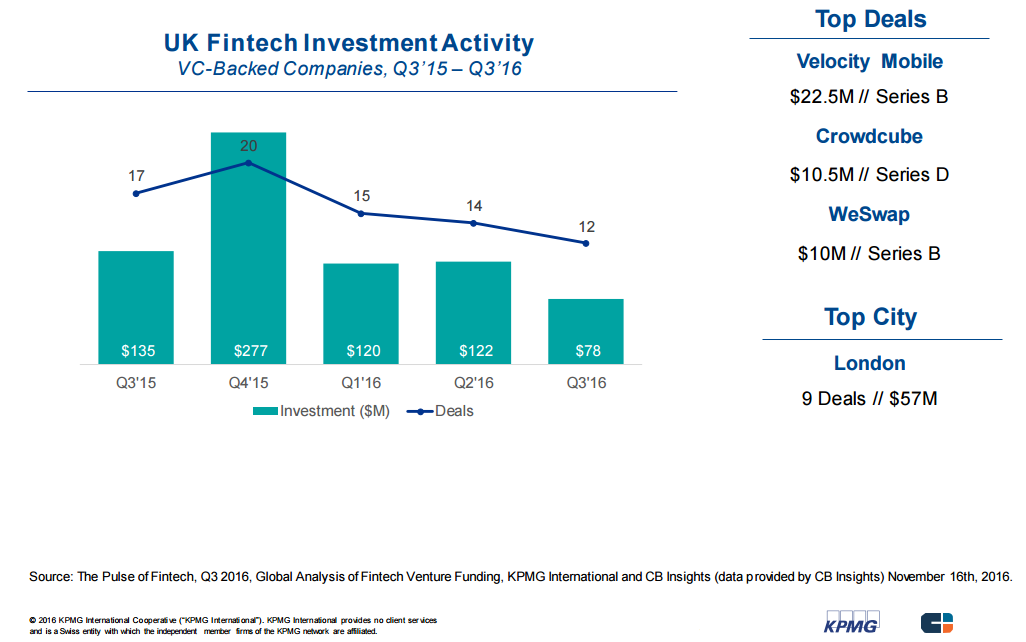 German fintech deal and funding activity fell to a 3-quarter low in Q3’16. 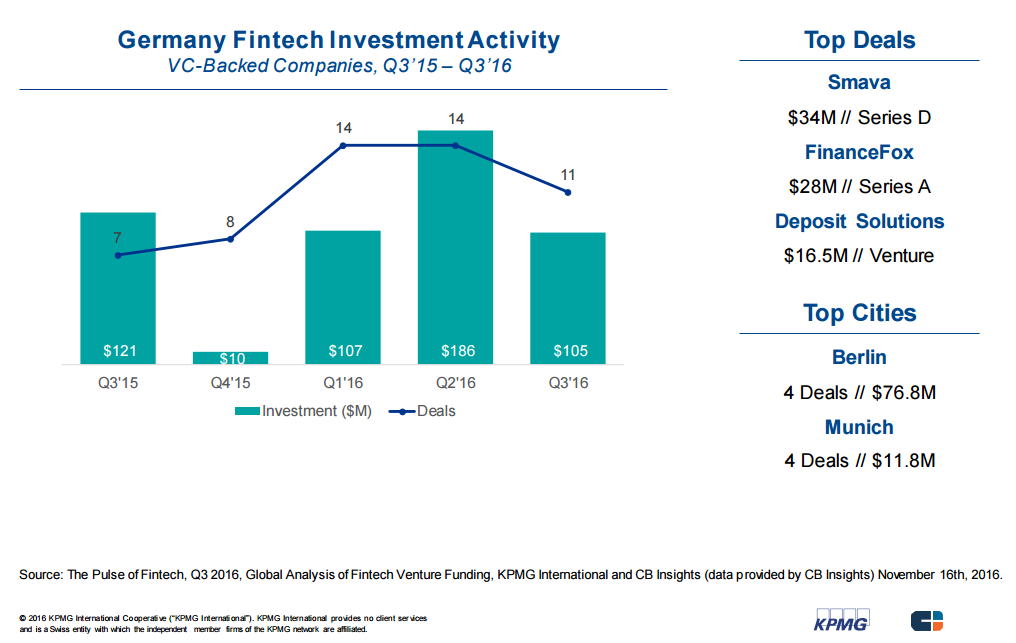