Research Brief
3430
Europe has seen a strong 2016 while some other major tech hubs have stumbled.

While tech chatter tends to focus on companies and investors around Silicon Valley, using CB Insights’ data tools we found that Europe’s tech scene is on the rise, even as other regions have seen a pull back in activity.

This analysis was performed entirely on the CB Insights platform, no excel required. Analysis is up to 9/7/2016.

Since 2009, Europe has seen consistent growth in investment in the tech sector, with Q2’16 topping 700 deals, a jump of more than 50% year-over-year. Funding dollars have remained fairly consistent since 2015, with over $3B in equity investments to European tech companies in four of the last six quarters. In total, Europe has seen $37B invested since 2011 across more than 8,000 tech deals. See the deals here.

This is especially notable because VC-backed companies in Europe in general have seen a dip in funding in 2016, suggesting that tech is showing special resilience within the region. 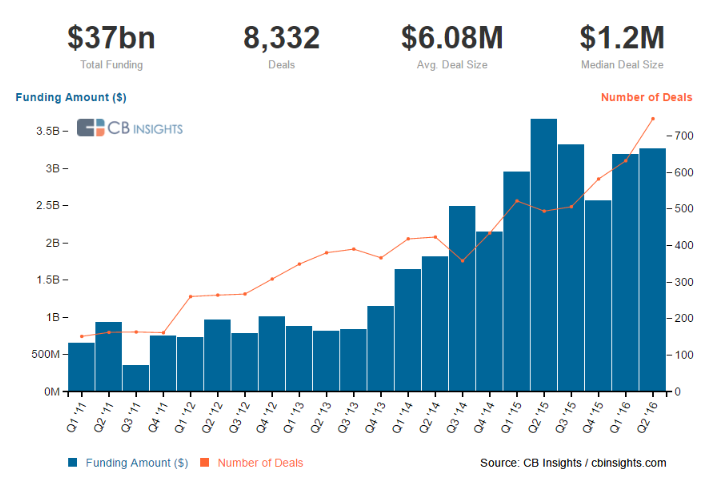 A large part of tech’s recent jump could be attributed to a strong early-stage funding environment. Below is a deal search of only Seed/Angel and Series A deals, which saw a big jump in Q2’16 and represented more than half of all European tech deals in the quarter. 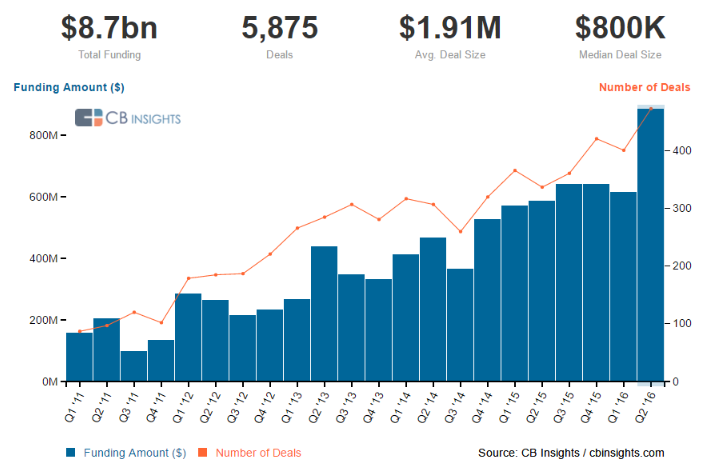 It’s interesting to note that while Asia has a comparable amount of deal volume as Europe, the average size of the deals are notably bigger in Asia, with many more megarounds happening in the continent. In addition, North America dwarfs European tech deal count, with more than 1,500 deals a quarter since 2014 compared to under 800 at Europe’s peak. See the tech deals in North America and Asia. 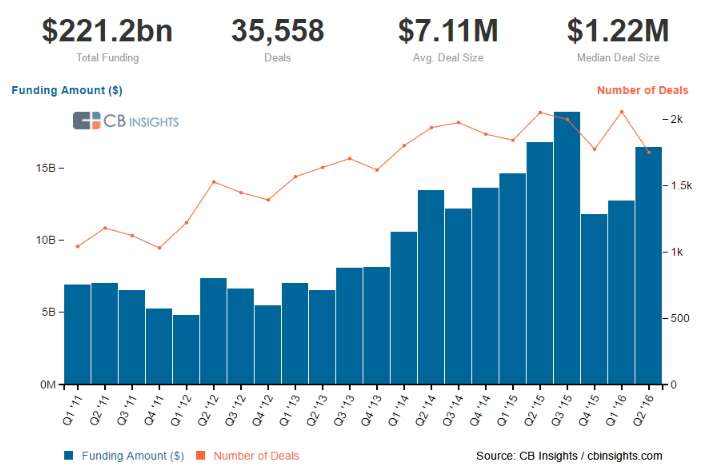 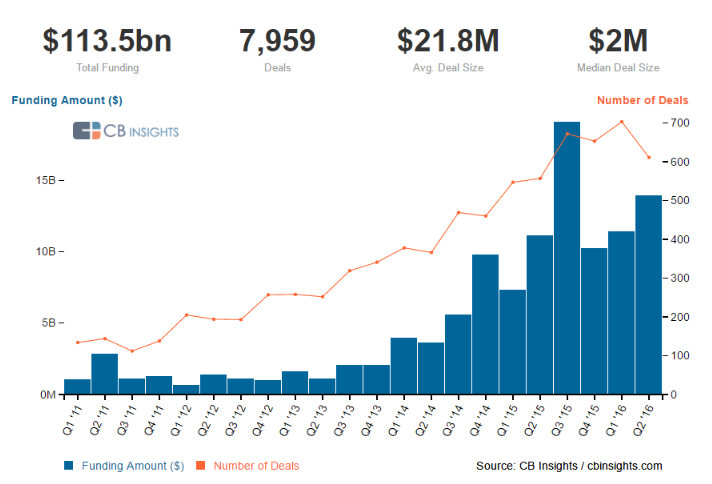 Doing a deal search for the top tech deals in Europe this year, we see that Spotify’s $1B convertible note tops the list by a large margin. Also notable, Global Fashion Group raised $340M in a down round, dropping from a $3.4B+ valuation in 2015 to a $1.1B valuation in this latest round. Several European unicorns raised $100M+ rounds in 2016 including Skyscanner, Deliveroo, Farfetch, and MindMaze.

Want to see more geographic searches in CB Insights? Sign up for our private market database below.