Research Brief
2211
The United Kingdom notches another quarter with $1B or more in funding. There were 90 deals to VC-backed UK companies in Q3'15.

European startups attracted more than $3.5B across 313 deals in Q3’15 — the third quarter with $3B or more in funding — and contributed several of the new companies to our CB Insights unicorn list.

The last 3 quarters have seen more than $3B invested in Europe-based startups. Mega-rounds above $100M in size are one of the drivers of funding growth in the quarter.

In Q3’15, the 12 largest European financing rounds accounted for 43% of total funding for the quarter. Of those, there were several rounds in unicorn companies, including Auto1 Group‘s $100M round and HelloFresh‘s $85M Series F. 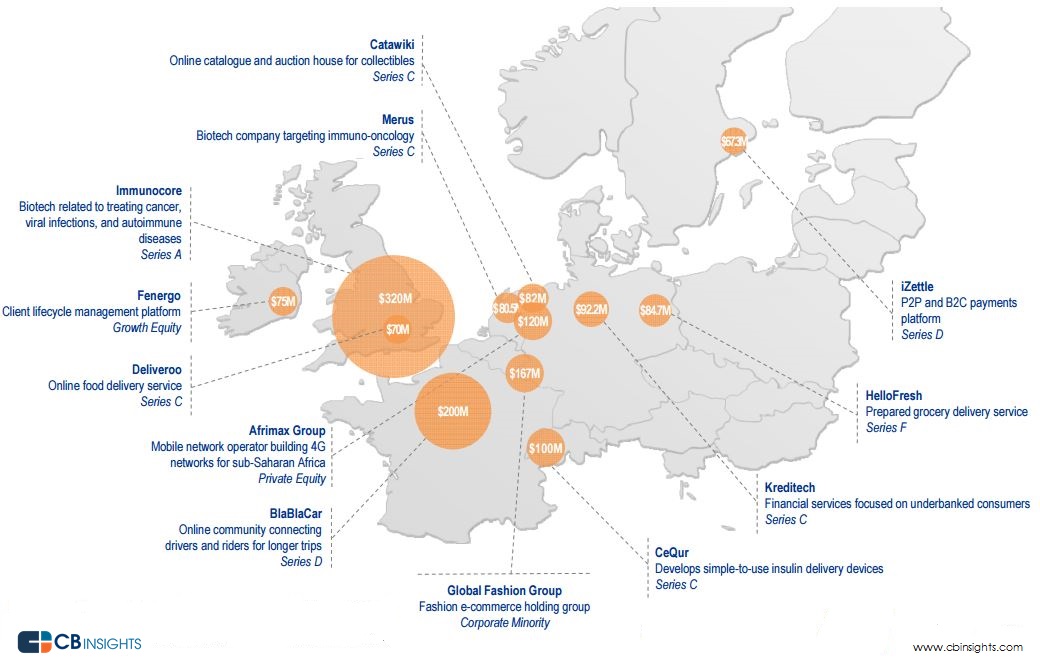 The United Kingdom received more than $1B in funding across 90 deals in Q3’15. Additionally, each of the last 3 quarters have seen more than $1B deployed across 90 or more deals. 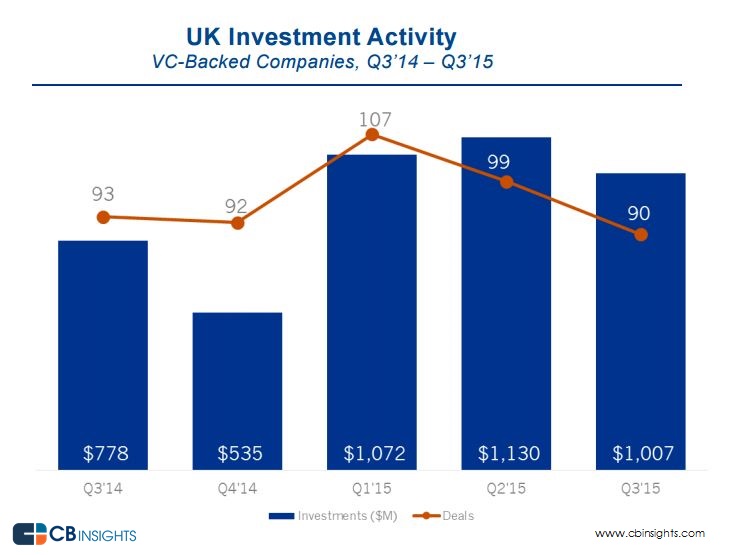 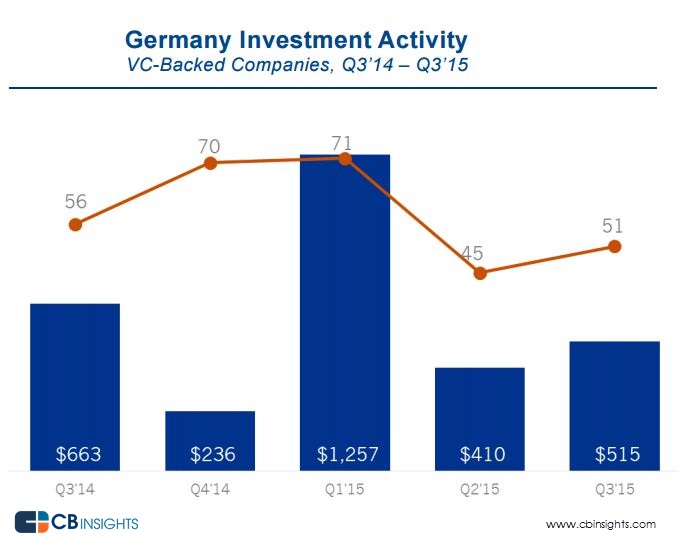 Want more European financing data? Login to CB Insights or sign up for free below.