Investment in esports startups continues to break records, and at the current run rate is on track to reach new highs in 2017. Both deals and funding to eSports startups have generally trended upward since 2013, though deals did see a small 1.2% dip (from 84 to 83 deals) in 2016.

We define esports broadly to include software and hardware companies developing technologies related to competitive gaming facilitated by electronic systems, particularly video games played on computers or consoles by professional gamers. These technologies range from the development of competitive games to those providing coverage of esports tournaments, among others. 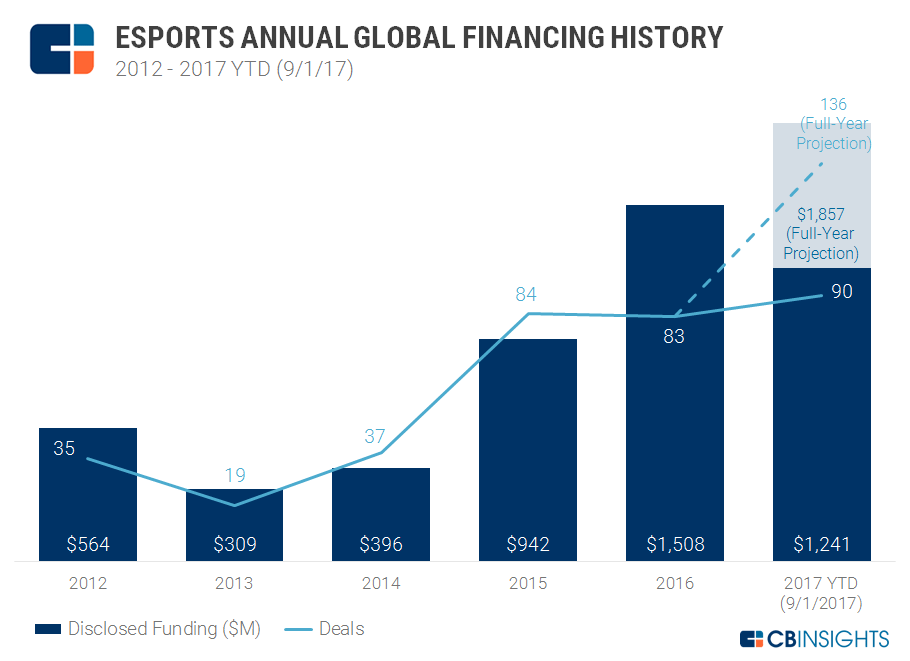 Sea’s most recent disclosed round was $550M Series E in Q2’17, which saw participation from Farallon Capital Management and Hillhouse Capital Management, among others. The investment brings the company’s total disclosed funding to $722M raised since Q2’08.

Esports startups are transforming the way games are created, data is collected, and content is shared. Look for esports in the Collections tab.

The top deals in those quarters went to DouyuTV, a live broadcast platform for video games, and DraftKings, a Daily Fantasy Sports (DFS) gaming platform, respectively. DouyuTV raised a $226M Series C from Qingdao Phoenix Capital and Tencent Holdings, while DraftKings raised a $100M in a second tranche of Series E funding from Eldridge Industries.

Q3’16 holds the quarterly record for funding, with $934M invested — meaning the quarter singlehandedly accounted for 62% of the full year’s funding. 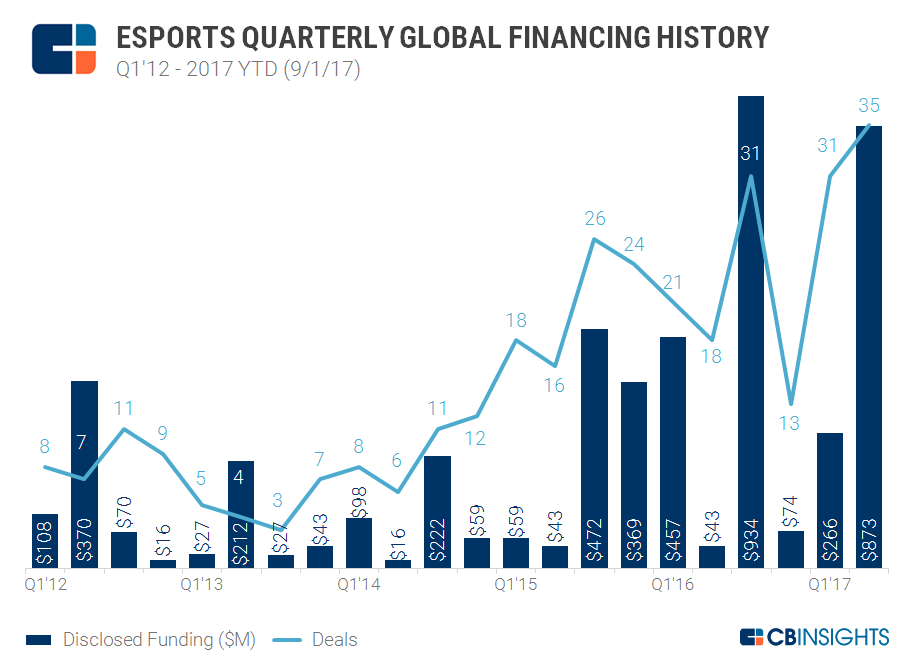 The high dollar total was driven by a number of sizable transactions, including DouyuTV’s $226M Series C and the International e-Sports Federation‘s $150M Corporate Minority round from Alibaba Group.

Though the year’s last quarter saw the lowest amount of deal activity since 2014, deals have rebounded drastically over the last two quarters, growing 170% from Q4’16 – Q2’17.

The top early-stage deal in 2017 YTD was a $75M Series A investment to Chinese game broadcasting platform Huya. Investors included Banyan Capital and Morningside Ventures, among others. 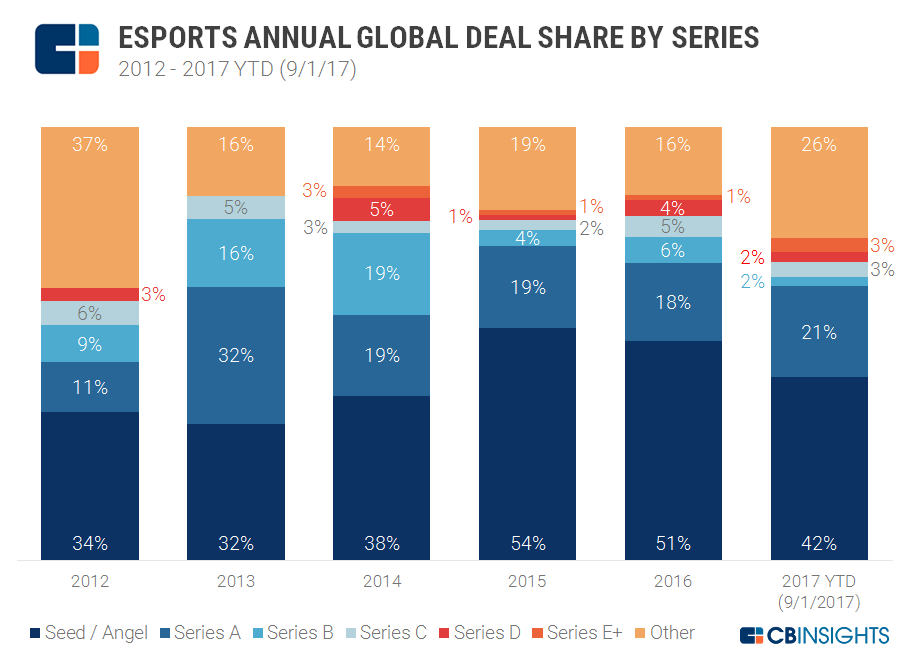 Deals falling into our “Other” category (which includes corporate minority, convertible notes, private equity, and growth equity rounds) have increased from 16% to 26% between 2016 and 2017 YTD.