As the amount of data and information explodes within the enterprise, startups providing new and efficient technologies to store that data are proliferating. 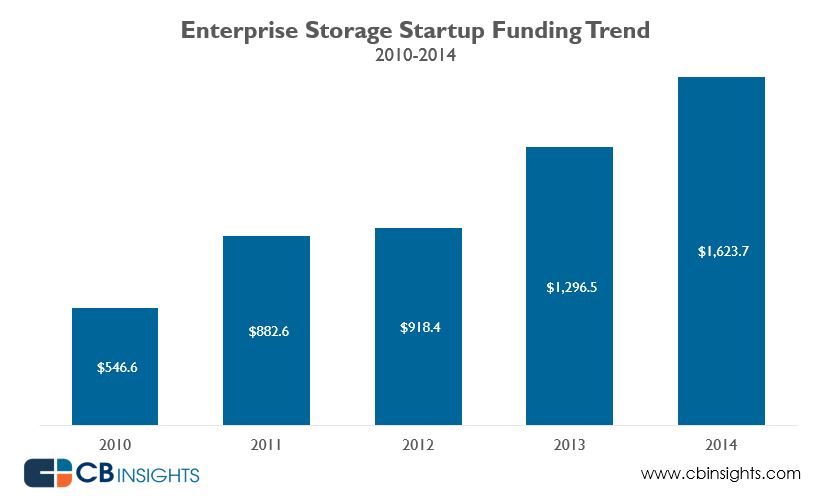 Today the enterprise storage space counts a number of very well-funded private companies such as Pure Storage, backed by $470M in funding and valued at $3B (get the Tech IPO Pipeline Report). And as the storage market continues to evolve, funding deal activity has decidedly moved away from the early-stage (unlike more nascent areas like drones and on-demand mobile services where the vast majority of deals are at the early stages).

As the visualization below taken directly from Industry Analytics highlights, over 47% of deals went to Series B & Series C deals in the last two year while another 38% went to Series D+ deals.

Geographically, the parade of funding to enterprise storage startups has been highly centered in Silicon Valley. In fact, Silicon Valley has taken nearly half of all deals over the last two years, while Massachusetts garnered nearly 20% of all deals. The bulk of Valley deals over the period were in the $10M-$25M range including Cloudian, PernixData and Nexenta. 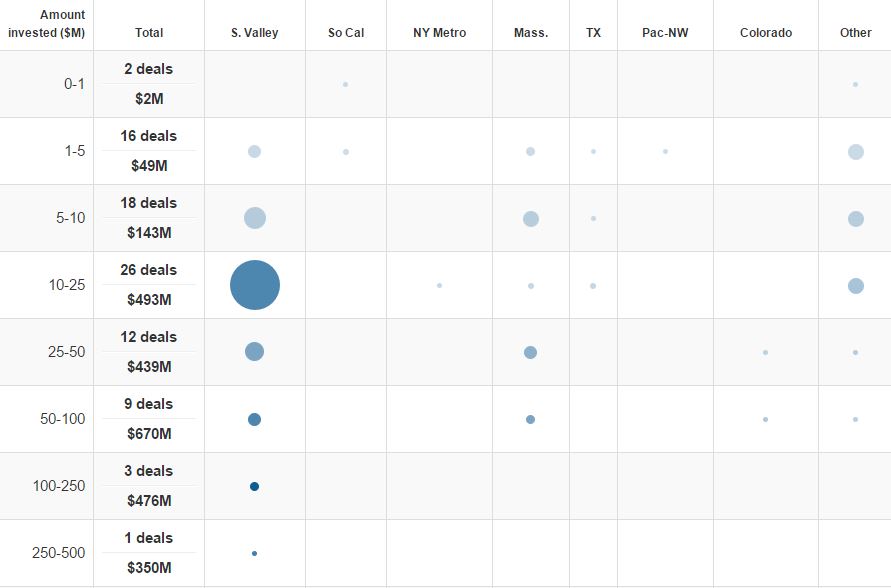 Looking for more funding, exit and competitor data on enterprise storage startups. Sign up for the CB Insights Venture Capital Database free below.