Research Brief
2167
Between them, VMware and EMC were responsible for 7 acquisitions $100M or larger since 2010, including the billion-dollar acquisitions of AirWatch, Nicira Networks, and Virtustream.

Dell’s $67B acquisition of EMC this week marked the largest-ever M&A deal in the tech industry. But EMC, its subsidiary VMWare, and Dell have also been busy acquiring and investing in tech companies across the ecosystem.

Here’s a brief overview of their investment and M&A trends, which are unlikely to remain the same as they combine into one entity.

Since 2010, Dell, VMWare, and EMC acquired just under 70 companies in aggregate. 2012 marked an M&A deal high for Dell, when it acquired Wyse, Sonicwall, and Quest Software among others. The same year was a high-water mark for EMC, which counted XtremIO, Syncplicity, and Silver Tail Systems among its 2012 acquisitions. VMWare M&A activity by frequency has been on the decline since 2010, as the chart below highlights. 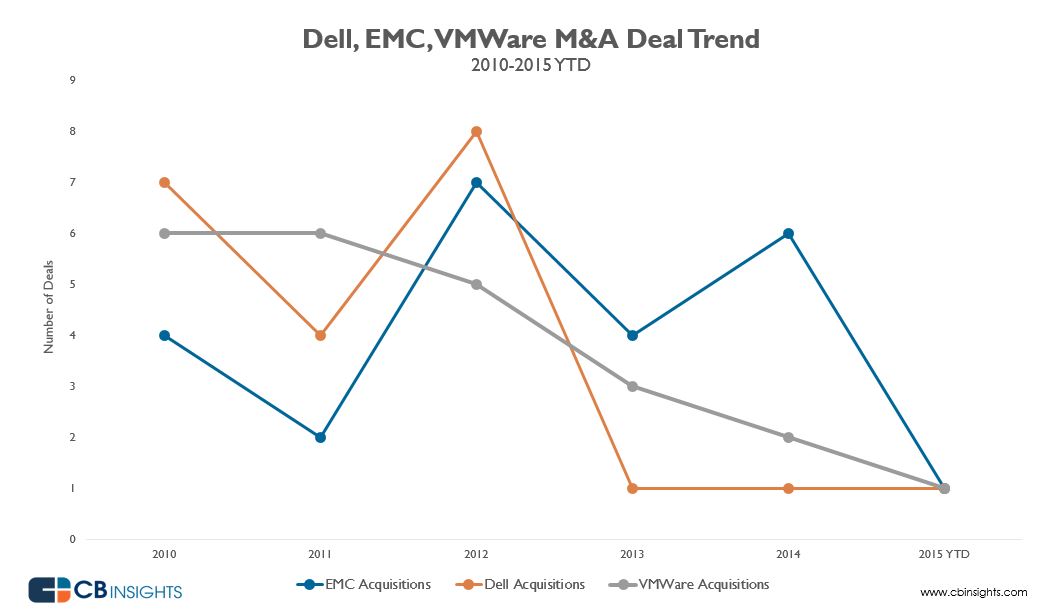 Peeling back investments, EMC has increased its deal pace since 2010. EMC’s most recent investment was in internet security firm Zscaler‘s $100M round at a $1 billion valuation. 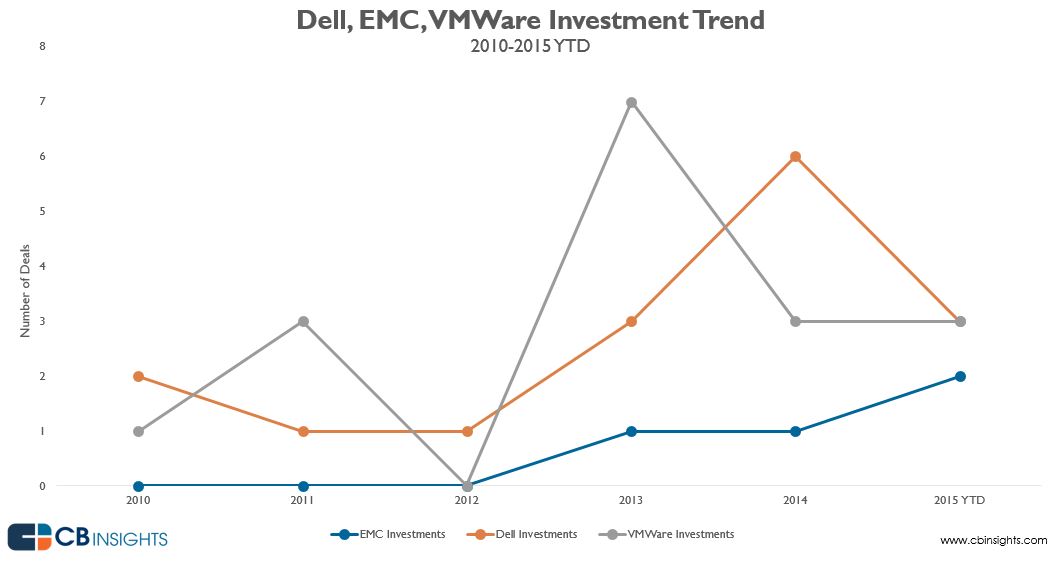 How will Dell’s acquisition of EMC affect the M&A ecosystem for venture-backed companies? It’s still not fully clear whether Dell’s acquisition will result in fewer acquisitions by its newly acquired entities (or by Dell itself after such a large deal for EMC). But VMware and EMC were on their own responsible for seven acquisitions ≥$100M since 2010, including the billion-dollar acquisitions of AirWatch, Nicira Networks, and Virtustream.

Looking for more corporate investment and acquisition data? Sign up for the CB Insights Venture Capital Database free below.