Electronic medical/health records, devised as a method of organizing patient data more effectively than paper records, have become vital components of the healthcare system, ubiquitous in nearly every hospital or clinic. However, while the digital health renaissance rolls on, funding to health IT startups aiming to build new EMR systems that improve upon legacy systems remains sluggish.

The difficulties of changing physician behavior compounded with the inertia around updating or revamping large-cycle hospital systems makes disruption a slow and bureaucratic process. Consequently, outside of hitting a high in 2013 due to a large round to Accelera Innovations, funding has hovered at just over $100M per year since 2012. Despite a rally from Q3’16-Q4’16, full-year deal activity remained static compared to 2015.

The largest deals since 2012 include a $200M private equity round to Accelera Innovations in October 2013 from Lambert Private Equity, Practice Fusion‘s $70M Series D in September 2013 from investors including OrbiMed Advisors and Kleiner Perkins Caufield & Byers, and a $55M equity round to Kareo in July 2015 from investors including OpenView Venture Partners and Silver Lake. 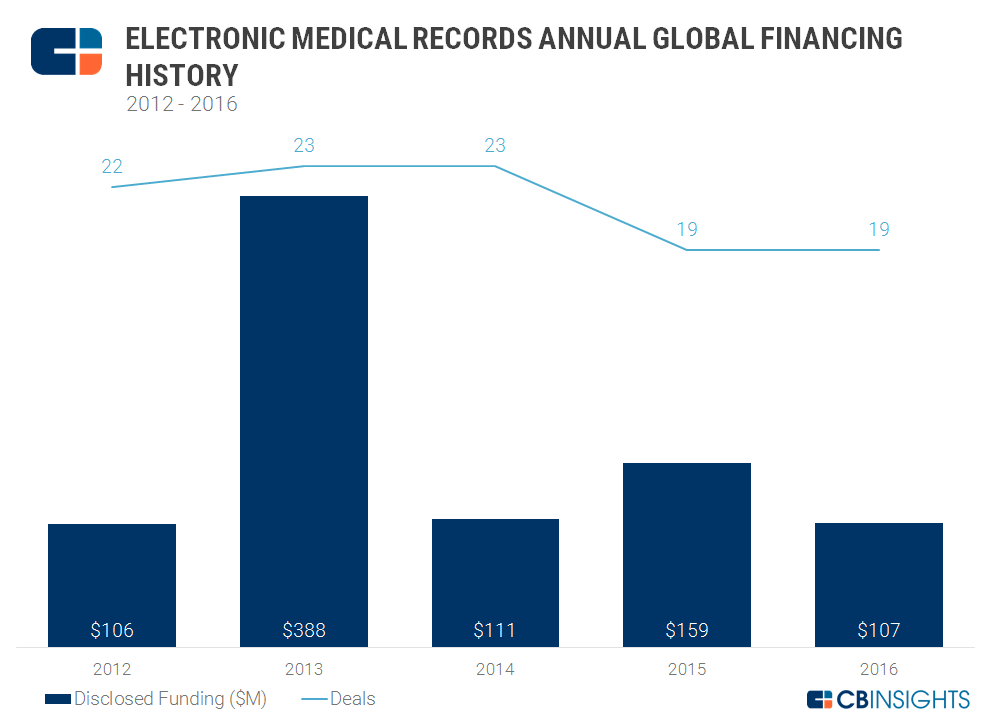 Recent deals include a $10.5M Series B round to Azalea Health in July 2016 from Kayne Anderson Capital Advisors and InterSouth Partners and a $31.5M Series C to CareCloud in November 2016 from investors including Norwest Venture Partners and Intel Capital. Both companies are providers of electronic health record (EHR) software in addition to practice management solutions. 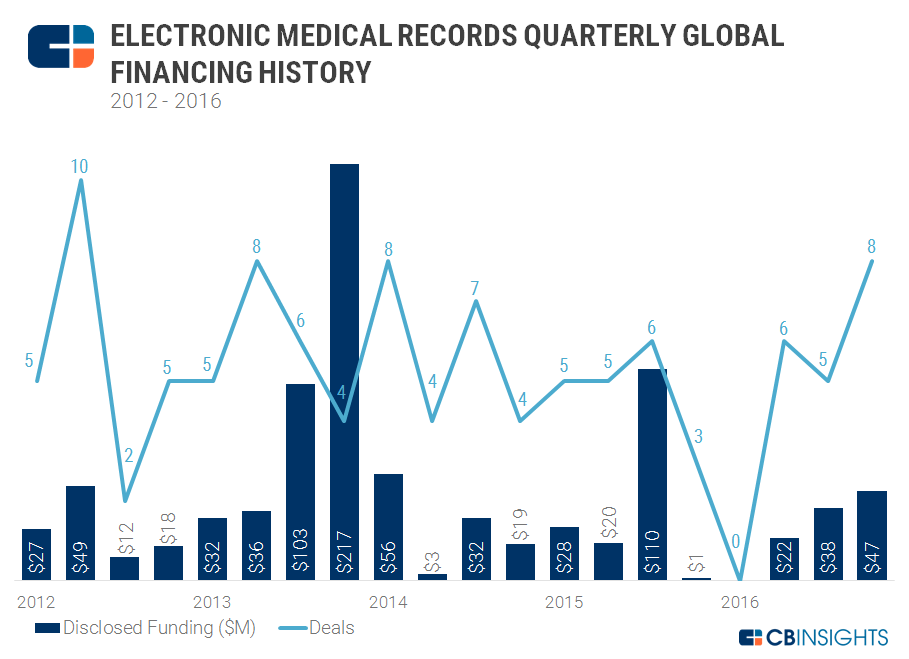 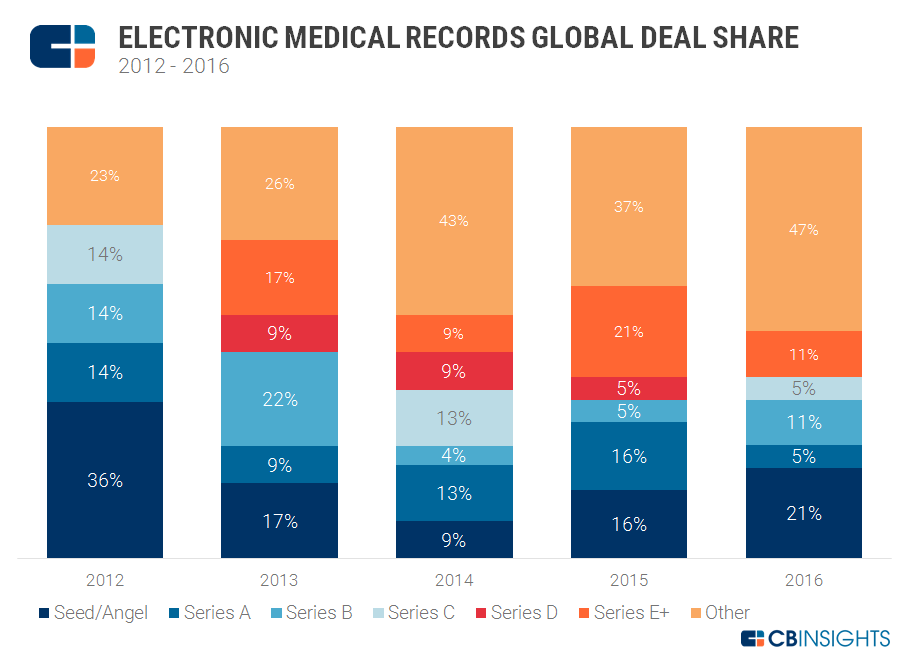 Want more data on medical record startups? Log in to CB Insights or sign up for free below.