Deal activity to education technology startups around the world has slowed significantly from peak levels seen in 2015. But digging deeper into investment trends globally reveals a complex landscape, as ed tech deals continue to accelerate in India and the US, while lagging this year in China and the UK.

We used CB Insights data to break out ed tech deal and dollar share distribution by country, and by US state. Our analysis reveals the increasingly global scope of ed tech investment, driven mainly by activity in India and China, which helped international markets outside the US reach a five-year high of 40% of total ed tech deal share in 2015.

Looking outside the US, India ranked second for deals with 6% or roughly 130 deals, and China ranked third with 5% or just over 100 deals. Distribution of global ed tech deals then dissolves into a long-tail of other markets, with the fourth-ranked UK attracting just 63 deals, and no other country taking more than 40. 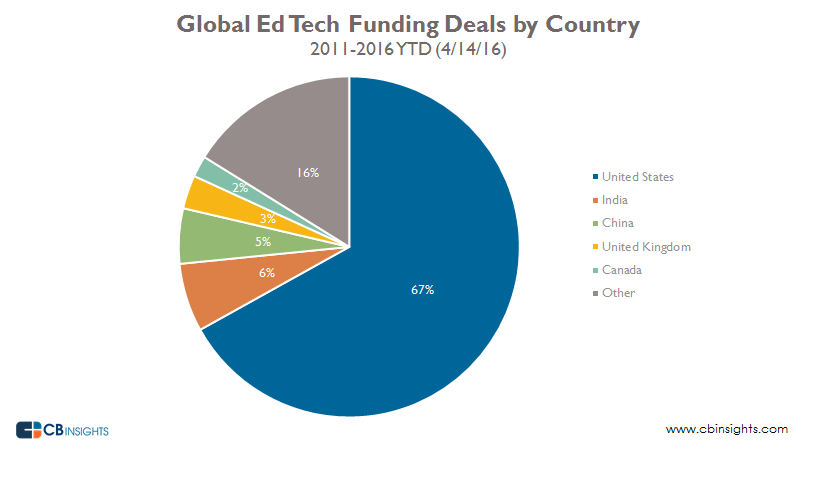 China’s large dollar share is reflected in the large average deal size of $24M seen by ed tech companies there, compared to only $4.8M in the US, and $3.4M in India. 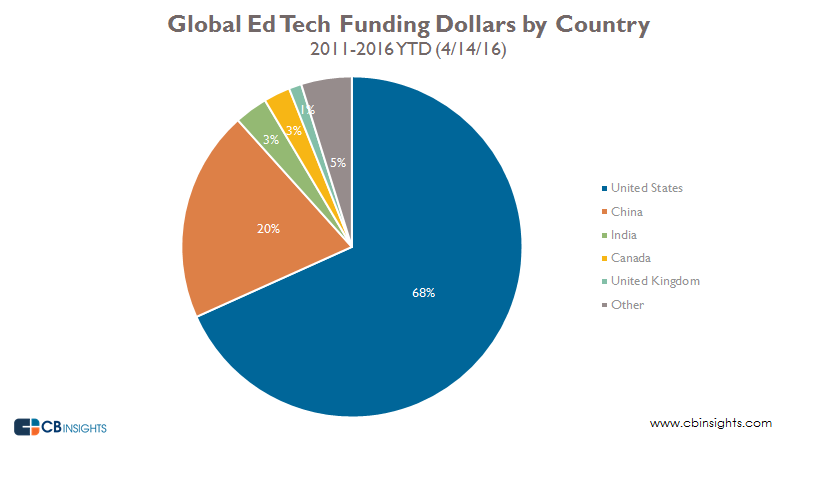 Ed tech deal share: US vs. rest of world 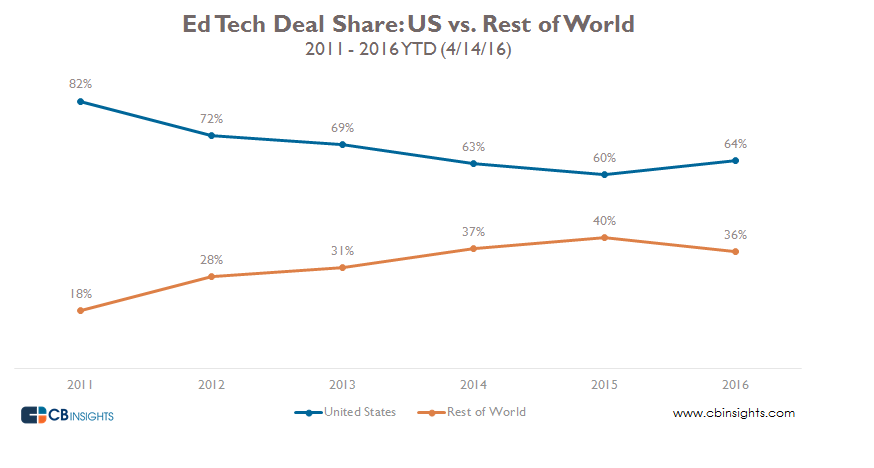 Within the US, ed tech enjoys wider geographic diversity than do many other startup sectors.

California has dominated US ed tech activity since 2011, but this year the state is well off its 2015 pace that had it break the 100-deal mark. This year, California may not reach 90 deals, at the current run-rate.

The most well-funded companies in these top five states are as follows: 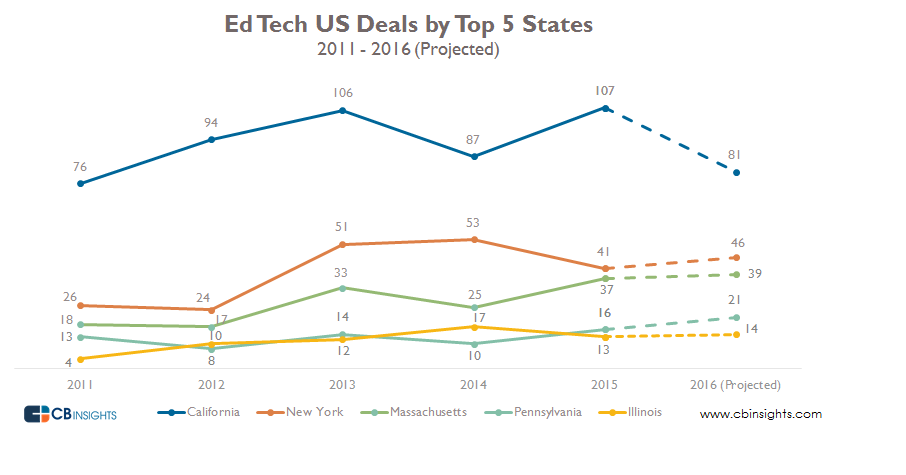 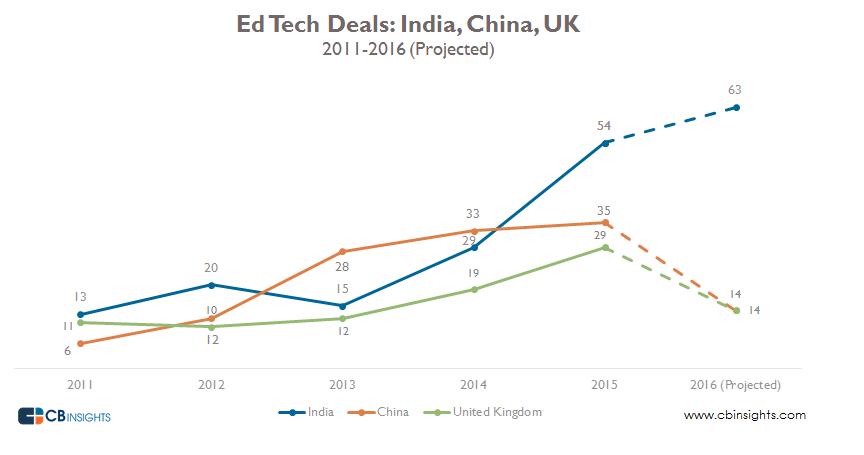 Want more ed tech data? Sign up for our venture capital database below.