Deals to education technology startups (ed tech) bounced back in Q1’17 after a significant decline last year. In 2016, the sector’s four-year growth streak dropped off for both deal count and dollars invested. However, ed tech companies raised over 130 funding deals through the first quarter of this year, the highest quarterly deal count for the category in over a year.

Despite the fall-off in ed tech investment activity in 2016, two ed tech unicorns were minted last year. The company Age of Learning, which offers an online learning resource for children, was valued at $1B when it raised $150M in growth equity from ICONIQ Capital in May. Pluralsight, a provider of online learning for professional software developers, was also valued at $1B last year in December, after raising a $30M Series C from investors ICONIQ Capital and Insight Venture Partners.

Ed tech startups saw an annual increase in investment activity from 2012 through 2015. In fact, the number of deals to these companies increased 72% over the time period and the number dollars invested in ed tech startups skyrocketed by over 250%.

However, dollars and deals dropped off in 2016. Deals last year were down approximately 18% and dollars were down nearly 32% compared to 2015. 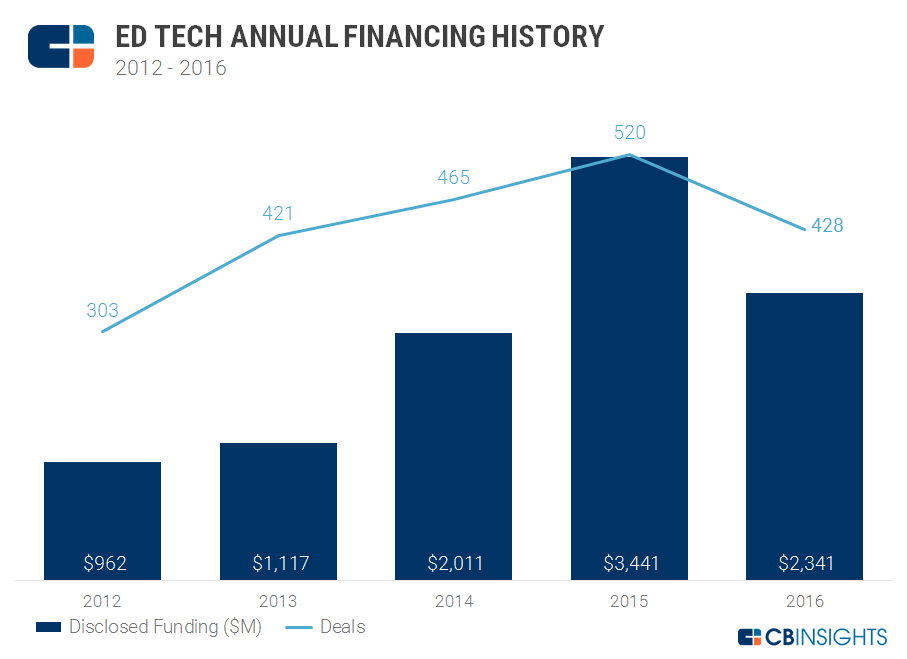 Ed tech startups attracted 131 funding deals in Q1’17 worth approximately $545M in total, representing an uptick in deals compared to the previous five quarters. Funding in Q1’17 was still way down from the industry’s peak in Q4’15, and below the last three quarters of 2016.

The top deal of Q1’17 was a $100M Series C round to Chinese company Xuebajun in January. No other ed tech company last quarter raised a round at or above $100M. Rounding out the top three deals for Q1’17 are Research Gate, a professional social network for scientists and researchers, which raised $52.6M in a Series D round, and Ednovation, a pre-school education technology company, which raised $35.15M in private equity funding. 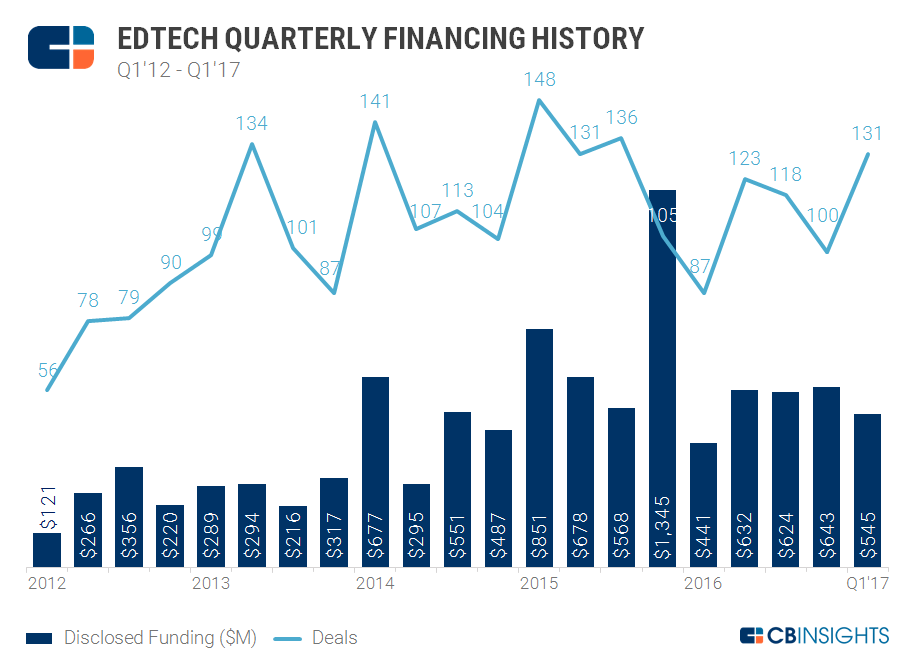 Over the last five years an outsize portion of the funding deals in ed tech have been in the early stages. In fact, seed / angel rounds have comprised over 50% of all deals to ed tech startups annually since 2012. Overall, deal share distribution has held relatively steady, with the “Other” category seeing the biggest change. Other deals, which include convertible notes and corporate minority investments, rose from a 13% share in 2012 to a 22% share in 2016. 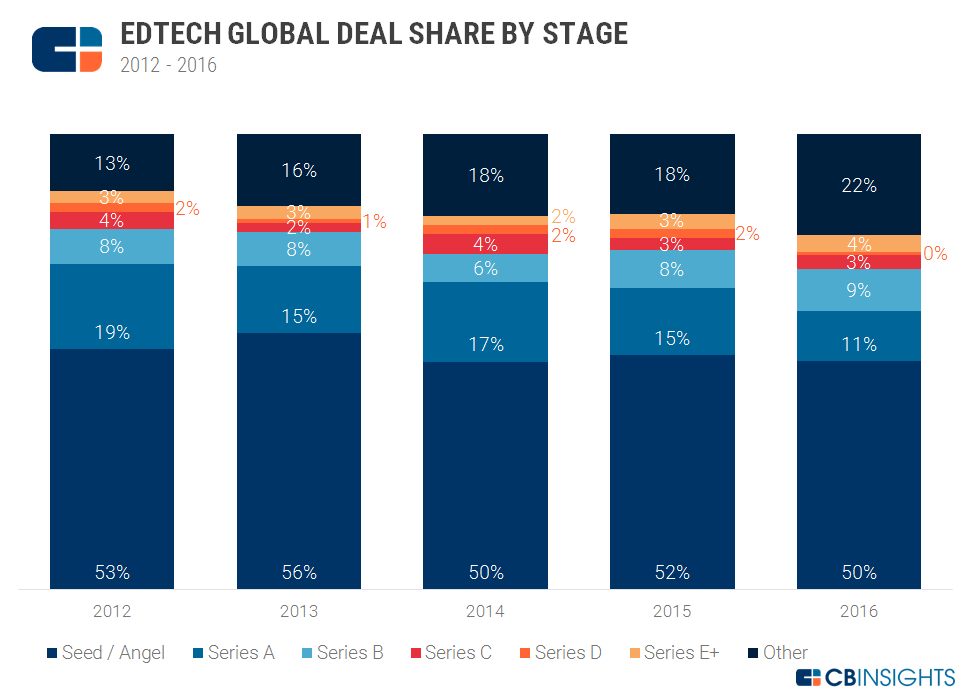 Want more data on ed tech startups? Log in to CB Insights or sign up for free below.