Funding to education-technology companies is booming. Overall, the period from 2010 to 2014 saw more than a 503% growth in investment dollars.

Meanwhile, deal count has carried along steadily. There were 193 deals in 2014, up from 176 in 2013. However, at the current run rate 2015 will see a deal count of 158, well below that of previous years which indicates that deals are becoming fewer yet larger. Note: This data only includes funding to VC-backed companies in the Ed Tech space. 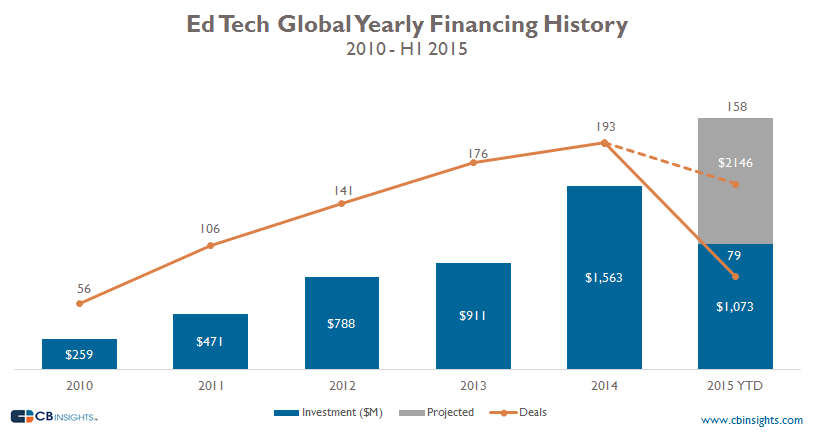 The quarterly breakdown below reveals the recent surge in ed tech funding and deals. Q1’15 set a new high for ed tech financing, with a total of $641M in funding (equal to about 41% of the dollars going to ed tech in all of 2014).

The largest round in Q2’15 was a $100M investment in China-based education app developer Changingedu by Sequoia Capital China, among other investors. The biggest Q1’15 deal was $186M in growth equity to education and training site Lynda.com, in a round that included Accel Partners, Meritech Capital Partners, Spectrum Equity Investors, and TPG Growth. Lynda.com was later acquired by LinkedIn in Q2’15 for $1.5B. 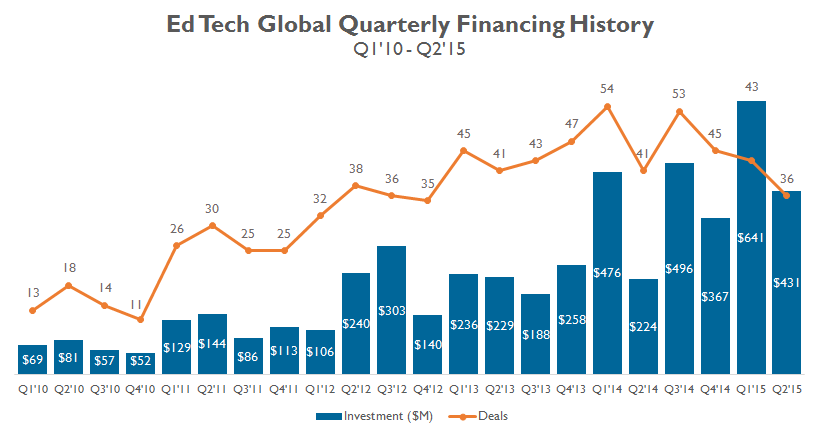 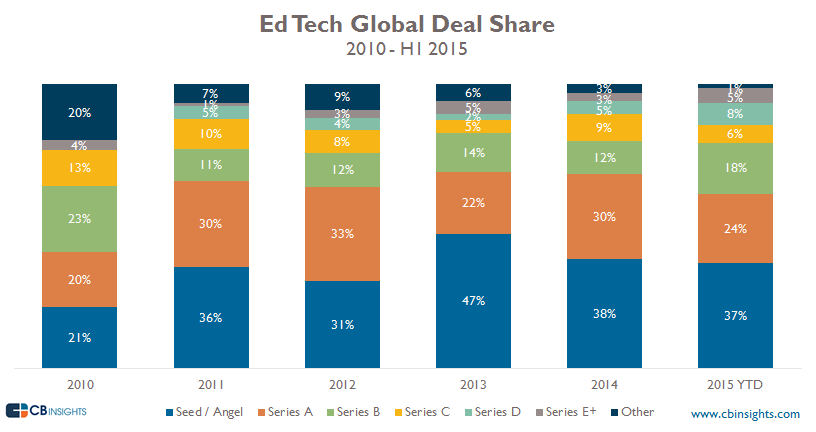 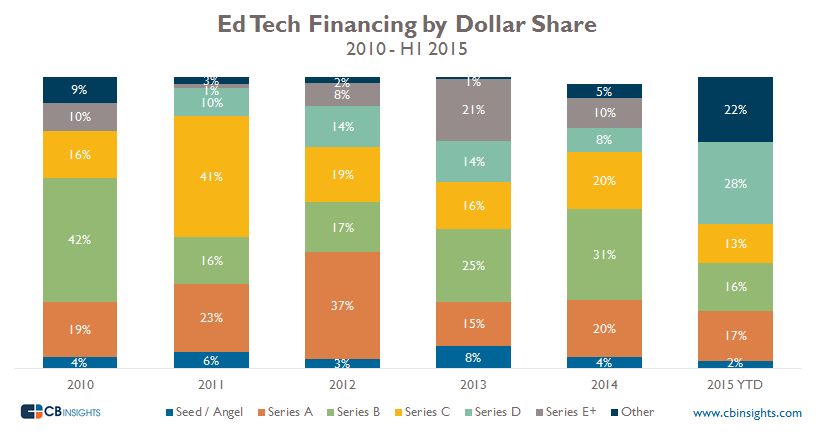 Pluralsight, an online course company, is the most well-funded with a total of $203.5M invested by backers including Felicis Ventures and Insight Venture Partners. Learning platform Desire2Learn is second with $165M invested by Silicon Valley Bank, among others.

Looking for the most comprehensive set of private company Ed Tech financing and exit data? Check out the CB Insights Venture Capital Database. Sign up free below.