After years of lackluster activity, corporate investors are rushing into the education technology space. Funding to ed tech that included corporates grew 238% in 2014, even as deal flow slipped to 34 deals, after reaching 39 in 2013. In the last four quarters, including Q2’15, ed tech startups attracted $569M in funding deals that included corporates, a jump of 138% compared to the previous four quarters. Deal flow is up 278%. There were 34 deals in 2014, compared to just 9 in 2010. 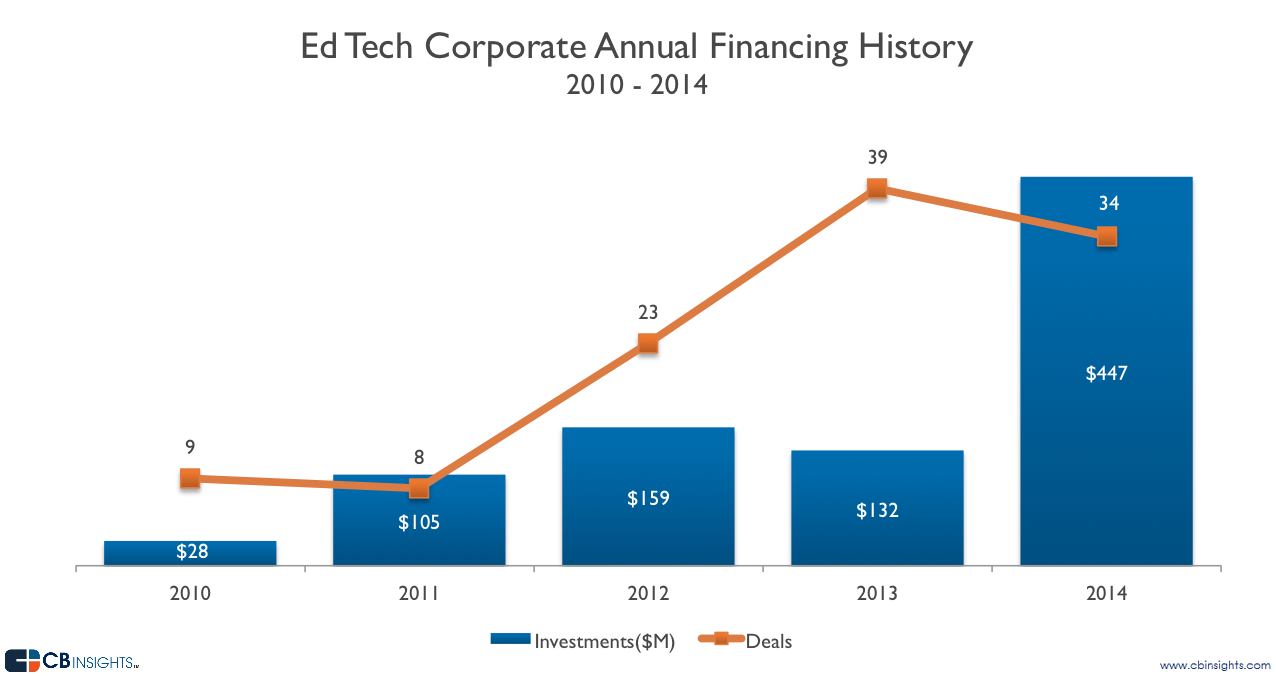 The quarterly breakdown puts the new corporate interest in sharper focus. Up until Q2’12 the number of deals per quarter ranged from 2 to 4, with funding from those deals failing to reach $50M in a quarter. But activity spiked in Q3’12, and from that point forward deal flow has ranged between 6 and 14 deals per quarter.

2015 has been exceptionally strong, particularly Q2’15, which saw $238M invested over 10 deals involving corporates. $100M of that total amount was a single Series C investment in Chinese education app development company Changingedu by TAL Education and others. There was also $45M invested in Q2’15 in Pennsylvania-based Duolingo by backers including Google Capital. 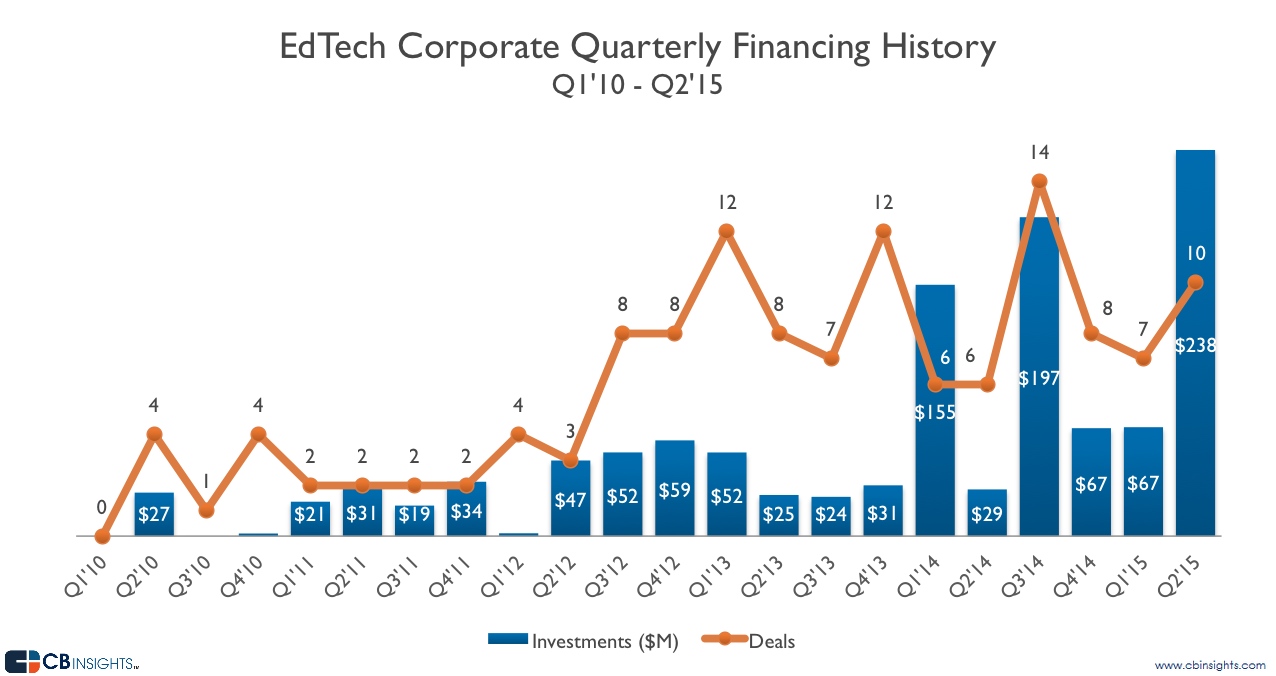 Deals and dollars by investment stage 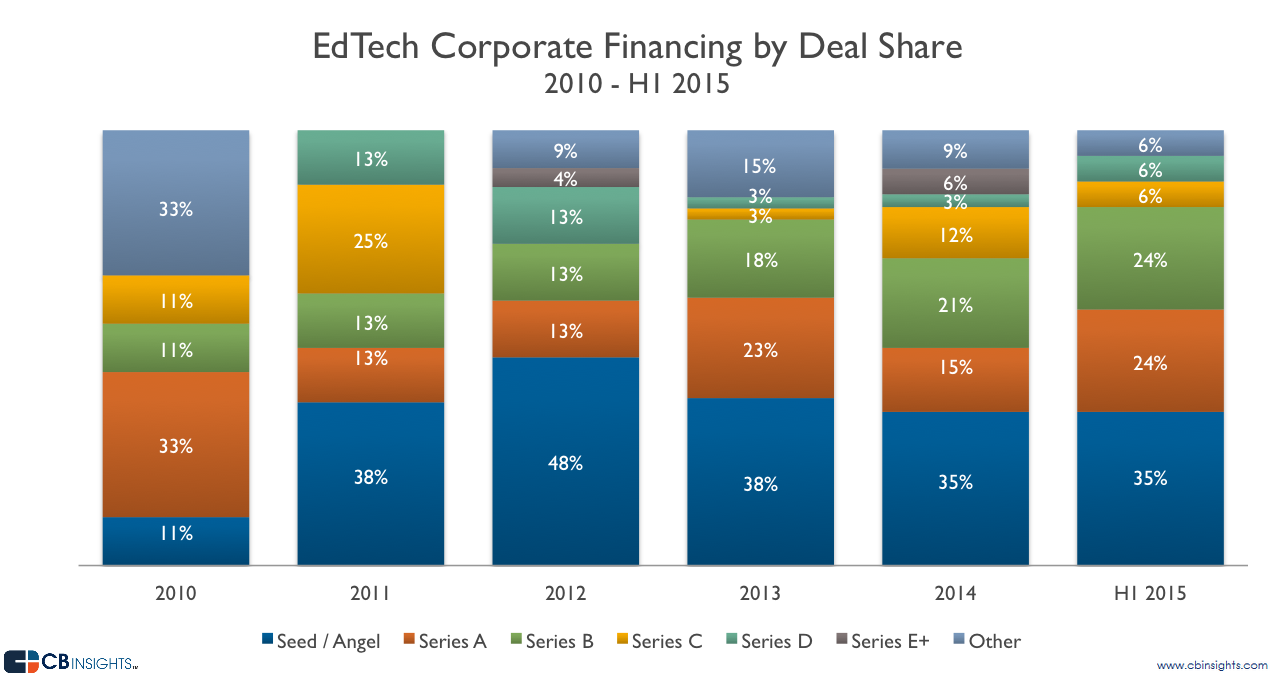 As for corporate investment by geography, the United States is the superpower. The US market saw a total of $673M invested over 73 deals that included corporate investors. China, second in deals and funding, had $325M invested over 11 deals. This includes companies such as TutorGroup, Changingedu, and NetDragon Education. Other notable players include India, Canada, Japan, and Germany, which all saw under 15 deals and less than $100M invested.