Research Brief
1985
The first six months of 2015 have seen a healthy amount of exit activity in education technology, with 10 exits.

There have been a total of 74 exits of education technology companies in the US since 2010. With the exception of 2012, the number of exits annually has been consistent at 12 to 16, typically with one IPO every year.

The largest non-IPO deal was LinkedIn‘s acquisition of Lynda.com for $1.5B in April 2015. 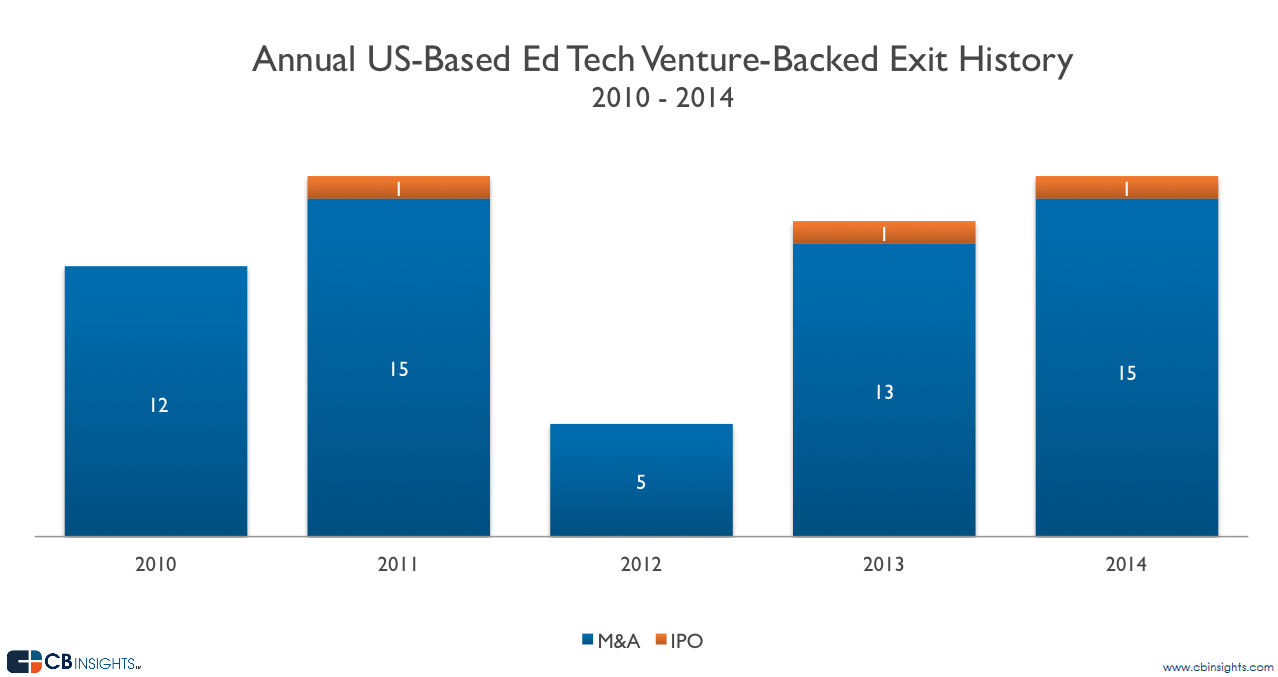 The trends in ed tech exits become clearer on a quarterly basis. Exits peaked between Q4’13 and Q2’14. There were a total 22 exits in those three quarters, including an IPO in each quarter. Momentum has tapered off since then but the first six months of 2015 have seen a healthy amount of exit activity, with 10 exits. 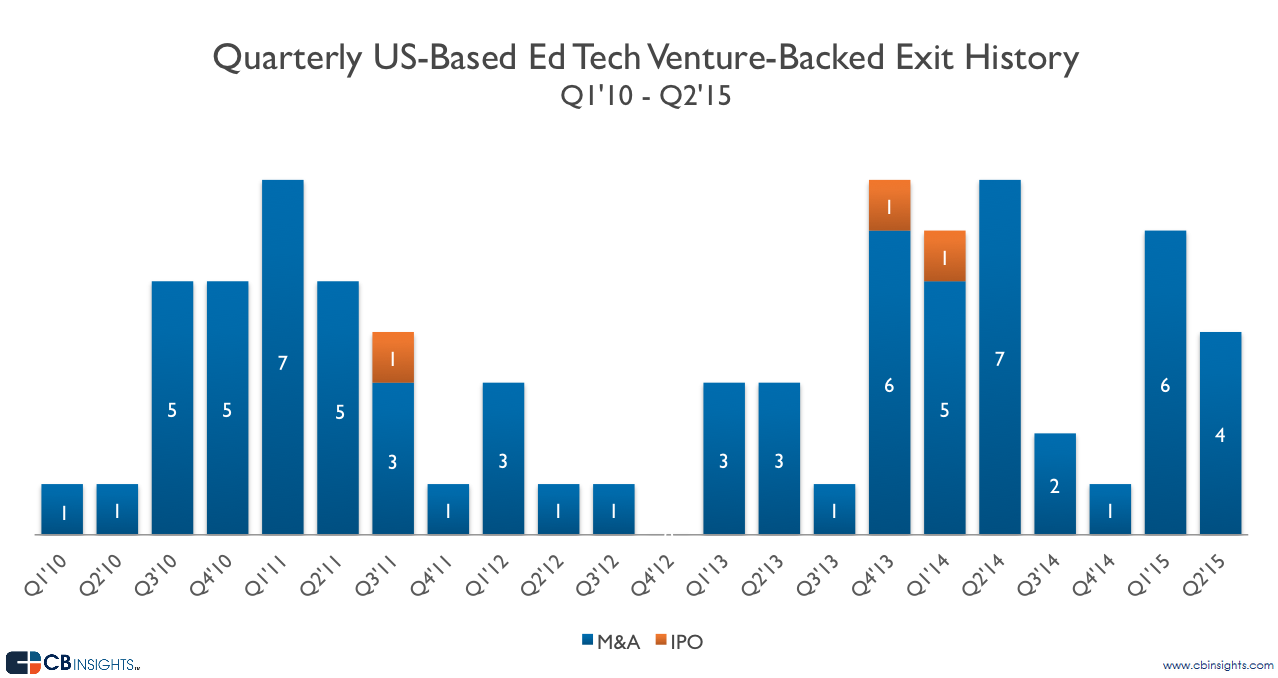 Interestingly, the top exit by valuation was an acquisition, not an IPO. That was the aforementioned Lynda.com acquisition (Lynda.com is a subscription-based online learning market). Second on the exits by valuation list was the IPO for Chegg, a student-centric learning platform, in 2013. Chegg received a total of $248.6M in funding, with backing from Insight Venture Partners and Kleiner Perkins Caufield and Byers.

We have also included a list of top acquirers in ed tech. The top acquirers have been corporations focused on the traditional education market. The deals are likely part of their efforts to fend off tech-centric competition. Blackboard tops the acquirers’ list with around 5 acquisitions including MyEdu and Moodlerooms. Pearson is second with around 3 acquisitions since 2010, including companies such as GlobalEnglish and TutorVista.