Research Brief
1403
YoY eCommerce deal activity by 20 top VCs fell 35% between 2012 and 2013. We break down where the smart money is going in Internet and mobile commerce.

From marketplaces that help you find you a cleaner for your home to online wineries to personal styling services, eCommerce startups continue to attract the attention of VCs. However, it looks like the smartest money in venture capital are starting to pull back their investment activity into the eCommerce space.

This research brief analyzes the eCommerce activity of 12 of the top venture firms as identified by our tech unicorn VC analysis and 8 other top tier firms based on our Investor Mosaic models to see where the smart money is going within Internet and mobile eCommerce. The firms analyzed are listed at the end of this research brief.

The data on their eCommerce bets is below.

eCommerce deals by top VCs fall off since 2012

Looking at deal activity within eCommerce since 2009 by these 20 VC firms reveals that deal totals have waned since hitting a multi-year high in 2012. In fact, YoY eCommerce deal activity by the 20 VCs fell 35% between 2012 and 2013. eCommerce deals this year are on pace to tick up a bit from 2013 at the current run rate but still below 2012. Select digital eCommerce companies that have raised funding from these firms so far in 2014 include GoodEggs, Birchbox, Club W and Twice. 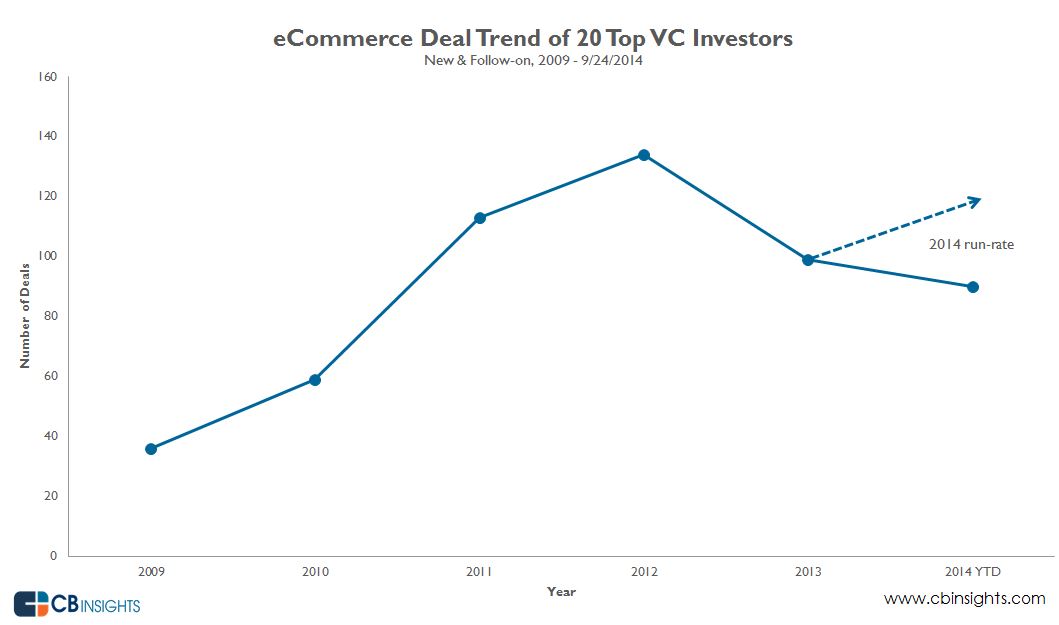 Of the select investors, First Round Capital, Accel and Index Ventures have been most active in the ecosystem by deal count over the period.  CRV and Khosla Ventures were least active. 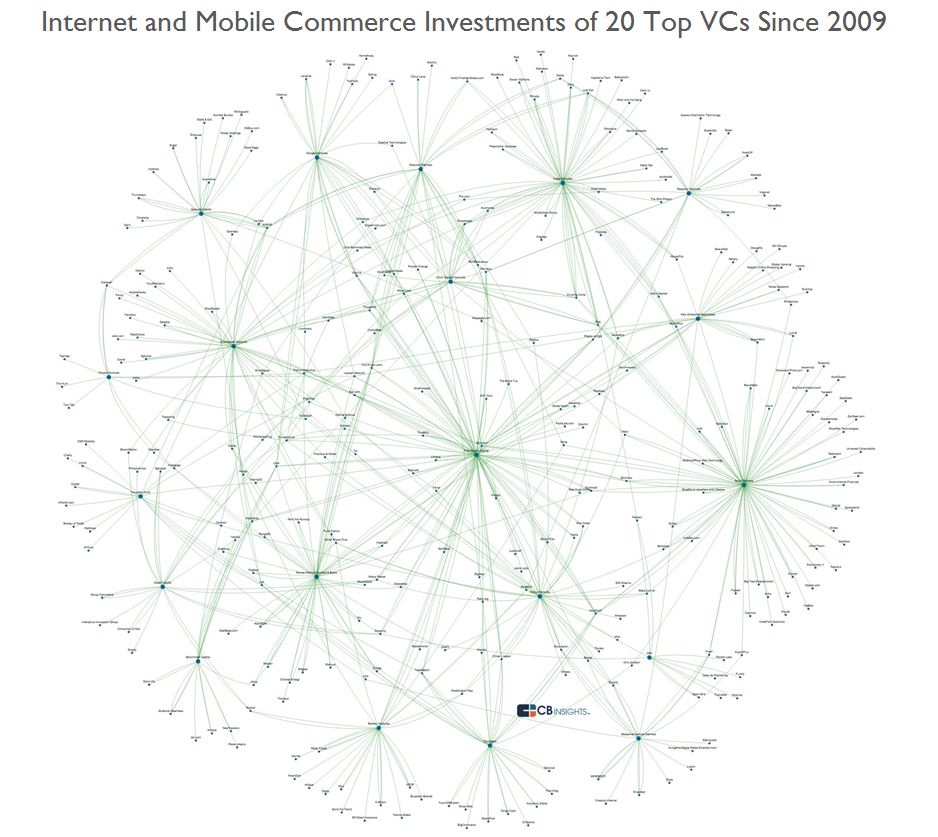 Lastly, we broke down the eCommerce investments by sub-industry classification to see where the majority of deals by the brand-name VCs were happening within the market. Apparel & accessories tops the list with over 100 new and follow-on deals since the start of 2009 including Stitch Fix, Vinted and Teespring, followed by commerce marketplaces and travel commerce. The top 10 eCommerce sub-industries by aggregate deal count for the 20 VCs are below. 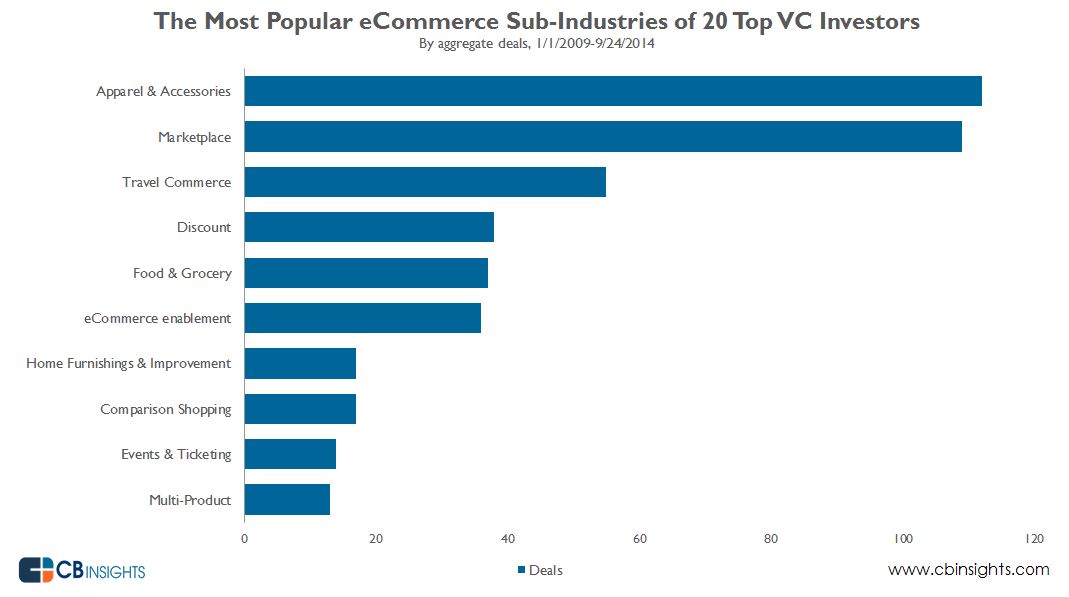 Specifically, the VC firms whose eCommerce investments are analyzed include:

A list of the eCommerce companies in this analysis is available on the ‘Research’ tab, after logging in to CB Insights. Note: This research is only available to paid subscribers with access to CB Insider.

Want to build a feed of eCommerce financing and exits and have it sent to you automatically? Check out the CB Insights Venture Capital Database. Sign up free below.