Funding continued to fall for the second-consecutive month, reaching the lowest monthly dollar amount in two years and down 27% from February. Some of the largest early-stage rounds in March included Series A rounds raised by search engine company AlphaSense ($33M) and software startup Cockroach Labs ($20M).

Early-stage deals were up 32% in March from the previous month. Total deals reached an 8-quarter high. 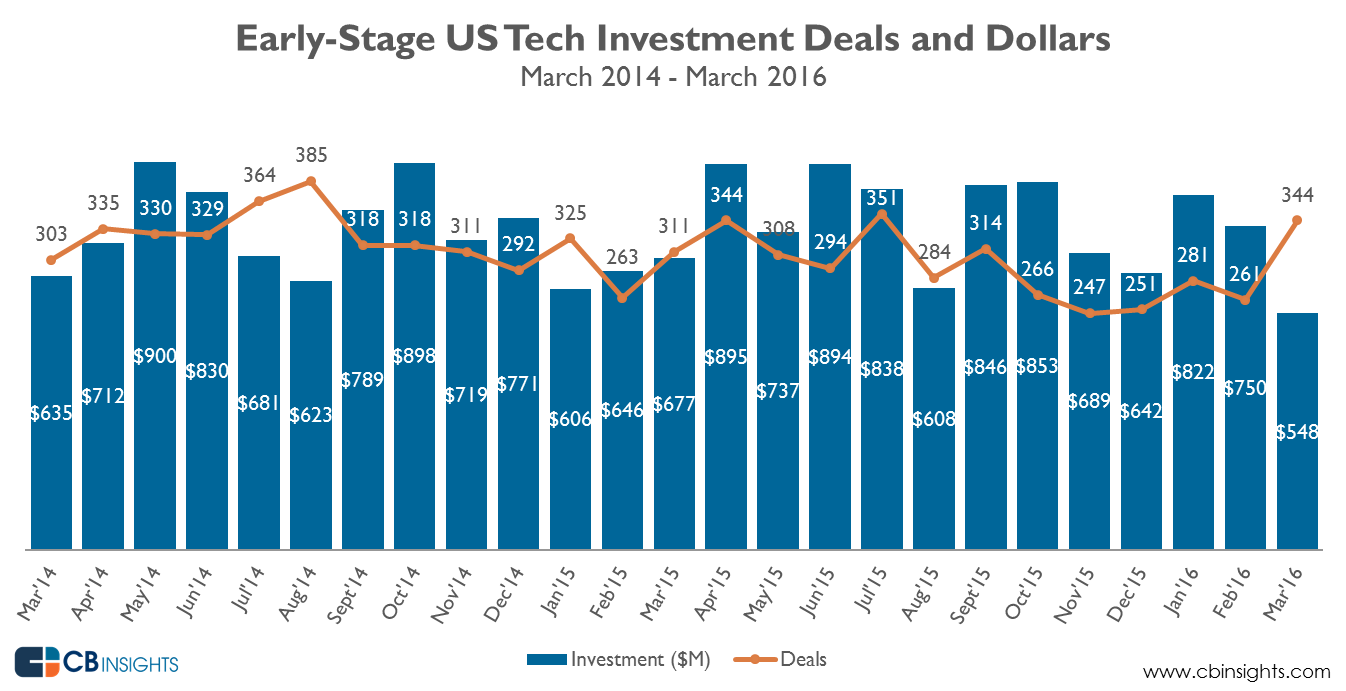 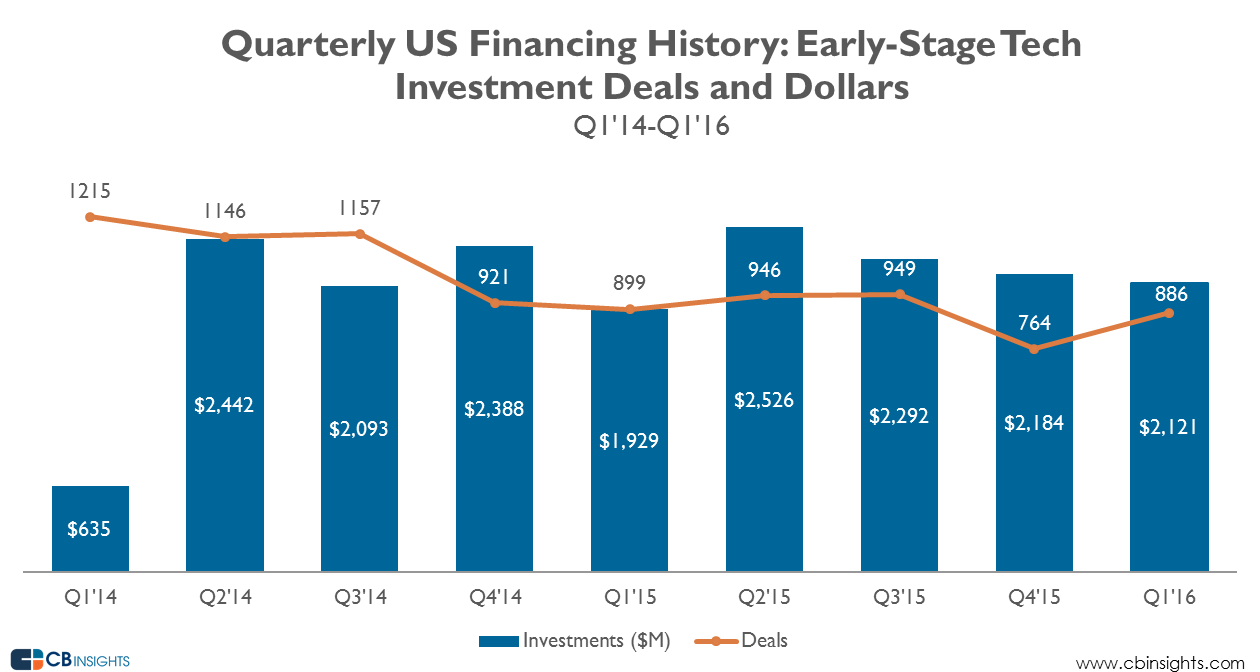 After peaking at $4.94M in January 2016, average deal size dropped for the second-consecutive month. Mean deal size in March was just $3.61M, the lowest monthly average size since August 2015, compared to $4.75M in February, consistent with the drop in total funding dollars and the increase in deals. 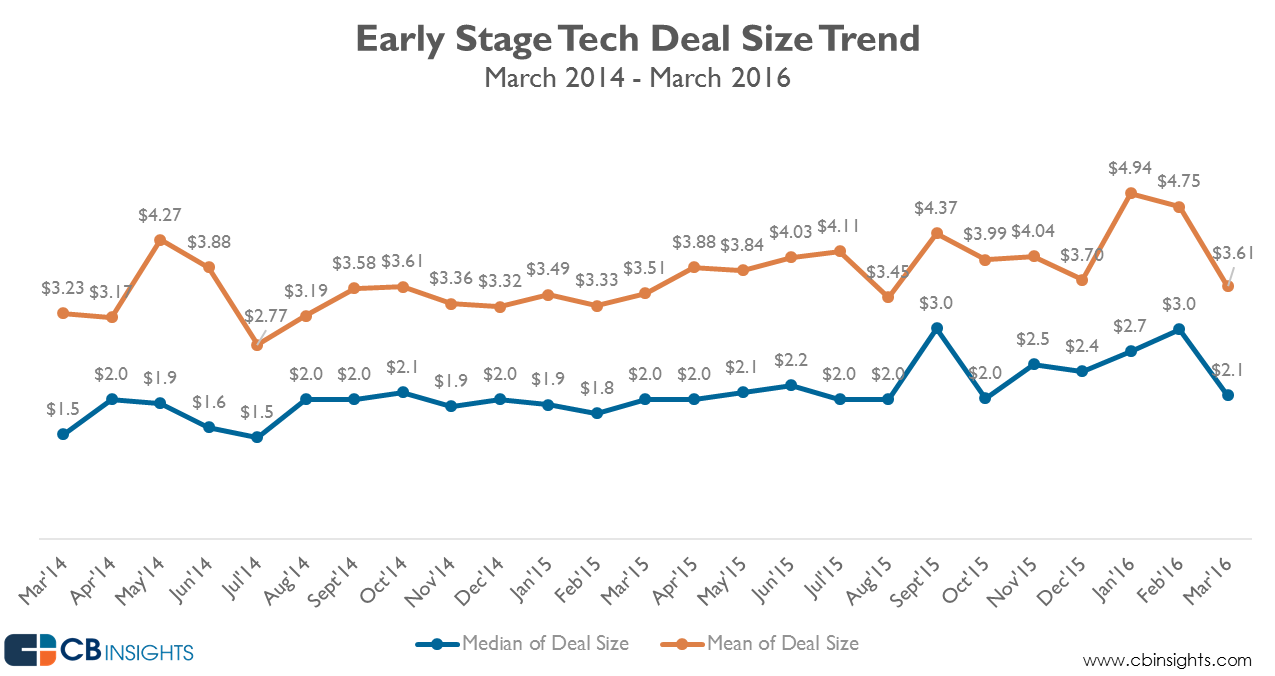 Both mean and median seed deal sizes dropped in March to within a more typical range after reaching a two-year high the previous month. There were over 20 $3M+seed rounds in February 2016 (among the disclosed rounds), compared to just over 10 in March. 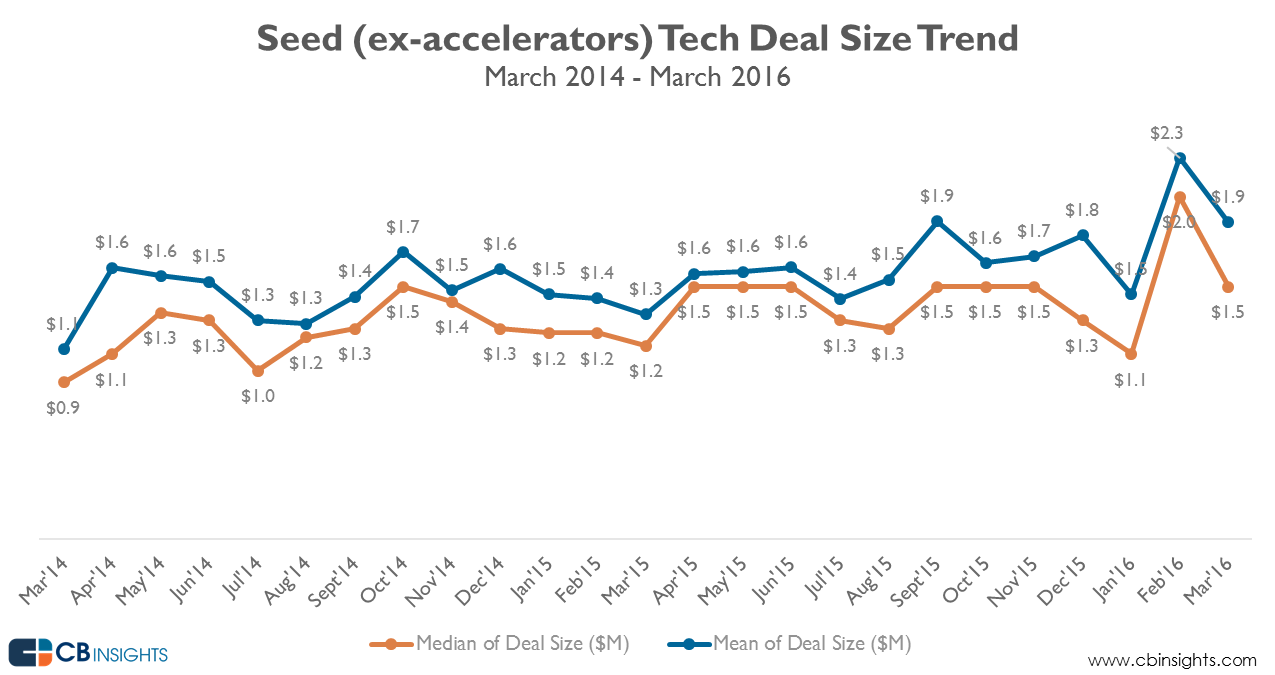 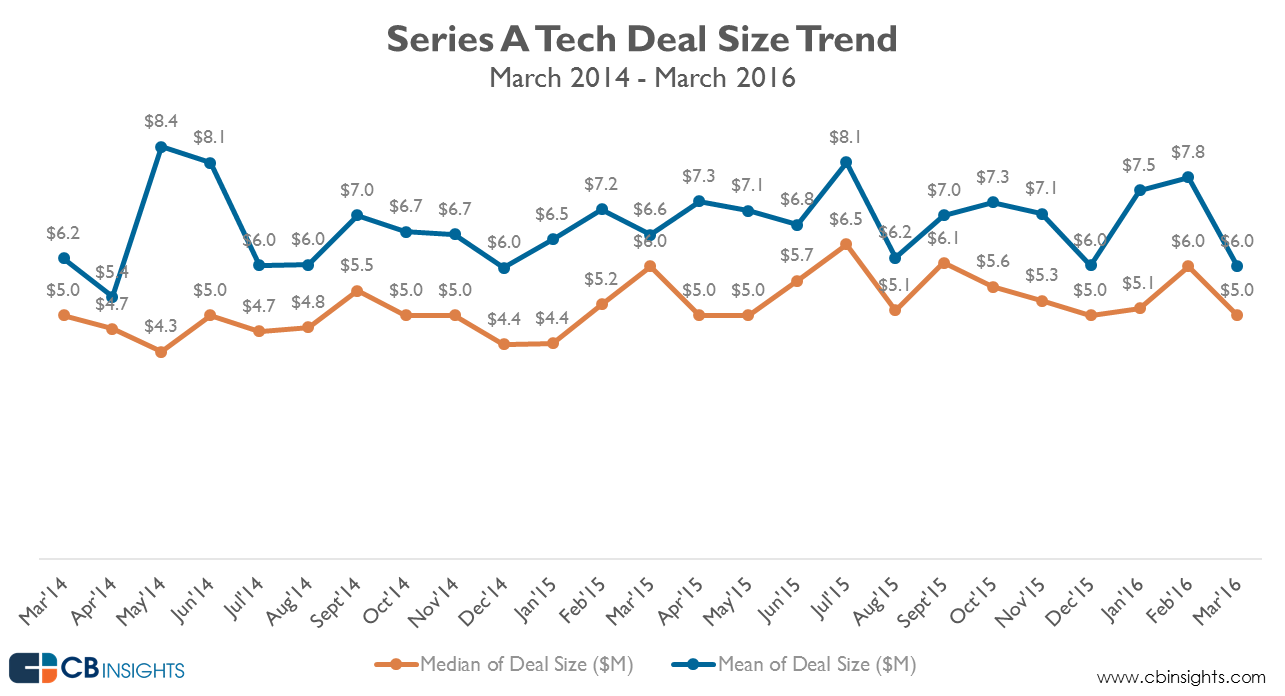 Internet deals dominated deal share across all the months. Mobile and telecom deal share, which reached a two-year low of 18% in January 2016, bounced back and remained at 23% in both February and March. 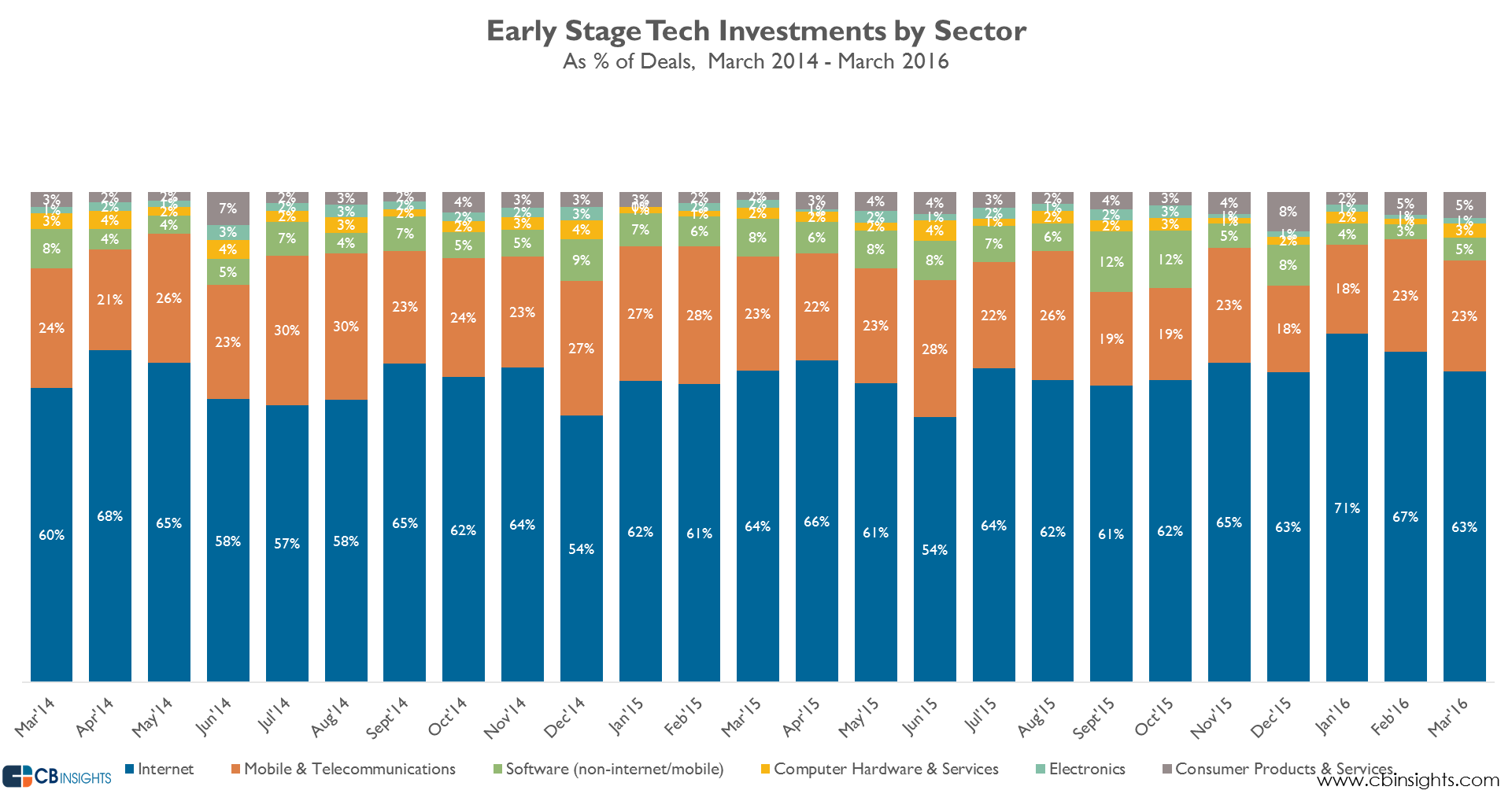 Both internet and mobile & telecommunications dollar shares dropped by 6 percentage points each. Consumer products & services saw growth in terms of dollar share as well, reaching a new high at 10% in March, pushed by a couple of large deals including a $16M Series A to wearable company LifeBEAM and a $11M Series A to eye-tracking VR headset developer, Fove. 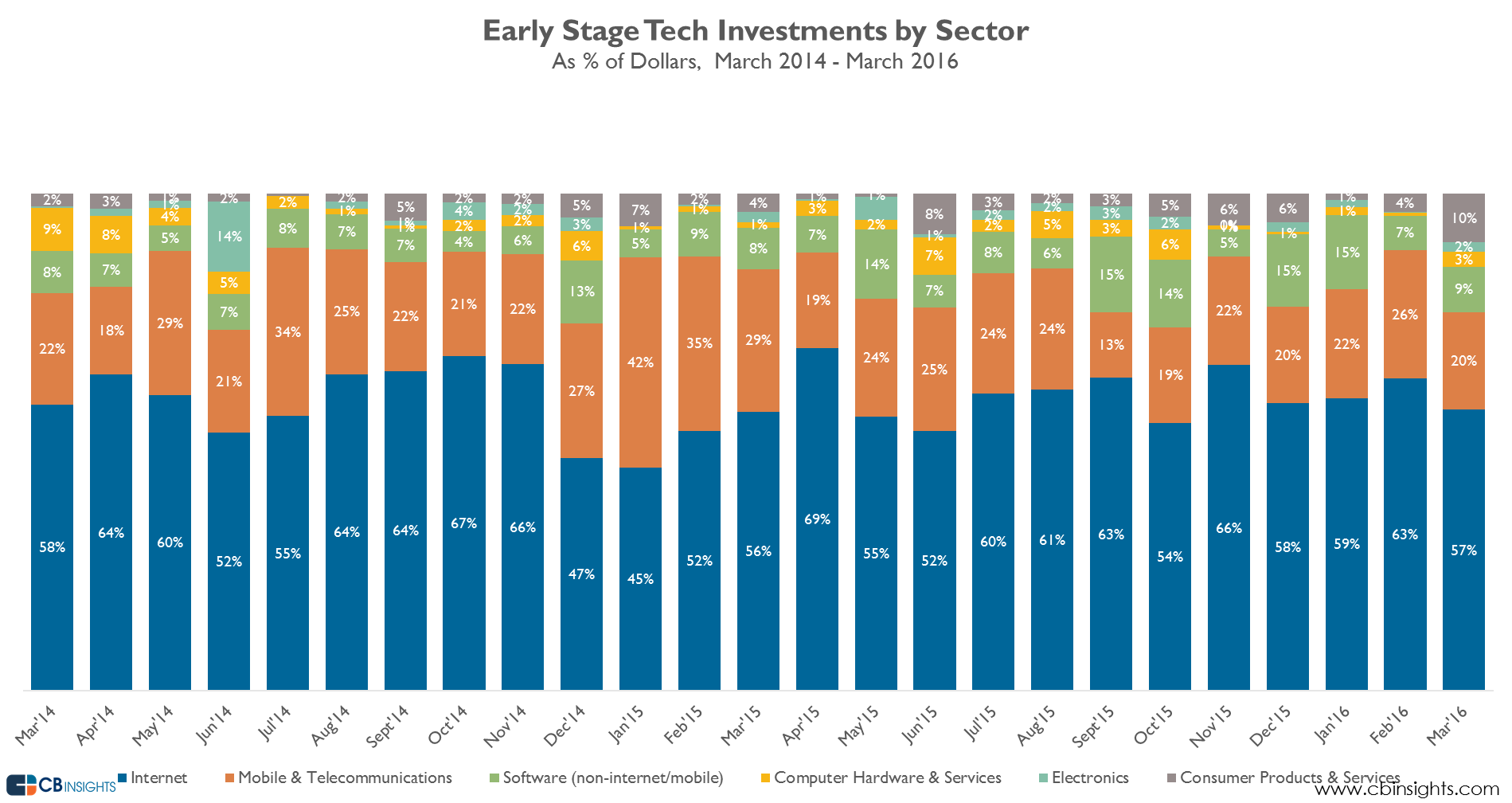 We used CB Insights Mosaic algorithm to identify 20 early-stage companies with the highest momentum scores — a measure of a company’s traction based on social and news mentions, web traffic and jobs data, among other factors.