Research Brief
3755
The internet sector continues to take the bulk of early-stage deals, while mobile & telecom has slowly declined.

Deals and funding to early-stage tech companies in the US reached $6.9B across 2,488 deals through the first three quarters of 2016, according to The US Early-Stage Tech Report published by CB Insights.

US-based early-stage (seed and Series A) technology companies saw a 12% increase in deal activity on a quarterly basis in Q3’16 with 810 deals completed across $2.29B in funding. Despite an increase in Q3’16, deal activity is down 21% when compared to the same quarter in Q3’15 which saw 1,028 deals. 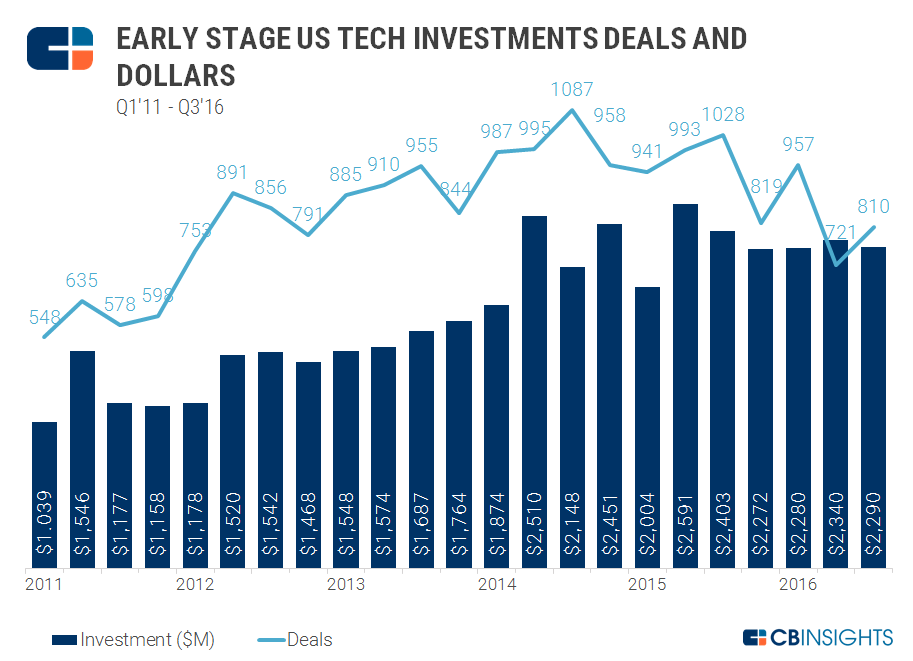 The internet sector has remained dominant as a share of early-stage deal share while the mobile & telecom sector has slowly declined. 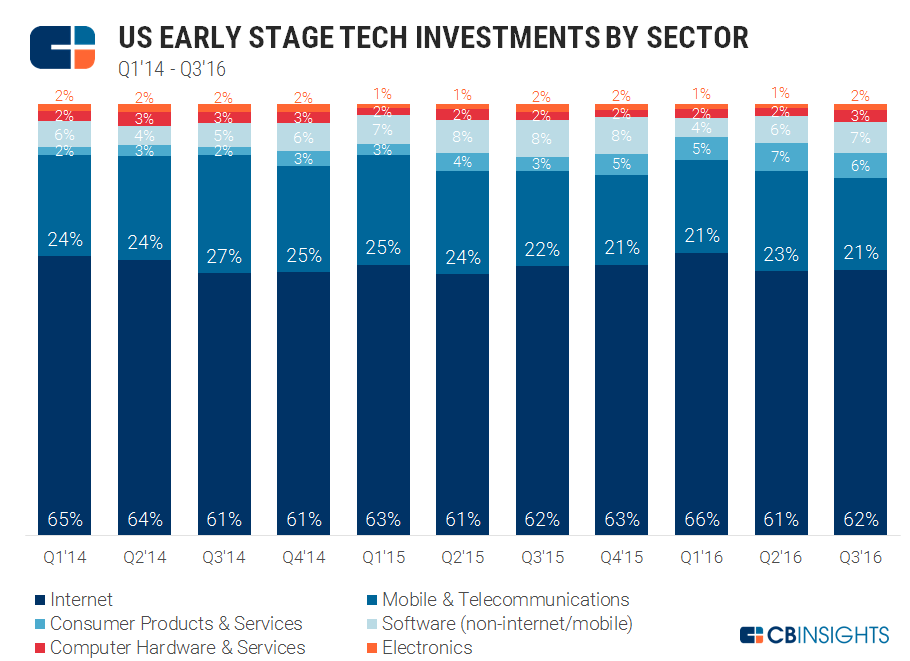 Want more data about US tech startups? Log in to CB Insights or sign up for free below.