Research Brief
2543
Though early-stage US tech deals bounced back in 2016 after a slump in activity in December, it is still not a full-fledged comeback. Seed deals jumped in size.

Looking specifically at US tech seed deals, February was the top month for median deal sizes in the past two years, at $1.9M. In general, the data shows that US tech early-stage deals have been increasing in size over the last two years.

Though the numbers in February 2016 were higher than in November and December, it was still below the average monthly funding number in the last 24 months, which was $736M. Some of the top deals this month included Series A rounds raised by biomedical data analytics company Seven Bridges ($45M) and wireless services company Federated Wireless ($22M). 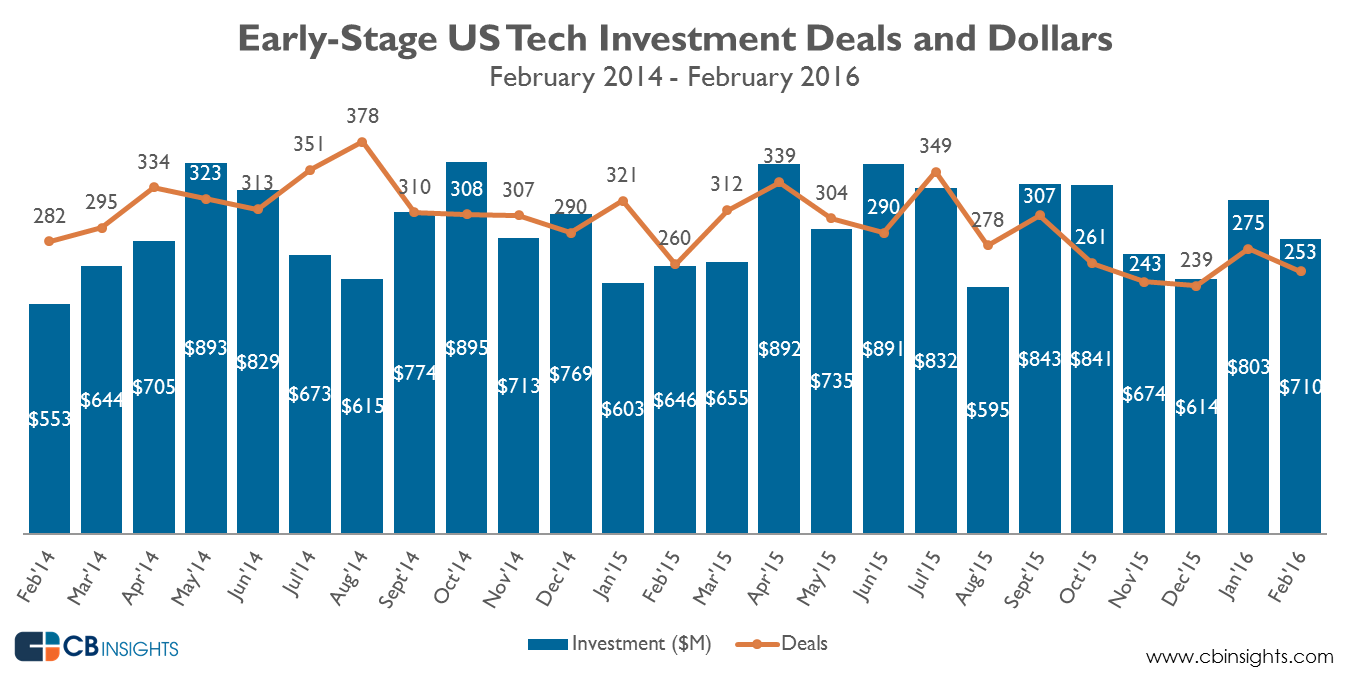 Though the average deal size dropped from $5.3M in January to $4.5M in February, it was still higher than the monthly average deal size of any other month in the past two years. Early-stage includes seed/angel and Series A rounds. 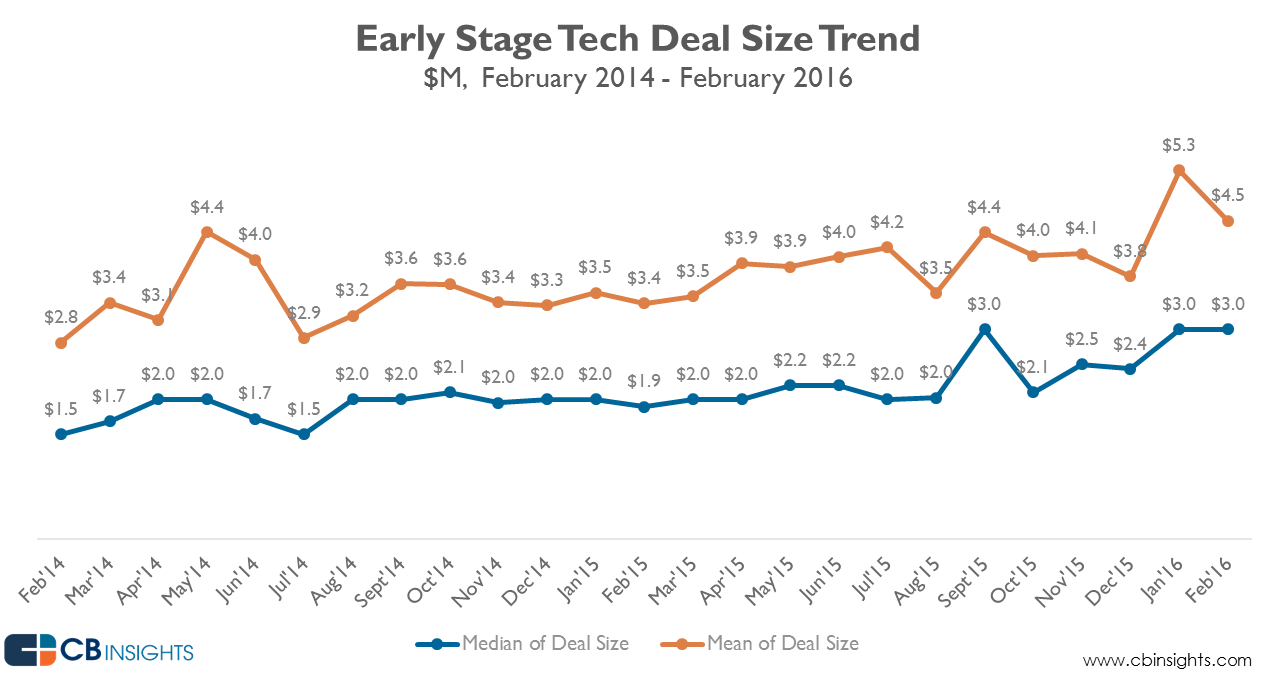 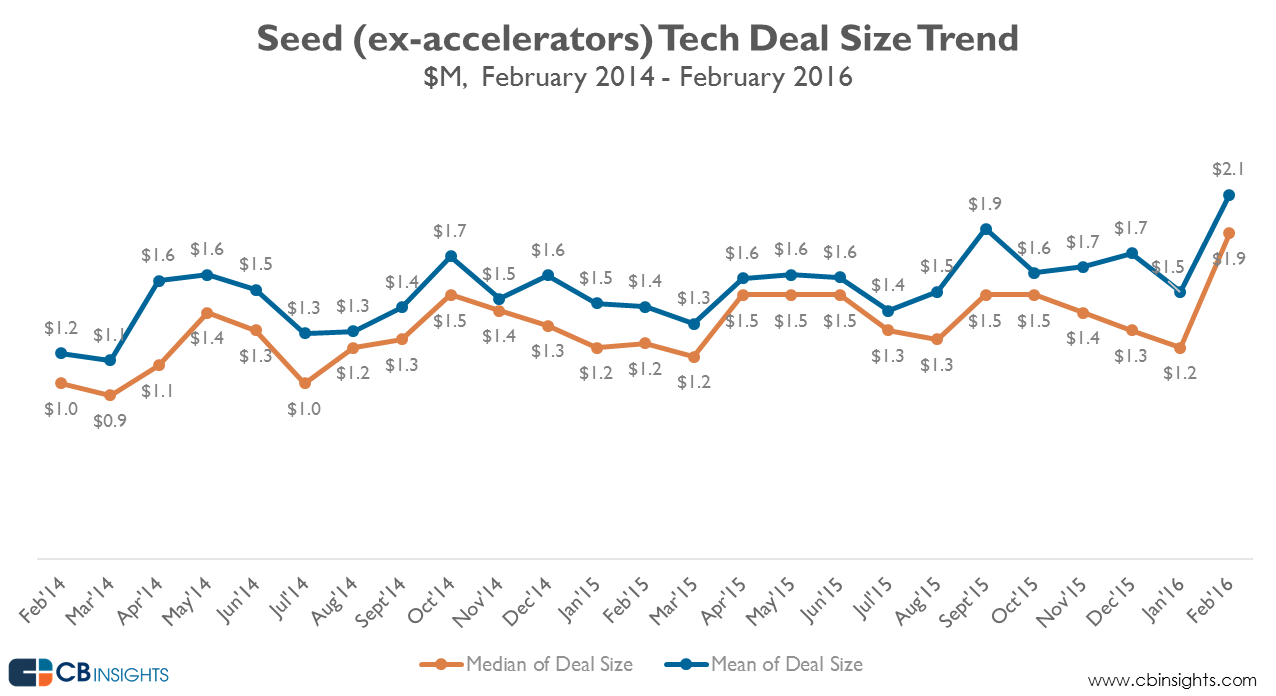 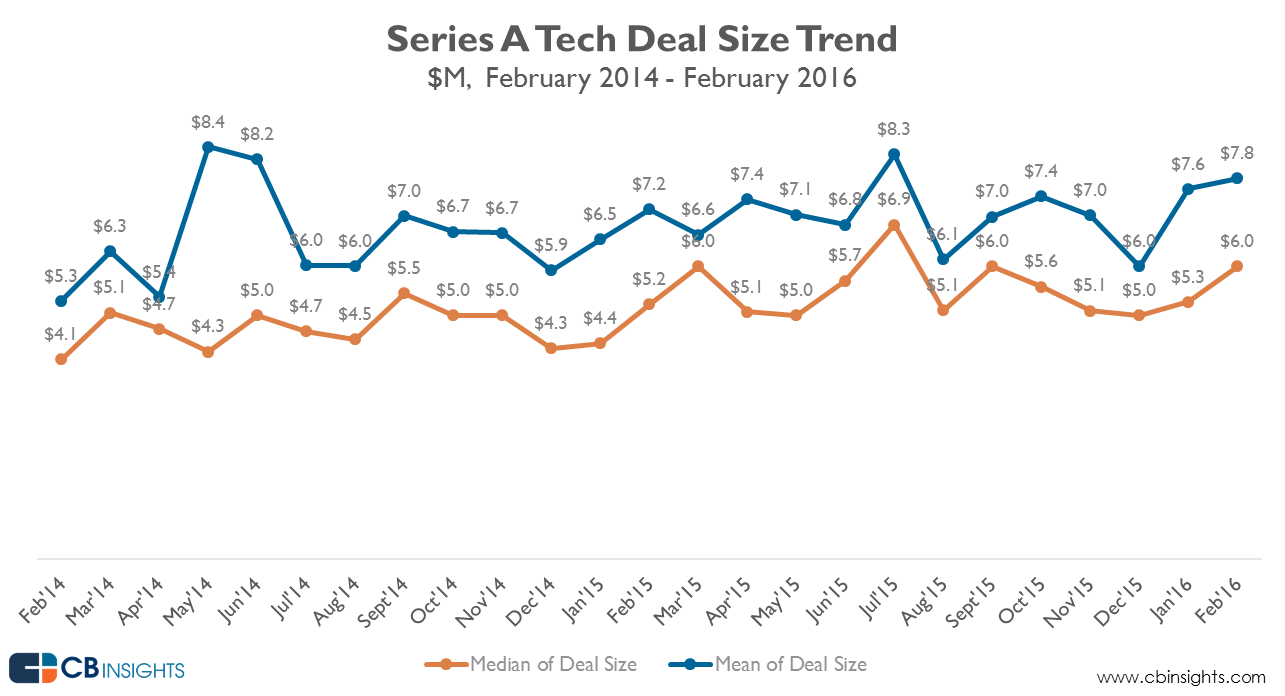 Mobile deals bounce back in February

Internet deals continued to dominate in February. Mobile and telecom deal share, which reached a two-year low of 18% in January 2016, bounced back in February to 24%.

Deal share in the consumer products & services sector was higher in January compared to previous months, but dropped once again in February by 3 percentage points.

Internet startups continued to account for the highest share of dollars in February — consistent with the trend in the last two years.

Mobile sector dollar share has remained constant over the last 3 months at 20%, down by more than half compared to January 2015, when they hit 42%.

The previously-mentioned Series A round to Seven Bridges was the largest US early-stage tech deal in February. The round came from Kryssen Capital.

We used CB Insights Mosaic algorithm to identify 20 early-stage companies with the highest momentum scores — a measure of a company’s traction based on social and news mentions, web traffic and jobs data, among other factors.

Sign up for our venture capital database below for more information on early-stage companies.