Research Brief
1697
A look at tech's largest early stage deals in February 2015 as well as the companies with the most momentum.

February saw over $1B going to early-stage startups across over 400 deals. The report below details early stage (angel – Series A) technology financings and some of the hottest early-stage tech companies based off of social media, news, and web traffic momentum that were funded in February 2015.

Early-stage Tech deals increased to their second highest figure in the past year at 422 deals, up 21% month-over-month. Early-stage Tech startups raised over $1B for the sixth straight month.

The median round size across all early-stage Tech deals remained fairly range bound in February, at $1.6M, the sixth straight month of $1.5M or above.

We’ve been seeing this “plateau and rise” phenomena over time and as more money flows into the early stages, it is likely that round sizes will continue to bump up. 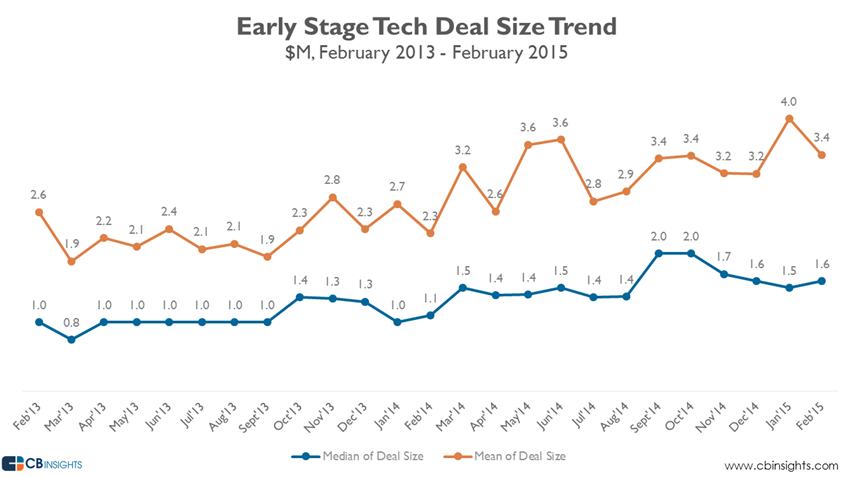 ANGEL ROUND SIZES CONTINUE TO SHRINK

When we disaggregate early stage rounds, we see that mean angel round sizes in Tech continued to slide drastically, as they reached their lowest point since February 2013. Median round sizes also fell to $0.65M, their lowest figure since November 2013. 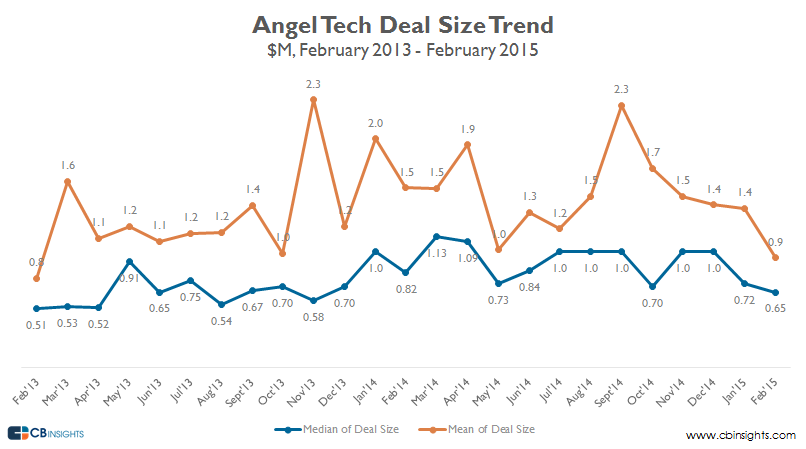 Seed deal sizes in Tech fell to $0.91M in February. Despite the slight decrease, deal sizes were still up 25% versus the same month a year prior. 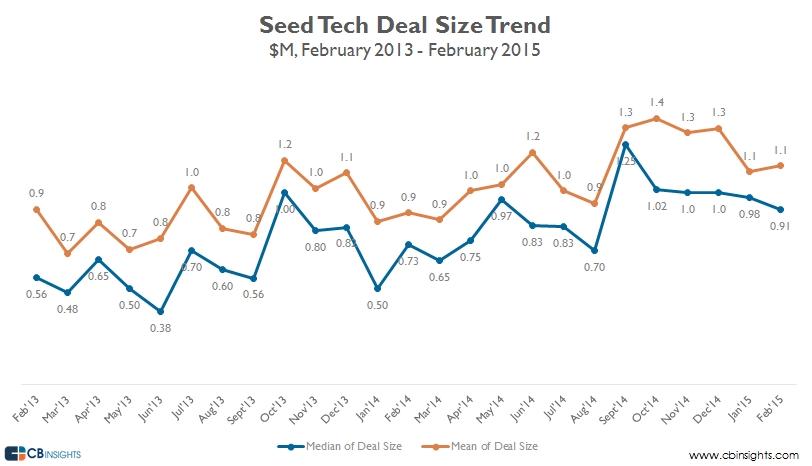 MEAN SERIES A DEAL SIZE COMES BACK TO EARTH

After online-to-offline commerce platform HuiMin.cn raised a $100M Series A in January, mean rounds fell back down to $7.54M in February. Median Series A round sizes in Tech remained above $5M for the sixth straight month and show the plateau & rise trend we’d observed above for early stage tech overall. 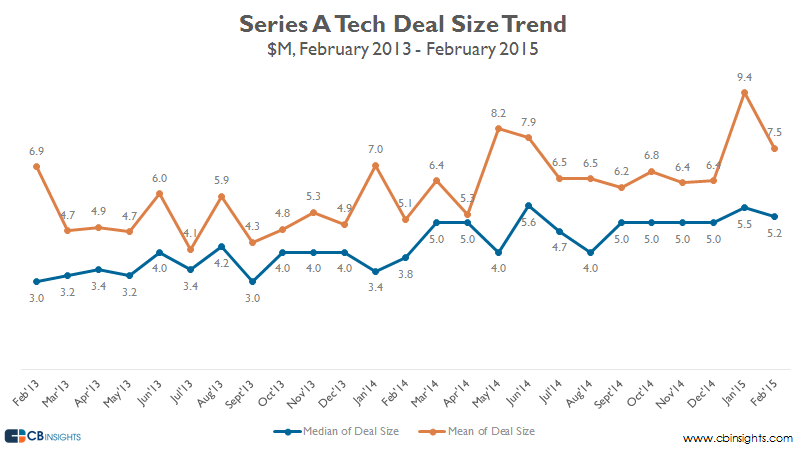 Mobile startups made up just 24% of all early-stage Tech deals in February, down from 30% in January, and their lowest point since April 2014. Internet took over 60% of all deals for the second straight month.

Internet startups garnered 63% of the investments dollars in February, driven in part by DriverUp’s $50M Series A financing. Mobile fell to just 24% despite multiple $15M+ Series A financings to companies like Luxe, Reserve Media, and Branch Metrics.

DriverUp, an online marketplace for automotive financing was the largest US early-stage Tech deal in February, raising $50M from RRE Ventures and Emerald Development Managers. Springpath was the second largest US deal, as the data storage and virtualization company came out of stealth with a $34M Series A from NEA, Sequoia Capital, and Redpoint Ventures.

500 Startups continued to dominate the early-stage investment landscape as the most active VC in February. Atlas Venture was second with investments in gaming company Proletariat, as well as Youtube marketing platform Grapevine Logic.

Payments startups saw the largest deal growth of any Tech sub-industry in February 2015 vs. the same month a year prior. International Payments companies drove the growth including a pair of financings to Africa-based BitPesa and Paykind. Internet and Mobile healthcare startups saw the largest decline, as less than 10 early-stage deals were done in the space in February. 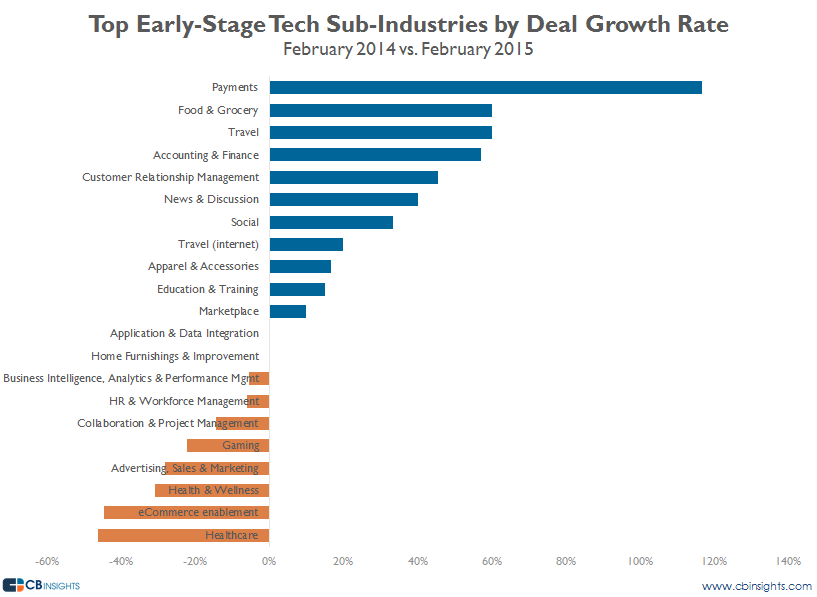 We tracked overall news mentions as well as web traffic metrics (pageviews, reach, rank) and Twitter mention growth for early-stage Tech companies that received financing in February 2015. Below are the 4-20 ranked companies in each metric. The full top 20 is available to CB Insights customers on the Research tab.