March saw over $1.5B, a multi-year high, going to early-stage startups across over 450 deals. The report below details early stage (angel – Series A) technology financings and some of the hottest early-stage tech companies based off of social media, news, and web traffic momentum that were funded in March 2015.

The median round size across all early-stage Tech deals fell to its lowest figure since February 2014, at $1.3M. Median early-stage deal sizes have now fallen in 4 of the last 5 months.  Averages tick up as a handful of large early stage deals serve to bring up the averages. 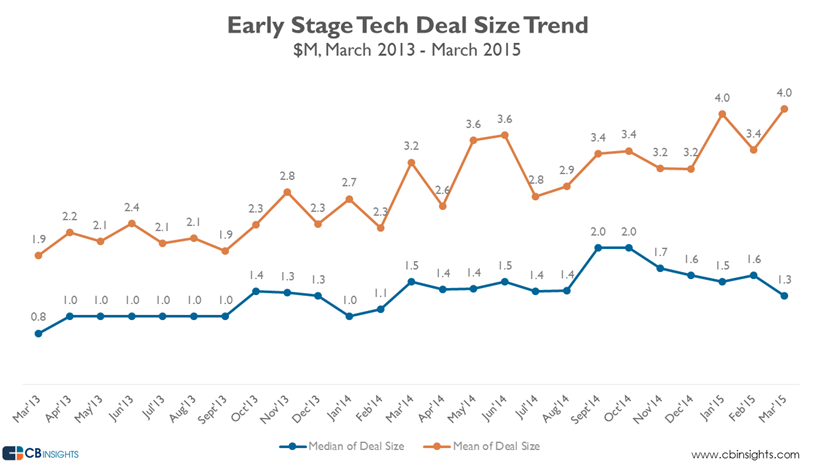 ANGEL ROUND SIZES POP IN MARCH

After mean and median deal sizes fell in February, Angel rounds jumped to $1.58M on average, and $1M on a median basis. Median angel round sizes have now reached $1M+ in 7 of the last 12 months. 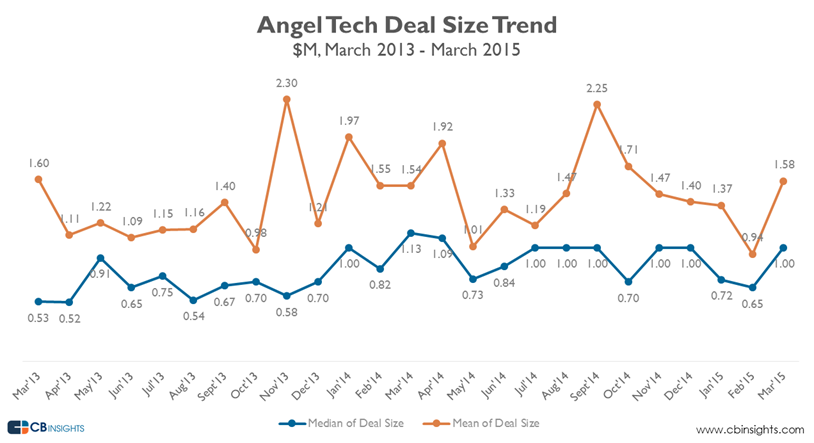 Median Seed deal sizes in Tech fell 30% to $0.63M in March, their lowest number since January 2014. Mean Seed deal size also fell drastically to $0.86M, matching March 2014’s round size.  Seed deal sizes have been trending down over the last many months. While the large Seed deals do get a lot of attention, they remain the exception. 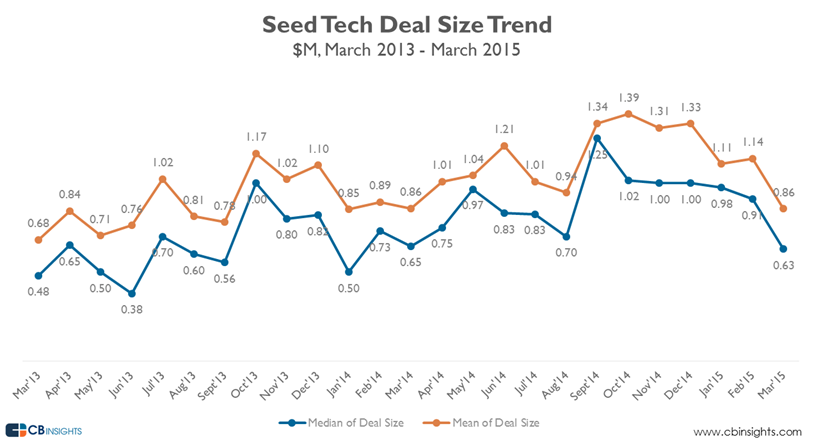 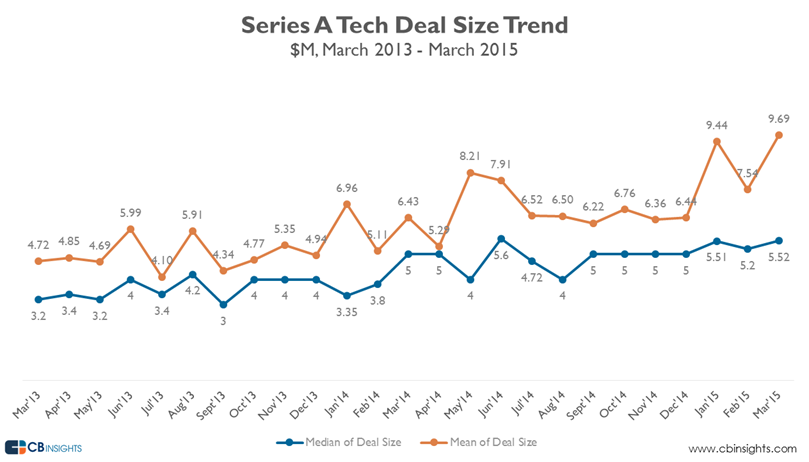 Mobile startups bounced back from just 24% of all early-stage Tech deals in February, to 28% in March. Internet deals fell from their 12-month high of 68% to 63% in march.

Internet startups have now captured 60%+ dollar share in 10 of the last 12 months, as they took 62% of early-stage Tech investment dollars in March. Mobile accounted for 25% of funding, as all other sectors remained range-bound.

East Ventures was the most active early-stage Tech VC in March. The Indonesia-based VC invested in a slew of Seed deals including Shopback, Oddle, and Polyglots, among others. 500 Startups was second with multiple Seed and Series A investments including Visual.ly and Zipmatch. 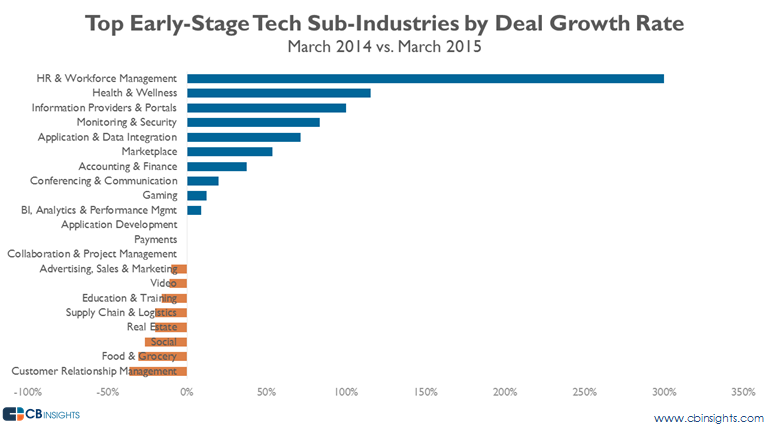 We tracked overall news mentions as well as web traffic metrics (pageviews, reach, rank) and Twitter mention growth for early-stage tech companies that received financing in March 2015. Below are the 4th to 20th ranked companies in each metric. The full top 20 is available to CB Insights customers on the Research tab.

Want more data on early-stage tech financings? Login to CB Insights or sign up for free below.